Cryptocurrency: accountants look beyond the horizon

Fintech academic and chartered accountant Gavin Brown examines the advancements of the volatile crypto market and outlines what may lie in wait for accountants managing such decentralised currencies.

You would be forgiven for thinking that cryptocurrencies are the only asset class in town rather than a wannabe credible investment portfolio constituent. The media attention which accompanies the rapid bull and bear cycles of Bitcoin and altcoins such as Ethereum and Cardano is comprehensive and arguably overrepresented by column inches. However, in a world of vanishing, near-negative yields and lower for longer base rates, this largely unregulated investment space is still the talk of many Zoom catch-ups.

At the time of writing, Bitcoin is priced at just over $36,000 (equivalent to $680bn market cap) versus a previous all-time high of almost $64,000 per BTC earlier this year. There are more than ten thousand cryptocurrencies with a positive tradeable value on at least one exchange. A shocking number for many, given that the United Nations recognises only 180 currencies globally as legal tender.

While not all cryptos are attempting to be new versions of ‘money’, this new frontier can be viewed as a land grab where first-mover advantage has never been so important. Indicative of such nascent technologies, a major barrier to entry is convincing people that new money or token has value. This is a psychological challenge previously preserved as the monopoly of governments the world over and their respective fiat currencies and associated monetary policies, albeit no longer on the gold standard with respect to the former.

Money, however, is still a construct of our collective consciousness which is nudged by the ultimate need to pay both our corporate and personal taxes in currencies decreed legitimate by centralised incumbent institutions of power, eg tax authorities, regulators, central banks, law enforcement agencies, retail banks and governments.

There is limited momentum that such institutional restrictions are easing. In Switzerland, since last year it has been possible to pay up to CHF 100,000 (c.£79,000) of your personal tax liability in using Bitcoin or Ethereum. Fast forward to the present day, and El Salvador’s President Nayib Bukele has announced plans to make Bitcoin legal tender and add it to the nation’s balance sheet. It is the first country in the world to make such a bold move, and Bukele rationalised the decision by stating it will “generate jobs and help provide financial inclusion to thousands outside the formal economy”.

Despite the dips, the trajectory of cryptocurrency prices has been upwards this past decade or so since Satoshi Nakamoto launched the Bitcoin white paper in the depths of the 2007-09 financial crisis. The inaugural Bitcoins were minted in the Genesis Block on 3 January 2009, and have been continuously produced and validated ever since using a now battle-tested underlying decentralised (ish) and permissionless blockchain platform.

The recent price volatility of cryptocurrencies has been further exacerbated by the inclusion of Bitcoin as a treasury reserve asset by Tesla earlier this year – a whopping $1.5bn strategic bet. This move was quickly reversed just the following quarter when Elon Musk announced that due to environmental concerns Tesla would not be accepting Bitcoin as a functional currency as previously planned. Note that he has still committed to maintaining their balance sheet holding of Bitcoin (estimated to now be worth $1.568bn, post their disposal of $293m of their Bitcoin holding in 2021). This commitment by Tesla could be interpreted as a strong buy signal for future speculative Bitcoin capital price gains, but many have since followed Musk’s ESG migration to focus on the best, or worst, cryptocurrency joke – DogeCoin – now valued at $0.38 per DOGE, or $49bn.

An environment of opportunity and threats

The technological advancements driving this brave new world include cryptography, distributed computing and the continued growth of mobile communications. These tenants of the Fourth Industrial Revolution are exciting and confusing, perhaps in equal measure, blurring the lines between our expected perceptions of what money is, where it comes from, who can create it and how can it be both stored and moved? Couple this with the leveraging of this same technology to create instruments such as non-fungible tokens (NFTs) and we have an environment of opportunity and threats to both business models and reputations alike.

Indicatively, just last month, Natwest warned online app customers about ‘cryptocurrency scams,’ whilst at the same time, many large US banks such as Wells Fargo were reportedly keen to offer crypto investment opportunities to high net worth clients. Scared to move too soon but also keen not to be left behind. What to do?

As accountants, we are used to dealing with points of technical concepts and making material corporate reporting judgments. The Financial Accounting Standards Board (FASB) is responsible for creating accounting principles (GAAP) to facilitate reporting of cryptocurrency, but as yet there is still no accounting standard specific to cryptocurrencies. Typically, under US GAAP and IFRS intangible asset accounting is applied. Importantly, they are not classified as cash or cash equivalents because they are not presently legal tender. Nonetheless, when held on balance sheet by listed corporates the potential exists for volatility spill over from the crypto price markets to our established equity capital markets.

Expect more tax and accounting regulation of cryptocurrencies as both our understanding and price (perhaps) continue to increase. These developments will be further complicated as corporate-issued currencies (eg Facebook’s Diem stablecoin) and nation-state central bank digital currencies (CBDCs) like China’s digital Renminbi both look likely to launch later this year. A three-way fight for the future of money is on – cryptocurrencies vs CBDCs vs corporate-issued currencies – and at this stage, it’s impossible to pick a winner.

Gavin Brown is an Associate Professor in Financial Technology at The University of Liverpool and Fellow of the ICAEW as a chartered accountant. 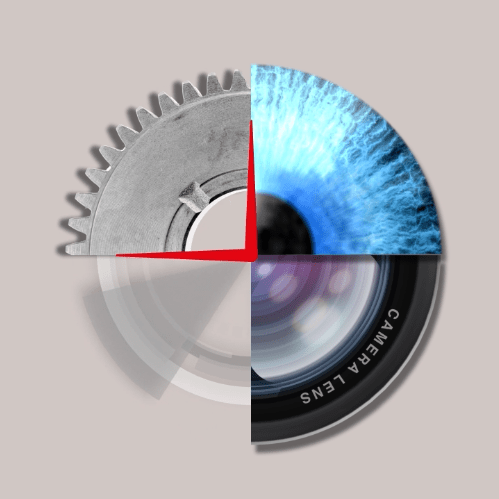