Philippa Kelly, head of financial services at the Financial Services Faculty, looks at some of the challenges surrounding disclosure of expected credit losses. She explores where to expect comparability, key judgements to understand and the use of multiple economic scenarios, among other things. 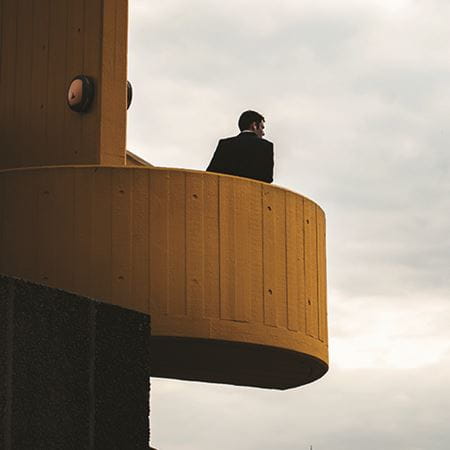 IFRS 9 Financial Instruments provides brand new information and requires those reporting under the new standard to make a multitude of choices in calculating expected losses. This means that disclosure can be tough to navigate and be made meaningful, despite extensive efforts on the part of the banks. What investors may primarily want to assess from the disclosures is the quality of lending and how conservative, or not, a bank is in their provisioning methodology, which should allow them to compare institutions.

Investors were braced for impact on transition to IFRS 9, and provisions across the industry did increase significantly, by between 16% and 58%. The hit to regulatory capital differed depending on whether a bank used the standardised approach or the internal ratings-based approach to calculate their risk-weighted assets. It was also offset by the traditional arrangements, the classification and measurement effects on reserves and the impact of deferred tax assets. The combination of factors means a comparison of IFRS 9 starting points is not straightforward either. At the end of 2018 there was a decrease in total provisions of between 2% and 34% due to stage three write-offs.

When can we expect comparability?

The recent benign economic environment has meant we’ve yet to see the full effect of how IFRS 9 may increase the volatility of financial results. How firms cope in an economic stress will also depend upon their business model and growth expectations. The use of overlays as IFRS 9 beds in also decreases transparency where firms don’t explain how the overlay was derived or calculated. This has been seen frequently with regard to Brexit-related post model adjustments (PMAs). External factors aside, it may still be difficult to achieve the comparability that would make results more meaningful for investors and other users of accounts. Regulatory pressure and peer learning may narrow differences.

In order to assist in the presentation of comparable disclosures it could be useful to develop a benchmark for how significant increase in credit risk is assessed and reported. This would give users further information about an institution’s risk appetite.

The requirement for the use of multiple economic scenarios in calculated expected losses under IFRS 9 requires a multitude of decisions to be made. Many institutions are still at the stage where models using multiple economic scenarios will only take the calculation so far, and PMAs are necessary. Whatever else happens, it will be important for banks to disclose how their approaches are being refined as they move away from PMAs.

Many different layers need to be understood before the impact of multiple economic scenarios can be assessed. If the impact of the scenarios on the overall provision is low, this implies the loan book is not sensitive to future economic conditions, which seems unlikely. It would also be unexpected if the upside scenarios and downside scenarios were to offset each other.

Taking just one aspect of the disclosure around multiple economic scenarios, the weighting assigned to each of the scenarios (as well as simply the number of scenarios used) raises some interesting questions which need answering if we are to truly understand their impact on expected credit losses.

Looking at this year’s disclosures, only one of the large institutions, Barclays, considered that things are more likely to get better than worse. Rather than jumping to conclusions about their optimism, it’s worth considering what else this may tell us, for example, a more pessimistic base case.

Lloyds scenarios are more evenly distributed than the other banks, implying a more uncertain number. But this depends on what exactly the scenarios are and the key differences between them.

These are just two examples of where disaggregated disclosure is needed to properly understand and process the information that IFRS 9 now provides for the users or accounts. However, the challenge remains to make disclosure meaningful, not just more transparent. Over time, the need for more benchmarking and an approach to how common information, such as a shared central scenario, could play into IFRS 9 may move the debate further.

As financial reporting more frequently looks to the future, such challenges will increase, upping the ante for preparers, auditors, users and regulators alike if we are to make best use of the information.

Banks are worlds apart (sometimes quite literally, and sometimes just in IFRS 9 terms) but there is common ground to be found.

ICAEW Know-How resources are produced by the ICAEW Faculties – centres of technical excellence, committed to enhancing your professional development.