HMRC's use of nudge theory on taxpayers

ICAEW technical manager Angela Clegg gives her views on HMRC’s use of the nudge theory to encourage taxpayers to act in a certain way. 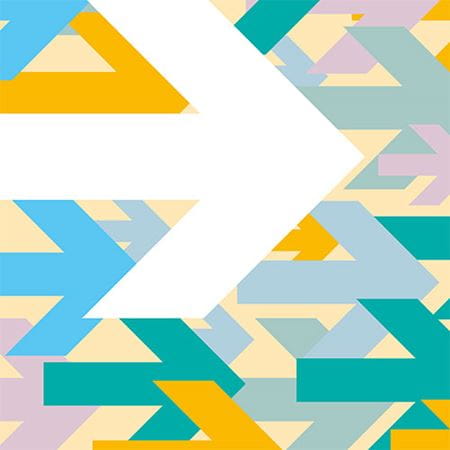 Members regularly bring to my attention examples of HMRC issuing letters ‘inviting’ taxpayers to act in a certain way. Reactions vary widely. Some might call it non-enforced compliance; others simply want to understand the statutory basis for such letters. This type of HMRC activity is not driven by statute, but by behavioural science, and divides opinion.

Nudge theory is a concept of behavioural science made popular in 2008 following Richard Thaler and Cass Sunstein’s book, Nudge: Improving Decisions About Health, Wealth, and Happiness. Thaler went on to win the Nobel prize for economics in 2017 for his work in this area.

Nudge theory is generally used to describe situations where nudges are used to encourage behaviour that improves the life and wellbeing of people and society. In the UK, the government established a ‘nudge unit’ called the Behavioural Insights Team some years ago. The US, under the Obama administration, also embraced these techniques, forming the Social and Behavioural Sciences Team.

What is a nudge?

Nudge is widely used, particularly in social, economic and political agendas. Perhaps the most popular (and in my view amusing) example is the image of a fly painted on a men’s urinal. Apparently, men can’t help but take aim. To quote Thaler and Sunstein: “To count as a mere nudge, the intervention must be easy and cheap to avoid. Nudges are not mandates.”

On a more serious note, nudge was used to encourage us all to save for our old age. Auto-enrolment was a huge project and statistics indicate a very successful one. The Pensions Regulator’s most recent report states that the proportion of private sector eligible staff participating in a workplace pension has increased sharply from 41% in 2012 to 82% in 2017. This was a ‘nudge’ because there was still freedom of choice; we all had the chance to ‘opt out’.

A more topical and emotive example of nudge theory is organ donation. From spring 2020, all adults in England will be considered an organ donor when they die unless they had recorded a decision not to donate or are in one of the excluded groups. This is often referred to as an ‘opt-out’ system or ‘presumed consent’. Spain has led the world in organ donation, and many would suggest this is because of their opt-out system. A clear example of how nudge theory has the possibility to influence society to bring about life-changing results.

The first time I saw nudge theory in the context of my clients was when HMRC introduced the Employee Benefit Trust (EBT) settlement opportunity in 2011. Participants in such tax avoidance schemes received nudge letters suggesting that they might want to consider settlement, often outlining the status of any litigation and providing a point of contact at HMRC who could assist or even prepare computations of potential liabilities for them.

This did appear a genuine nudge; the letters were not overly confrontational, agents were routinely informed and taxpayers were given a choice. Similar letters were issued to the participants of a wide range of tax planning schemes (not limited to EBTs) over the next few years (and still continue).

Over time, HMRC’s use of such measures has on occasion taken a different approach. In the context of settling tax avoidance now, it is often suggested to participants that they should sign a certificate confirming that they won’t undertake such planning schemes again including any that are ‘contrary to the intentions of parliament’. Many clients (even those who are tax professionals themselves) can look baffled at this and ask, “how can we be sure of the intentions of parliament?”

HMRC has issued nudge letters to many taxpayers where it has received information (largely through the automatic exchange of information with other jurisdictions) that the individuals have offshore income or gains.

The letters are very formally worded from HMRC’s Risk and Intelligence Service and often include a Certificate of Tax Position. The letters state that the taxpayer must sign this certificate to confirm that their tax affairs are up to date or alternatively confirm that they will bring their affairs up to date using the worldwide disclosure facility. A stark warning is also made within the certificate that making a false statement could result in criminal prosecution.

The letters have been widely criticised for several reasons. They do not make clear that there is no legal obligation to complete the certificate and while HMRC has indicated that the procedure should be to review individuals’ tax returns prior to issuing the letters, this is not happening in all cases. Clients who are compliant are left feeling intimidated and often consider themselves ‘under investigation’. Unnecessary time and costs are incurred in dealing with such letters. Where there is no prior check of the information held, HMRC is using nudge to influence choices and behaviour without the full knowledge of all the facts and circumstances to be clear the particular outcome being suggested is appropriate.

As discussed above, a nudge is not a mandate. I fear that the tone and wording of these letters is beginning to stray beyond the behavioural science from which they originated. I am particularly concerned given that the taxation of offshore income, especially for non-domiciled individuals, is a very complex area of tax. It is entirely conceivable for errors to occur in good faith and without the knowledge of the client, who may rely entirely on advisers.

HMRC is enticing individuals to sign a certificate around compliance in a very complex area of tax law and making clear this could be used as evidence in criminal proceedings. We are informed that on occasion this is being done without a check of existing self assessment records and to make matters worse without ensuring the taxpayer’s agent is informed; practices which in my view, should stop immediately.

I have seen nudge used to open a dialogue between the taxpayer and HMRC around specific issues on an informal basis. A recent example is a letter from HMRC querying where company cars are provided to employees with no associated car fuel benefit. This letter requests that the taxpayer review the position and make good any tax should any inaccuracies be identified. Another example is the VAT upfront honesty declaration trial (see practical point 188, page 20).

Correcting historic errors outside the parameters of a statutory process such as a HMRC enquiry can be much less painful for taxpayers with reduced correspondence and less demands on both HMRC and management time. Once a formal process is opened, HMRC is required to consider penalties and the behaviours which led to the errors.

I recall a taxpayer whose tax bill was routinely seven figures. This individual missed a bank account (containing less than £50,000) off their return. The interest was very modest, and the omitted tax liability could only be described (in the context of their affairs) as insignificant. It was clear that this was just an innocent oversight by the taxpayer. The individual found themselves under enquiry and in a lengthy debate with HMRC over whether the omission was deliberate (an argument that was later conceded by HMRC). I imagine the taxpayer would have welcomed a gentle nudge from HMRC as to whether all their bank accounts had been included on their return.

So, on balance, what do I think? I think HMRC will continue to use nudge theory to ensure we pay the correct amount of tax. And I can’t argue with that. It’s effective not only in collecting the tax but minimising the use of HMRC resources. The reality is that it is often more efficient for all parties to work collaboratively with HMRC on an informal basis to correct historic issues and I wouldn’t want to discourage HMRC from working in this way. However, as the taxpayer’s charter makes clear, HMRC should ensure agents are informed and this is of paramount importance. I would question how appropriate it is to instruct a client to sign a certificate where there is no statutory basis, particularly where criminal proceedings are referenced, unless risks have been properly identified to suggest this is the best course of action. You may argue that such activity should be reserved for enquiries under Code of Practice 9 in any event.

In summary, HMRC, please feel free to continue giving us a nudge but reserve the heavy-handed blows for those who’ve been risk assessed, politely informing their agent first, of course.

Angela Clegg, technical manager at the Tax Faculty with responsibility for the SME business tax committee