How to attract accountants in high demand

How do businesses recruit good finance professionals in an overheated market? In this climate they are hard – but not impossible – to attract, says specialist recruiter David Clark.

As companies turn their attention towards recovery and growth, hiring the right accounting professionals is an essential next step. For example, almost a third of C-suite level executives say increased data analytics is a priority focus area for their company, according to Robert Half Talent Solutions.

“In the UK, finance professionals have never been more important – or sought after,” according to David Clark, Operations Director at finance recruiter Headstar. “They've been relied upon heavily over the last 18 months. Business owners and boardrooms have needed a lot of financial information to run their businesses during COVID and realistically, I expect that to go on for a while, as businesses start to recover and service their built-up debt.”

Salaries go up and down according to the market

Handling salaries is an important factor among CFOs, says Clark. “Some complain that they have to offer their candidates more money because the markets are bad, but that’s how a market works”, he said.

When there's a high demand for good candidates and supply is low, employers may end up offering more generous salaries or benefits packages.

Clark added: “Markets go up and they can go down, it's about rewarding people in the right way. Companies have to respond to the market and position salaries accordingly.”

However, this can put CFOs and finance directors in a difficult position when signing off on higher salaries for new people, putting them potentially in opposition to current staff, if they find out they could become uncomfortable with fresh employees who are being paid more than them.

“Ultimately, it's difficult to pay everyone the same when they come into an organisation at different times, when the market can be good or bad,” says Clarke. “It's a business' duty to make sure they are paying fairly by benchmarking salaries every now and again.”

Aside from salary, work-life balance (including flexible working) is the most important factor for over a third (34%) of professionals when considering a new role, according to Accountancy Careers. Home or remote working is the most sought-after flexible working option (61%), which is particularly high compared to the UK average of 50%.

Clark suggests that companies should concentrate more on offering flexible working and being very explicit about it. It’s now really important to the modern job seeker, he argues. And this doesn’t mean simply putting “flexible working” as a bullet point at the bottom of a job advert. Employers should consider explicitly advertising that employees can work at home or their office and will be provided with the technology to support this. “Flexible working needs to be a genuine offer, not just lip service,” says Clarke.“It needs to be a real arrangement rather than an afterthought.”

It’s all about marketing

“Everyone’s asking the same questions: “Why can’t I find anyone? Do I need to offer more money? Do I need to change the title?” added Clark. “The issue is usually more fundamental than that; you need to market your job better. Stop copying and pasting a job specification onto a job board and expecting people to get excited about it, especially right now when confidence is so low. Write an engaging advert that conveys practical reasons why working at your place is significantly better than where someone might be now.”

Clark believes that businesses can’t get this for free. Whether that's spending more money on an in-house recruiter with considerable sales and marketing skills, or going out to a decent agency rather than the cheapest bidder. “If an agency or in-house recruiter impresses you with how articulate they are and how well they market themselves, they'll be able to market your business and job in a much more credible way to the people you want to hire - they'll be able to get better engagement. If you don’t invest in recruitment in this market, you’re going to waste a lot of your time and get very frustrated in the process.”

This article is from an ICAEW Insights series on Navigating the new employment landscape for finance professionals. Click here to access the full four-part series. 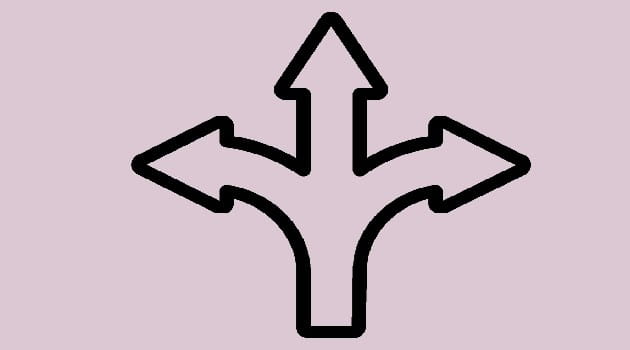