Thousands of people are forced into some form of slavery each year in the UK. Chartered accountants have a powerful role to play in stopping this.

25 September: Significant changes have been proposed in response to the transparency in supply chains consultation

28 May 2020: the Home Office has confirmed that organisations can delay publication of their modern slavery statements by up to six months, but they will need to explain why.

Reporting in May 2019, the Independent Review of the Modern Slavery Act looked into the operations and effectiveness of the Act and suggested potential improvements.

What is modern slavery and why does it matter?

Chartered Accountants are in a unique position to effect real and permanent change. Here you will find practical guidance, webinars and other resources, brought to you by the Business and Management Faculty and Business Law Department, related to modern slavery, how to spot it and how to report it.

Watch this short video which explains why it matters.

Under the 2015 Act, many organisations must prepare a section 54 Transparency in Supply Chains Statement setting out how they identify and mitigate the risk of modern slavery and human trafficking in their supply chains.

Webinars and information on how to spot modern slavery victims and practices.

ICAEW’s latest educational drama film, All Too Familiar, examines the role of professional scepticism in the fight against economic crime. Produced in collaboration with HMRC, the film looks at a real life scenario of how firms and individuals may inadvertently become ‘professional enablers’ for criminals involved in everything from financial fraud to modern slavery and terrorism.

HMRC has issued new guidance on the fraudulent activities of so-called ‘mini-umbrella companies’ sometimes created to avoid paying tax and national insurance. ICAEW’s Tax Faculty calls on members to ensure they are informed.

A number of news stories over the last year have made the general public increasingly aware that modern slavery and human trafficking still blights the 21st century.

A number of news stories over the last year have made the general public increasingly aware that modern slavery and human trafficking still blights 21st century world trade.

The scourge of modern slavery has risen steadily up the public agenda in recent years and it is incumbent on ICAEW members to be vigilant about it, writes ICAEW CEO Michael Izza.

5 February 2021: Increasingly it is not enough to claim ignorance of modern slavery in a business or supply chain. Doing so may prove very costly to your reputation and your bottom line.

8 October 2020: Revelations about poor working conditions in small UK clothing factories may not have proved to be modern slavery, but certainly acted as a wake-up call. Can this also prove a catalyst for change?

26 June 2020: The pandemic increases the risk of modern slavery practices across supply chains, but it could be a chance to do more to eliminate it. 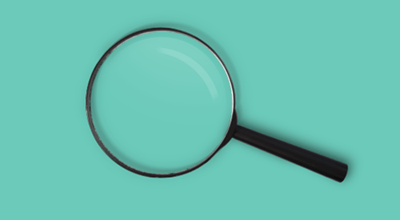 Get an opinion from the experts. Our experienced technical advisors can help you with your questions and offer practical advice on a wide range of specialist topics.