This year’s Public Sector Conference will focus on governance, which has become a key issue in the public sector following the COVID-19 pandemic. Governance weaknesses have contributed to recent public sector financial management failures and our conference will look at the lessons that should be learnt.

Obtain ideas about the role you can play to improve governance and risk management in your organisation.

Those on the frontline of public sector governance will share their experiences and learnings.

Learn about the importance of public sector governance and the ways you can make a difference.

Panel: Lessons learnt from failures of governance
Governance weaknesses have been a major contributory factor in some of the recent high profile financial management failures in local government. Our 3 panellists have all played a leading role in trying to address the gaps in governance in this sector in recent years and will share their insights about what public sector organisations need to do to avoid their own governance failures. | Paul Dossett, Partner and Head of Local Government, Grant Thornton | Sir Tony Redmond, Chair of Nottingham City Council Improvement Board and author of the Redmond Review into the oversight of local audit | Adele Taylor, Executive Director of Resources and S151 Officer, Royal Borough of Windsor and Maidenhead
11:15 - 12:00

Why good governance matters in the public sector
As chair of the House of Commons Public Accounts Committee, Rt Hon Dame Meg Hillier MP, has a prominent role in holding the UK government to account on behalf of taxpayers. ICAEW is delighted that she will be giving the closing keynote speech setting out, from her own experience, why it is so important than public sector organisations get their governance right. | Rt Hon Dame Meg Hillier MP, Chair of the Public Accounts Committee
15:05 - 15:40 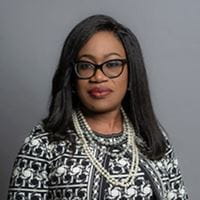 Mfon leads UK NAO’s Financial and Risk Management Hub. She is a Big Four trained multidisciplinary Risk, Assurance and Governance professional with over two decades of cross-border leadership experience across the financial services industry and beyond. Mfon has held roles at a number of blue-chip institutions, including the World Bank Group as a Risk Management Specialist, Standard Bank Group where she was the Chief Risk Officer and Regional Head of Risk for its operations in Nigeria and across West Africa, respectively, and Barclays Group Plc where she was an Audit Director. She is also an Independent Non-Executive Director (INED) on the Board of a UK bank. Mfon is a Sloan Fellow from the London Business School (LBS); a Fellow Chartered Accountant (FCA); a Certified Risk Manager (CRM); B.Sc. Accountancy graduate; and a British Chevening Scholar. 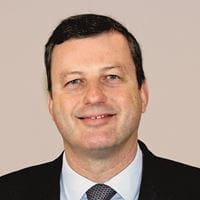 Gareth Davies was appointed C&AG on 1 June 2019. Before his appointment as C&AG, he was Head of Public Services at Mazars, a global accountancy firm specialising in audit, tax and advisory services. Prior to this, he was managing director of the Audit Commission’s Audit Practice. His experience spans financial and value for money audit, organisational leadership and Board governance. Gareth is a Fellow of the Chartered Institute of Public Finance and Accountancy and a member of the Institute of Chartered Accountants in England and Wales. 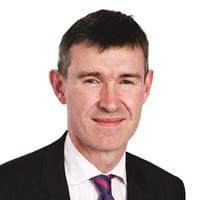 Paul has worked with public sector and not for profit clients for more than 35 years. His knowledge and experience is wide ranging, having dealt with different types of public and NFP bodies with financial, governance and performance issues. His current client portfolio includes Kings College NHS FT, Guys & St Thomas NHS FT and Camden & Islington NHS FT as well as numerous councils such as Cornwall Council, Croydon Council and Kent County Council. He is the auditor of the Corporation of London and a Freeman of the City of London. He leads GT’s NHS Counter Fraud Practice, is a Board member of a pan public services organisation Fighting Fraud Locally, a School Governor at Eden Primary Trust, as well as a Board member at the charity Here for Good. He leads business partner arrangements with both CIPFA and SOLACE and has presented at countless events on topics including the challenges of austerity and the opportunities offered by devolution. 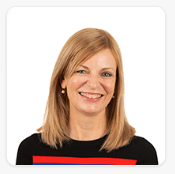 Ann-Marie studied French and German at Cardiff University before joining the National Audit Office, subsequently Audit Wales, where she has enjoyed a varied career as a CIPFA accountant undertaking financial and performance audit work. In 1999 she became the Private Secretary to the first Auditor General for Wales, establishing his Cardiff office and working on new devolution protocols. Ann-Marie chairs the Finance Skills Development Group – a pan-Wales collaboration of public bodies which promotes the value and importance of a career in public finance. In 2016 she won the prestigious Wales Women in Leadership Award. In March 2021 Ann-Marie was appointed Executive Director Audit Services for Audit Wales, where she is the professional lead for all audit work and for developing strategic and professional relationships with stakeholders and the wider profession. She is also a Trustee at Citizens Advice, a member of their Audit and Risk Committee and Chair of their Cymru Advisory Committee.

Meg Hillier is the Member of Parliament for Hackney South and Shoreditch and Chair of the Public Accounts Committee since 2015. The cross-party committee scrutinises the value for money of public spending and holds the Government to account for the delivery of public services. First elected in 2005, Meg has been a junior Home Office Minister and Shadow Secretary of State for Energy and Climate Change. 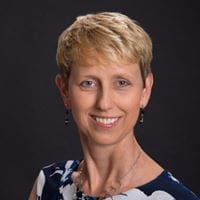 Julia qualified as an ICAEW Chartered Accountant in 1989 having first completed an honours degree in Accountancy and Finance at Brighton Polytechnic. Soon after qualifying she moved into a training role, initially teaching students and later moving into CPD training and technical roles. She specialises in audit, financial reporting and anti-money laundering and has worked for diverse organisations including Wolters Kluwer, Wilmington plc, Chantrey Vellacott and Baker Tilly (now RSM). Julia has been a Council member since 2013 and an ICAEW Board member since 2017. She was Vice-President for the year June 2020 to June 2021, Deputy President from June 2021 to June 2022 and currently ICAEW President from June 2022 to June 2023. 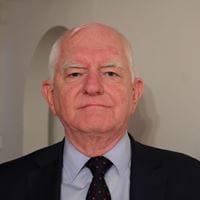 After a substantial career in local government, including roles as Chief Executive, two as Chief Financial Officer and, also Police Authority Treasurer, Tony was appointed Chairman and Chief Executive of the Commission for Local Administration in England and Local Government Ombudsman. Subsequently, he was a Local Government Boundary Commissioner, Treasurer of Unicef UK and Vice Chair of the Consumer Council for Water. Most recently, Tony led the Redmond Review into the effectiveness of Local Audit and the transparency of financial reporting in local government. His current roles include Chair of the Improvement and Assurance Board at Nottingham City Council, Course Director at Public Administration International, covering dispute resolution and governance, and Chair of Cipfa’s Charities and Public Entities Board. Tony was Knighted for services to local government in 2010 and is a Past President of Cipfa. 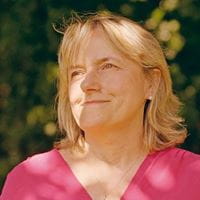 Alison joined ICAEW in 2020 as the Director of the Public Sector team, which supports members working in and with the public sector to deliver public priorities and sustainable public finances. ICAEW engages with policy makers, public servants and others to promote the need for effective financial management, audit and assurance, financial reporting and governance and ethics across the public sector to ensure public money is spent wisely. From September 2021 Alison is also the Director of the Tax team. The tax team leads on being the professional and public interest voice of ICAEW in the field of tax and maintains and enhances the reputation and status of ICAEW by improving the tax system through engagement and making representations to governments and the revenue authorities. Prior to joining ICAEW Alison worked at HMRC for 25 years and held the post of Commissioners’ Advisory Accountant. She previously worked in practice for several years where she qualified as a chartered accountant. 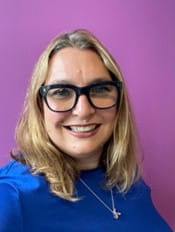 With a career in Local Government spanning over 20 years, and working for a number of different Local Authorities mainly in London and surrounding areas, Adele has a passion for the positive impact that finance and resource teams can have on our communities and our local areas. She is a Fellow of CIPFA, as an accountant by trade, and she is currently Resources Director at the Royal Borough of Windsor and Maidenhead (RBWM), who she joined in 2020 just as the impact in the UK of the global pandemic was emerging. She joined at a time when RBWM were going through significant change, even pre-pandemic, thanks to her interest and strengths around cultural and service change, especially assisting organisations on their improvement journeys and true transformation of services. 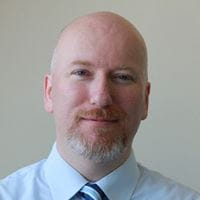 Peter is the Director of Corporate Governance and Stewardship at ICAEW. Prior to this, he was the Chief Compliance Officer for multinational enterprises headquartered in the Netherlands, France and Japan. Peter spent over six years at Transparency International UK (TI-UK), where he set up the Business Integrity Programme.

For accountants and finance professionals working in or with the public sector, this Community is the go-to for the key resources and guidance on the issues affecting practitioners like you. With a range of dynamic services, we provide valuable tools, resources and support tailored specifically to your sector. Membership is free and open to everyone, including non-ICAEW members.