4 February 2020: Michael Izza looks back on a climate-themed week at the World Economic Forum. 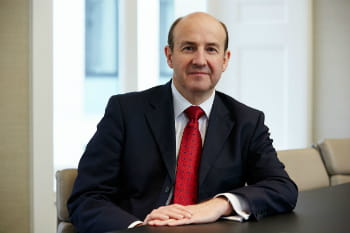 The World Economic Forum always proves to be an annual highlight for anyone privileged enough to attend. At no other event do you find a gathering of such senior figures from business, politics, media and even the arts – all willing to exchange ideas and views in such a concentrated period of time.

The main themes this year were stakeholder capitalism and of course climate change. The idea that companies should be accountable to a wider group than just their shareholders has now fully come of age – and the health of the planet is the most important accountability of all.

In the twelve years I’ve attended Davos, business has moved from asking whether we need to address climate change, to urgently reviewing how we can adequately address it – in a way that brings enough people on board and on a timescale that prevents long-term environmental damage.

The discussions this year reassured me that businesses are taking this very seriously and putting transition plans in place, but also highlighted just how globally joined-up this effort needs to be. Panel events such as "The Business Case for Safeguarding Nature" and "Solving the Green Growth Equation" provided much agreement on the urgency of the situation and the crucial role of business, but also differences of opinion on realistic timescales for implementing such dramatic changes. The hope is that significant progress will be made at COP26 in Glasgow in November.

A briefing on climate risk shared some modelling on threats such as sea level and temperature rises. The projection for "business as usual" is a 1.5 metre sea level rise as we approach 2100 – with big impacts on Holland, London and the Thames estuary. In the US, Manhattan and Miami start to disappear. The heatwave risk, which is most pronounced around the tropics and the equator, causes interruptions to power, data centres and everyday living. To contain these risks, we need to be reducing our use of oil in absolute terms (not just as a percentage of energy generation) by 2025.

I spoke at the "Green Economy Coalition" dinner, highlighting ICAEW’s work to help businesses transition to greener ways of working, and of our support for various initiatives, in particular the Natural Capital Coalition (NCC). I also sat on a panel in the SDG tent, at an event to launch the "Capitals Coalition" – the unification of the NCC and the Social & Human Capital Coalition – where NGO representatives emphasised their concerns that we are not moving fast enough on climate change.

A critical role for chartered accountants

I was encouraged by a WEF article by Zubair Arain, released just before Davos, which described accountants as "climate heroes".

Tackling climate change depends upon a sophisticated understanding of it, and that requires vast amounts of base data. It’s not just about collecting the data, it’s what you do with it. That’s why chartered accountants can and must play such a crucial role, applying our skills in measuring, reporting, auditing and assuring data – and as a result, advising businesses to change their strategies.

Another theme high on the agenda this year was the transition to the digital economy, and the changes that businesses are making and should be planning for.

Artificial intelligence and automation will have significant implications for roles currently carried out by humans, and thus reskilling the workforce is widely regarded as a priority. There is a widespread recognition that governments cannot do this alone – businesses need to invest, and individuals need to embrace the changes.

At the session, "Reskilling the Next Billion", there was an important recognition that people are and will continue to be a vital asset, but in different capacities in the future. It was discussed that skill level is likely to be the biggest cause of inequality in the years ahead, and the panel cited soft skills, curiosity and adaptability as among the most important skills of the future.

Equally, how we tax the digital economy – not just large tech companies but a shifting economy as a whole – was a hot topic. 137 countries are now working towards a new tax plan, but if the OECD cannot get agreement, there are 40 countries willing to introduce their own national approaches, based mainly on turnover.

Other interesting events across the week included a discussion on why the Middle East underperforms compared to other regions across the world – with a big idea that empowering women in the workplace could have a huge impact; a briefing on modern slavery, and the data that exists to help identify the scale of the problem; and a talk by an American professor on "deep fakes" (technology that allows for manipulation of video to alter the appearance and actions of individuals). I went to his stand later in the week to be made up as Leonardo DiCaprio, Will Smith, George Bush and Theresa May.

You can hear more about my experiences in Davos in a special podcast I’ve recorded – available now on our "More Than a Number" channel.