The UK government admits that post-Brexit trade deals include clauses that could prevent companies benefitting from freeport tax breaks, affecting business worth up to £35bn annually.

Rollover free trade deals signed with 23 countries as part of the UK’s post-Brexit trade deal include clauses that exclude manufacturers benefitting from freeport tax breaks, shutting the UK out of markets worth up to £35bn a year, according to the Labour Party.

The opposition claims that trade ministers failed to remove ‘duty exemption prohibitions’, which mean businesses that have not paid import duties cannot benefit from reduced tariffs on exports. This could affect freeports announced as part of Chancellor Rishi Sunak’s 2020 Budget in East Midlands Airport, Felixstowe and Harwich, Humber, Liverpool City Region, Plymouth, the Solent, the Thames and Teesside.

In a statement, Labour called it a ‘catastrophic blunder’ by the government, as these agreements mean manufacturers operating in freeports could face tariffs on exports to key markets including Switzerland, Canada, Norway and Singapore, despite the UK’s free trade agreement with those nations. Many of the trade deals. including those the UK has signed with Canada, Singapore and Switzerland, include ‘duty exemption prohibitions’.

While Simon Sutcliffe, Partner at Blick Rothenberg, called the claims “political hyperbole”, he called the omission “a definite oversight and quite a bad one from an international trade perspective.

“Like anything else,” he continued, “care should have been taken over the details as it should in the problems caused by the EU-UK Trade and Cooperation Agreement.”

A government spokesperson denied this was an error and said: “It is not uncommon for free trade agreements to have these provisions. Businesses will not be shut out of markets we have negotiated free trade deals with. They will benefit from both our free trade programme and also from freeports, which provide tax breaks, simpler planning restrictions and cheaper imports.”

The spokesperson continued to say that where these provisions apply, businesses can choose to either benefit from duty drawback (the reimbursement of UK excise duty when eligible goods have not been and will not be consumed in the UK), or the preferential rates under the free trade agreement - provided they meet the rules of origin test under that agreement.

What position does this leave manufacturers in?

Sutcliffe explained how companies that undertake minor repackaging or modifications, or act as distribution hub would lose out in this situation as processes become lengthy.

“The solution of duty drawback is a poor solution”, he added. “Claiming a refund of customs duty is long-winded, can be a complex and arbitrary process and realistically is not a workable business solution. Traders will have to look very closely at their supply chains to ensure that they do not inadvertently fall foul of these clauses.”

ICAEW members can now hear every session from this year's flagship digital event on demand. Hear from Sir Jon Thompson on audit reform, from the CEO of Burberry on post-COVID recovery and IFS's Paul Johnson on the economics of biodiversity. 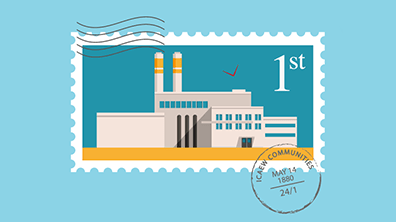