Where does Malaysia sit on the digital scale?

Malaysia is a fast-growing economy, and digital is a big driver of growth. What needs to happen for it to really take off?

Malaysia is one of the most open economies in the world, according to the World Bank. It has been doing well since the Asian financial crisis in 1997-8, averaging at around 5.4% growth since 2010.

This year, the economy is projected to grow by 4.5%, and is expected to move from an upper-middle income economy to a high-income economy by 2024.

A particular area of growth within the economy is the digital market, which the Malaysian government has invested in over the past few years, after recognising it as a driver of growth for the country’s economy.

The cost of fixed broadband has halved in the country since 2018, while speeds have doubled, thanks to reforms to the regulatory regime for telecoms.

A recent ICAEW webinar discussed how the company’s digital economy is doing, and what obstacles still need to be overcome.

"Malaysia does very well in nearly all areas of the digital economy, compared to our neighbours,” says Puvanesan Subenthiran, group CEO, managing director and founder of Privasia Technology, a leading ICT and business process outsourcing company in Malaysia.

But where the country is really strong is government services and infrastructure for the digital economy, he says. “Malaysia is very good for payments especially, but I suppose it’s got a lot to do with government support and the banking industry’s acceptance of new technology.”

Dato Chevy Beh, founder and CEO of digital health technology company BookDoc, and a panellist at the webinar, said financial technology and logistics are booming areas where Malaysia could ‘dominate’ thanks to this infrastructure.

“Logistics and especially last mile delivery is doing very well because we have our infrastructure and the roads are good. In a lot of neighbouring countries, it’s all jams and potholes,” says Dato Chevy. “The one lacking is cyber security companies,’ he adds. ‘I haven’t seen any big companies focusing on that space here.”

Another thing missing, according to Puvanesan, is services and skills to really drive the digital space. He believes this is in part because Malaysia is a smaller economy than some of its neighbours, and therefore has a smaller talent pool. However, it will be crucial to develop this in order to grow the market.

“We need to build more skill sets to develop these solutions and encourage entrepreneurs to take the risk,” says Puvanesan.

He suggests people should be encouraged to try things even if they fail. “Sometimes failing or taking time is key. “It’s very important to move forward and develop.”

In order to develop these skills and encourage risk taking, Malaysia also needs to cultivate an environment where access to, and demand for, digital increases.

One positive from the COVID-19 pandemic over the past couple of years is that it has encouraged take up of digital products among consumers. However, the move was also happening before then thanks to a push by the government.

“In the last few years there’s been a lot of take up. Before this, you would have seen some hesitancy for people to adopt new ways of doing things,” adds Puvanesan. “Since 2017, the government has been trying to create a climate where larger companies try and adopt digital solutions. But I think you need to provide it universally - everybody must get connected, and it must be affordable to everyone.”

Another way of increasing this is improved regulations on digital security, which will ultimately lead to more confidence in the digital services offered.

Improving regulations will also provide a better environment for start-ups wanting to take that extra step to success.

“Unfortunately, we don’t have a unicorn,” says Dato Chevy. “Our government should at least say we should cultivate this industry to have at least one or two unicorns, and this will help. It’s not asking for handouts, it’s asking for a conducive environment because you have bottlenecks and bureaucracy, but you can cut through this, and I think it’s very important.”

Without a unicorn, Dato Chevy says Malaysia is around ‘a five or six out of ten on the digital scale’, as the infrastructure is in place but the environment to go to that next step is not.

Puvanesan agrees: “Not having a unicorn worries me. But I think we may have unicorns in the near future - we’re doing very well in the drone space, especially in the design space. “But the talent part is also worrying because Malaysians are generally quite well educated and well informed, so why aren’t we on the higher half of the talent scale? If we fix that, I think we will get a unicorn.”

While a unicorn might not be a silver bullet to success on the digital scale, it would be a milestone for the country, and one that could encourage like-minded economic growth across the nation. 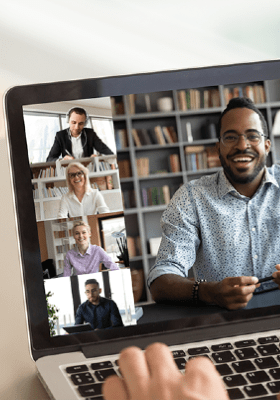