How to be a successful challenger in financial services

Tom Lansdowne looks at why challengers break the rules in their desire to innovate and how, by bending outdated rules, you can transform your business while still retaining a genuine company culture. 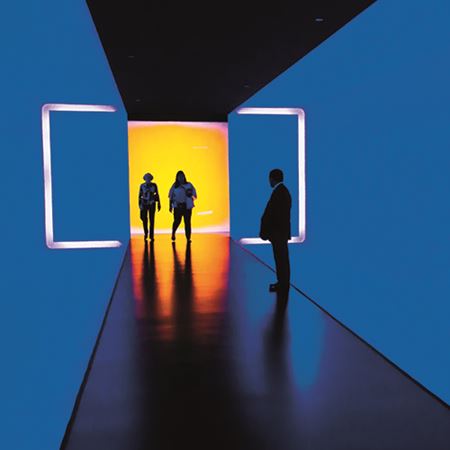 Achieving genuine innovation is hard and outdated rules don’t make it any easier.

As customers we applaud the challengers and innovators who consistently find fresh solutions to problems we weren’t aware of. Whether it’s helping us get from point A to point B that little bit faster, performing financial transactions quicker and easier, or perhaps letting us travel anywhere in the world and somehow manage to feel like home.

Challengers not only hit and hope, but test and learn. They build businesses that are purposefully lean because overinvestment inhibits them from changing tack. And they create teams of renegades because they need to act and think differently in order to achieve something new.

But regulators often force those challengers to innovate within constraints. They write the rules and expect challengers to abide by them. They’re there when they step out of line with their carrots and sticks, and they do it to keep customers safe. And they do a very good job at it too. But at what cost to progress?

Rules aren’t made to be broken, but they can really get in the way if they fail to keep up with the changing pace of business. Innovation comes from trying things no one else has, pushing boundaries and seeing where it takes us. And, when it works, it enables businesses to grow and reach more and more people with less and less money.

So it shouldn’t come as a surprise that the challengers look to bend and break the rules when they inhibit progress – after all, there’s no prize for second place.

It can start small as a by-product of a rule of law that wasn’t built for test and learn entrepreneurship. There will be countless thousands of ventures taking off today without even the consideration of registering with Companies House, already serving their most loyal customers of the future, because that’s the last thing on an entrepreneur’s to do list.

Why register a business without testing the waters first? When life gives you lemons buy a lemonade stand. Don’t apply for a license to sell lemonade.

This mentality only gets stronger as businesses mature. A few years ago, I spent some time working in the customer acquisition team of a high-growth meal kit start-up. We had the idea to give away branded umbrellas outside Wimbledon on quarter-finals day, so we pitched up on a local resident’s front drive paying cash in hand for their prime real estate, with our free strawberries and cream for passers by in return for taking one of our free umbrellas. We were the only ones hoping for rain, wanting to light up Henman Hill in the brand’s colours with millions watching on TV. Rules were the last of our concern and we ended up with a slap on the wrist, a fun story and a handful of new customers.

As these challengers get even bigger and more established, the stakes get higher. New General Data Protection Regulation legislation threatened to cripple many ecommerce businesses who had over several years accumulated an impressive mailing list of customers with which to share anything from luxury travel at discounted prices to a mattress in a box. If new rules threatened to derail what you’d spent the last five years building, would you accept it and invite competition or search for a lawyer that speaks your language?

When laws don’t evolve fast enough, the aim of the challengers becomes building a culture that encourages and enables the right amount of rule-breaking. We’re not short of instances where innovators have taken it too far, from Deliveroo’s zero-hours PR disaster to Revolut failing to block thousands of suspicious transactions by allegedly switching off its transaction monitoring system.

To achieve the right balance, businesses need to provide their employees with two things. The first is clarity. Businesses need to know with absolute conviction the types of behaviours that are fine and encouraged, and those that aren’t. The start-ups that do this well have clear guiding principles or values, often with the customer at the heart. Sharing anecdotes and telling stories that get repeated helps to strengthen them too. The second is accountability. Those in positions of authority making the decision to bend the rules should expect to be held accountable when it goes wrong, by peers, senior leaders, investors and by customers.

Sometimes, however, company culture can get overlooked. Where focusing on the customer and doing right by them gets buried behind a desire to win at all costs. The absence of guiding principles in this case can get toxic. Fast.

Building a successful, sustainable business within the law is hard. Nobody disputes that. Perhaps none more so than in insurance or banking where competition is rife and regulation stringent. Add the pressure of declining growth, overly-ambitious investor targets and employees taking a risk simply by working there, and it’s no surprise that sometimes decisions are made that go beyond the realms of what’s legal and, at times, ethical too.

One wrong decision at the top can set a dangerous precedent and mould company culture into something few founders ever envisage when setting out on their entrepreneurial journey. Revolut has felt the heavy hand of the law in recent months for its financial misdemeanours, but it’s the company’s toxic culture that’s getting even greater coverage with instances of whistleblowing and brutal Slack messages from the CEO. This mentality and these behaviours then trickle down to what customers see and hear as well, not just via media coverage but in Revolut’s own ‘single shaming’ ad campaign that received a lot of hate from viewers, for example.

This behaviour certainly isn’t unique to Revolut, of course, and is only being made easier through the rise of digital. Other challenger banks have been calling out their competitors for war-like tactics of driving huge amounts of traffic into newly-built web apps with the sole aim of taking them down. Fake Trustpilot reviews written by competitors aren’t uncommon either. These behaviours are never okay.

While breaking outdated and maladapted rules that inhibit growth and innovation might not be right, there are some instances where it’s understandable. So long as effort is being put into building a responsible company culture where employees know right from wrong. Of course, when rule-breaking negatively affects the customer, action needs to be taken. But by being genuinely customer-led, businesses should be able to credibly seek to collaborate with regulators and policymakers with the mutual intent of doing right by the customer, in a way that doesn’t hinder progress.

Regulators and policymakers have an equally important role to play here. While keeping up with the pace of innovation will always be a challenge, there’s ground to be gained from working with those businesses that see the commercial value in putting customers first and want to stay on the right side of the law, but come up against outdated regulatory barriers that inhibit success for business and customer. This applies to all sizes of operations, from the might of Facebook to our friend with her lemonade stand.

Tom Lansdowne is a consultant at The Foundation, an independent management consultancy