With financial and sexual misconduct still hitting the headlines, professor Megan Reitz takes a look at what firms should be doing to protect staff and encourage them to speak up, including an explanation of the TRUTH Framework and stats published by the Banking Standard Board 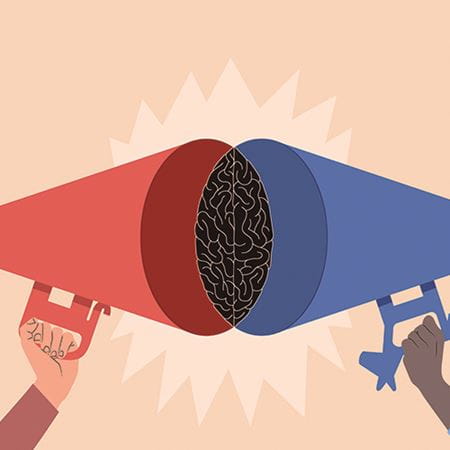 You only have to look at the growing list of corporate scandals to see just how important – and urgent – it is for organisations to tackle the reluctance people have to speak up at work.

In the past few years, we have seen revelations of financial misconduct at Wells Fargo, the emissions scandal at VW and the whistleblowing fiasco at Barclays. These are just a few highly damaging incidents that have ruined hard-won reputations, blighted brand credibility and negatively affected share prices.

The continuous stream of allegations of sexual harassment, which have affected industries from fashion to finance and sent shockwaves through the corridors of government and the charity sector, are yet another symptom of our inability to speak truth to power.

Of course the imperative to get people to speak up isn’t just about the calling out of unethical or inappropriate behaviour. If organisations want to keep ahead of the game in a highly competitive world, they need to tap into the collective intelligence and wisdom of their people. Employees on the front line in organisations have their finger on the pulse of what the customer needs and how the business can meet those needs faster or better than their rivals.

Encouraging people to get involved and share their ideas is vital but, as countless surveys have shown, employee engagement levels have hit an all-time low with staff leaving their energy and enthusiasm at the door.

Put all these factors together and it becomes clear that organisations – and the people who work within them – seriously need help navigating the power and politics of conversations at work.

Organisations are beginning to realise this is a problem that can no longer be ignored. The typical response is high-profile, preventative measures, such as whistleblowing hotlines or more stringent disciplinary and grievance procedures. Leaders are also trying to make themselves more approachable, touting phrases like ‘my door is always open’ and inviting their people to ‘leadership lunches’.

The problem with these well-intentioned interventions, however, is that they are little more than a sticking plaster approach that doesn’t really get to the heart of the issue.

No matter how approachable management aims to be, employees will always be careful about what they say, only ever disclosing what they think is ‘safe’ or politically acceptable.

Phrases like ‘my door is always open’ are never going to work when it comes to encouraging people to speak up. It’s a complex balancing act that calls for a deep understanding of the impact power differences have on what can be spoken, and what is heard.

So what can we do to give people a voice and encourage the more open, honest dialogue that really needs to happen at work?

Ashridge Executive Education has conducted a four-year study titled Being silenced and silencing others: developing the capacity to speak truth to power. The study is based on interviews, surveys, action inquiry and ethnographic study, and is a project that has involved more than 4,000 people from around the world and at all hierarchical levels.

The research set out to find exactly what was getting in the way of people speaking up and what leaders can do to encourage better quality conversations with their people.

One of the key findings was that the ability to speak up was not an individual act of courage as it is often assumed to be. There is an element of that but, in fact, speaking up is relational and social.

What we say and who we listen to are conversational habits that need to change. To change them, we have to raise our in-the-moment awareness of ourselves and how power plays out in our environment. We need to choose to say different things, to different people and to hear different voices.

On the back of the research, Ashridge has developed the TRUTH framework. This tool can be used for a variety of different things, including assisting with speaking up effectively when necessary and encouraging others to do the same. It can also help with overcoming blind spots.

How much do you really trust the value of your opinion? What are the voices inside you that make you doubt your contribution? How many of them are relevant to who you are now (often voices of doubt come from way back)?

Do you understand the politics of who says what to whom and why? Who are your allies? How does your agenda fit with those of powerful others? What are the sources of your power in this context and how can you make good use of them?

How are the titles you are putting on people, and those being put on you, helping or hindering you in saying what you want to say? How can you work with, rather than wish away, the conscious and unconscious biases of how people will treat you?

How do you need to phrase what you say? What are the words that will land well with people? How do you speak so you will be heard? How much certainty or doubt in your tone will work best? Is this something best spoken up about formally or informally, on the record or off the record?

The best way to get familiar with the framework is to think about an issue you would personally like to address, whether it’s giving someone feedback, sharing an idea or raising an issue you are concerned about. Working through the questions will help you think through how to speak up, how you would invite others to speak up and how you would listen to them.

A survey of more than 72,000 employees across 26 banks in the UK, published by the Banking Standard Board in April, found the following: