The industry around social media influencers is big business. Randeep Dhaliwal – a member of the Tax Faculty’s SME Business Tax Committee – explains the tax implications for people who receive gifts to promote brands to their followers. He covers disclosure of paid posts, the taxation of paid posts, products and freebies, among other things. 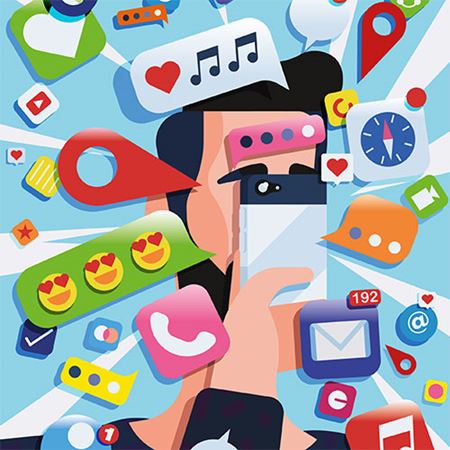 The explosion of social media over the past decade or so has also led to the meteoric rise of an army of social media influencers – individuals capable of connecting with thousands, and in some cases millions, of fans across the globe at the push of a button.

It’s not surprising that many brands want to leverage influencers’ popularity by offering them money, products and services in exchange for their reviews and endorsements. A luxury hotel, for example, might give an influencer a week’s free stay in exchange for them posting enticing pictures of themselves on Instagram – tagged, of course, with the hotel’s name. In fact, the influencer marketing industry is rapidly becoming big business, with Mediakix estimating its worth will hit between $5 and $10bn by 2020.

Such large sums have caught the attention of the authorities. Earlier this year, the Competition and Markets Authority (CMA) published a report into the disclosure of paid endorsements on social media platforms.

The report singled out 16 celebrities, who subsequently agreed to be more transparent when being paid to endorse products. The CMA has also published guidance on how influencers should disclose this information in postings.

What’s really interesting is the way payment is defined in the findings: “Any form of reward, including money, gifts of services or products, or the loan of a product…” and this applies even if the influencer “got sent it out of the blue (eg, ‘freebies’)”.

How are paid posts taxed?

In the UK, the tax treatment of what the CMA regards as ‘paid’ posts is a thorny question and depends on a number of factors, including whether the influencer is an employee and whether the products are gratuitous.

If an influencer is paid for a post, they’ll be taxed on the income, which seems like common sense. This is the case where the influencer is an employee – even where the fee is paid to them as a consequence of their employment in another organisation. A good example of this is a football star being asked to endorse a brand of football boot. The tax that applies will vary depending on whether the contract is with the influencer personally or with the influencer’s image rights company.

If they’re not employees and are trading (more on this later), then it’s likely the income will be taxed under Pt 2 of the Income Tax (Trading and Other Income) Act 2005 (ITTOIA 2005). If they’re deemed to be non-trading, they’ll be taxed under the sweep-up miscellaneous income provisions in Ch 8, Pt 5, ITTOIA 2005.

When an influencer receives a product in order to raise its profile, the tax treatment will depend on the consideration given by the influencer and their employment status. If the influencer is an employee and receives the gift by reason of that employment – for example a sports star receiving a car from a local dealership – the gift will be assessable under the Income Tax (Earnings and Pensions) Act 2003.

However, if services or products are simply given in exchange for an influencer endorsing them and is not received by reason of the influencer’s employment, the tax treatment is less clear. If the influencer is classed as trading (again, more on that later), they’ll be taxed as if the transaction was a barter transaction.

The rules around barter transactions were established in the 1948 House of Lords decision in Gold Coast Selection Trust Ltd v Humphrey [1948] AC 459 and were more recently made explicitly clear for trading and property income by s71, FA 2016. The value of the transaction would be the money’s worth of the transaction. The money’s worth of a transaction can be difficult to assess. It is essentially something that is capable of being converted into money or something of direct monetary value. The risk to the influencer is that they could be left with a tax bill without having received any cash to pay it.

Care will need to be taken in assessing the money’s worth of items and HMRC’s view, as set out in its Business Income Manual (BIM) at BIM40051, is that some items that the trader may receive are not convertible into money and therefore there is nothing for the trader to include in their trading profits. HMRC provides the example of a supplier giving a non-transferable holiday to a good customer; it would not be included in trading profits because it is non-transferable and therefore cannot be converted into money.

Looking at the converse position for the supplier, HMRC’s view is that where a trader gives free goods and samples of its trade for the purpose of advertising to the public generally, these can be allowable deductions. The examples given by HMRC at BIM45032 are a restaurant giving free meals for a restaurant critic and a couturier giving a dress to someone who is in the public eye. HMRC’s position on free samples is set out at BIM45071, where it is made clear that the cost of these goods or samples are deductible from trading profits.

It is therefore helpful if barter arrangements are clearly set out in an agreement between the influencer and the business looking to promote its products or services and that the terms (eg, exclusivity) and/or value is explicitly stated.

Where the product is given to a self-employed influencer, without the influencer providing consideration (ie, posting a picture or review), the tax treatment can depend on whether the influencer is considered to be trading or not. If the influencer is not trading, HMRC’s view is that voluntary gifts are not taxable under the sweep-up provisions of Pt 5 of ITTOIA 2005. Where the influencer is trading, the tax treatment of voluntary gifts received is less clear. HMRC relies on case law for interpretation, setting out some relevant cases at BIM41810. One of the examples given is a voluntary gift received that is attached to a pre-existing source such as a vocation. The same manual goes on to state that, “voluntary payments designed in some way to augment the consideration payable for goods or services whether past, present or future, are taxable”.

However, if a self-employed influencer receives gifts without an agreement to post a review or picture, but then subsequently does post, a close examination of the facts will be required. This is likely to be disclosed under the CMA rules as being a paid advert.

There is, however, guidance for actors and entertainers, writers and athletes, which may help. In relation to athletes, the tax treatment will depend on whether they’re classed as trading or not. More on this can be found in HMRC’s Business Income Manual at BIM50610.

Also, specific guidance on whether an athlete is carrying on a hobby or trade can be found in BIM50605; with helpful examples of what’s classed as a hobby or a trade in BIM50606.

Guidance for actors and entertainers can be found in BIM50150, with help for professional writers in BIM100205.

is carrying on a profession and the profits are chargeable as trading income.”

It also goes on to say: “Traditionally the type of author whose activities would not amount to a trade would include those whose prime motive may be the desire for fame or personal satisfaction, what is sometimes called ‘vanity publishing’. It also includes those motivated by the desire to enhance their reputation in a particular field or the desire to leave the benefit of their knowledge to posterity.”

It could be argued that the majority of influencers writing blogs would not be in trade on this basis and any income would be taxed under the sweep-up miscellaneous income rules.

If an influencer isn’t an athlete, it may be difficult to decide whether the guidance for writers or actors and entertainers is more applicable. While it could be argued a blogger is a writer, a video blogger (vlogger) likely has more in common with an entertainer.

For new influencers who are not influencers by virtue of their employment, there are some allowances that can mitigate the tax payable. If the influencer’s income is £1,000 or less for the tax year, it will be covered by the trading allowance introduced in FA 2017, but it requires that records must be kept. The allowance covers both trading and miscellaneous income.

Depending on their circumstances, the influencer may have to register with HMRC for self assessment and declare the income on a tax return. Keeping business records early on can be very helpful especially if the influencer has a clear plan on how to make money from their social media activities. The records can be useful if HMRC investigates their income but also in the early years where the influencer may make losses which can be used against profits in later tax years.

Of course, the kind of items that can be gifted will depend on the topic an influencer engages with. A blogger who tends to focus on beauty products will receive more gifts and samples relating to the beauty industry than, say, free holidays. But influencers may receive a wide range of gifts, such as holidays, cars, beauty products, champagne, helicopter rides or luxury fashion items. Some of these are very valuable and would need to be considered, especially if the post has been marked as a paid advertisement, in line with CMA guidelines.

With regulators increasingly looking into the industry, it would be prudent for practitioners to ask their clients about their social media income, including free gifts and money. This could be as simple as adding the query to a standard questionnaire sent to clients to ascertain their taxable income.

After all, the last thing a high-profile social media star wants is to look like they’re avoiding paying tax or misleading their followers. That’s something they won’t get many ‘likes’ for.