Alec James was born and raised in Bristol. He graduated from the University of Exeter in 2016 with a first class degree in Geography, accumulating 5 awards in the process, including the Lewis Memorial Prize for Excellence in Geography and an Exceptional Dissertation in Geography award. 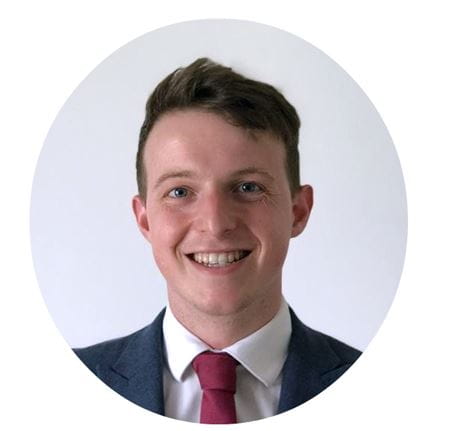 In his final year at University, he was elected Vice-President Welfare and Diversity of the Students’ Guild by the student body. In this role, he helped establish the first Disabled Students’ Forum, an employability event for disabled students, secured a significant recurring addition to the University mental health services budget, and launched a scheme where unsold food on campus gets taken to homeless shelters across the city.

He then spent a year in Parliament, working for both an MP and a member of the House of Lords, whilst also working as a community organiser at a church in East London, equipping local leaders to campaign on housing issues.

Alec joined Buzzacott in August 2018, choosing to work in the Charity and Not-for-Profit team, and has secured first time passes in all exams to date, including 93% in Financial Accounting and Reporting.

"Who were you most looking forward to seeing or meeting, and why?"

As a former geographer, I was thrilled to hear from Gro Harlem Brundtland, the first woman prime minister of Norway who made the discussion around sustainable development mainstream. As someone who works with charities, I was also delighted to have a conversation with the CEO of Oxfam as part of a discussion about how we can quicker respond to humanitarian crises.

What did you learn that you didn’t know before?"

There was a big focus on the role of businesses in forming solutions to the world’s problems. I valued those that were candid enough to say when they weren’t moving fast enough on climate change or inequality.

"What will you remember most about attending?"

I consider myself to be someone who cares about world issues, but the extent to which other young people were already at work was a challenge and an inspiration.

"What did you learn that you can apply to your own business or organisation?"

One message we heard repeatedly from CEOs and young leaders was that businesses and employees have a huge role to play. Accountants in particular have a skillset that gives them the opportunity to influence nearly every organisation. There are people at Buzzacott working hard on this already, but I’m keen to look further at where there might be room to decrease our waste, improve our supply chains and how we can make our workplace more inclusive.

"What does positive change mean to you?"

There are 734 million people in extreme poverty. On 29 July this year, we had already used the amount of resources that earth could naturally replenish in a year. Positive change is not a sentiment; it is the only option for us and the planet. Since coming home, I have committed to vegetarianism, and to find time to engage in these issues further.

"What value do you think your skills and training in Chartered Accountancy bring to being a future global leader?"

I think there are several ways of thinking about this. Being trained in accountancy means you can offer technical expertise and attention to detail, it also near guarantees an understanding of the way different organisations are run. Working with varied clients also means we have the opportunity to build relationships with people in many different sectors and areas of society.