Mary Hockaday is a Non-executive Director at ICAEW 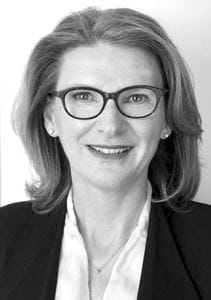 Until recently Mary was the Controller of BBC World Service English, responsible for the BBC’s radio and digital audio services in English for weekly global audience of 79 million people.

Before that she was Head of the BBC Newsroom, overseeing the BBC’s flagship daily television and radio news bulletins and the BBC news website for domestic and global audiences. She was a correspondent in Prague in the early 1990s for the BBC and The Independent.

She studied at Cambridge University and New York University. Her wider interests include education, women in leadership and supporting young international journalists working in challenging countries.