Farhan is an Insolvency Practitioner and a Partner in Jeremy Knight & Co. He started his career in insolvency in 2001 with a London firm and in 2003, moved to Jeremy Knight & Co. He became a Licensed Insolvency Practitioner in 2007 and achieved a Master’s degree in the field of insolvency in 2011. His assignments vary from reconstructions of large corporate entities to the wind down of small owner-managed solvent and insolvent businesses.

Neil trained with Deloitte in Manchester and worked for various UK PLCs before becoming a Director of the UK-based subsidiary of a German Mittelstand company that supplies equipment to the construction sector.

Neil has enjoyed judging and mentoring in the regional heats of the BASE competition. Neil is President of a grassroots football club and is also Deputy Chair of Trustees at the Reading Football Club Community Trust.

Alexandra trained with a top ten London practice and is an ICAEW Chartered Accountant who runs her own practice in East Grinstead, West Sussex.

The practice, Alexandra Durrant, was established in 1993, and provided audit, tax, and accounting services to clients, including payroll services and advice. Whilst a partner with the firm in London, Alexandra was responsible for payroll operations, advising clients on PAYE, and National Insurance legislation and procedures as well as carrying out PAYE and National Insurance audit health checks for businesses. Alexandra is an experienced professional speaker. She writes and lectures on payroll, PAYE, National Insurance, and benefits in kind and expenses. Her clients include AAT, the South Eastern, Southern, and Thames Valley District Societies of ICAEW, and a variety of employers and accountancy practices. 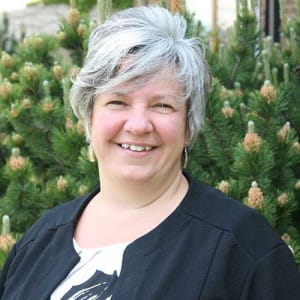 Chrissie is a Director of Bennewith 2018 Ltd.  Chartered Accountancy is her second career after being an Advanced Skills Teacher for 20 years in Social, Emotional and Behavioural Difficulties.  Chrissie found being a mature student quite a challenge with five children at home but enjoyed the experience.  She now works alongside students in the area maintaining her love of coaching and mentoring.  She is the President of the South East Chartered Accountants Student Society (SECASS) as well as Director of a MAT (Multi Academy Trust).

Chrissie is a Trustee of several charities and an affiliate of STEP .  She is completing an advanced Diploma in STEP to be better able to support Trusts and Estates and charity clients.

In her family time, Chrissie enjoys cooking, taking part in water activities, walking, skiing as well as being dragged along to any event the children are interested in.

Tony joined the Guildford and District Town Group Committee in 1981 of which he is still a member. He was Chairman twice in the days when the group had an annual dinner. He has been a member of the ICAEW Chartered Accountants South East main committee since 1991 and was president twice in 2002/03 and 2012/13. He has continued to meet up with other District Society presidents twice yearly ever since. When regionalisation commenced, he became chairman of SESCA Enterprises Limited and has continued to chair lectures and conferences ever since. Tony hopes to continue to serve members going forward.

Robbie Brown is the EMEA Regional Controller for a digital consultancy business based in Guildford. Robbie graduated from the University of Warwick in 2006 with a BSc in Economics and qualified as an ACA at KPMG in 2010.

Robbie joined the South East Main Committee in 2022 with the aim to work locally with school and university leavers to provide insights into careers in accountancy.

Chloe is a Corporate Tax Assistant Manager at Kreston Reeves LLP. She qualified as a Chartered Accountant at Kreston Reeves in December 2018 before moving to Vercity in August 2019 where, in July 2021, she qualified as a Chartered Tax Advisor. Once qualified, she returned to Kreston Reeves to work in their Corporate Tax department. Chloe joined the South East main committee in June 2021 once she became aware of the great work the committee does after attending an ICAEW South East Annual Dinner for her exam successes.

Sam works at Kreston Reeves following her graduation from UKC with a degree in Law. She qualified as an ICAEW Chartered Accountant in 2012. Sam now works from the Discovery Park office, servicing a variety of clients with a diverse range of needs and has particular industry expertise in life science companies, professional firms and corporates below the audit threshold. Sam enjoys working closely with business to help them grow and achieve their goals. Sam is also a member of the business start-up team, providing specialist support for new business ventures.

Sam is actively involved with orchestrating and promoting SESCA events, which include practical skills and CPD courses as well as social events and networking opportunities.

In her spare time, Sam enjoys spending time with her family and friends, walking her naughty dog and attempting to cook tasty and healthy recipes.

Susan is Associate Dean (Education and Students) at the University of Sussex Business School and a Reader in Accounting Education. She is an elected member of the ICAEW Council and Chair of the Ethics Standards Committee.

Clive was elected onto the ICAEW Council in 2013 and has served on the General Practitioners Board and the ICAEW main Board. he has previously also served as Chair of the Members and Commercial Board.