These are the Thames Valley members standing for election and re-election.

Paul will be heading up the new Hamlyns Thames Valley office in Bracknell.

Prior to joining Hamlyns Paul has spent half of his career in commerce and industry as a Chief Accountant, Finance Director and ultimately Managing Director in small, medium and large organisations. He then became the Senior Partner of Wagstaffs Chartered Accountants which he merged with Vantis Plc in July 2005 before joining Dickinsons in 2011. Since 2011 Paul has been Managing Director of Wagstaffs Management Consultants and this consultancy business continues. He joined Hamlyns this month.

Married with three grown up children, Paul's passions are playing golf and skiing and you will find him on a course or a slope whenever time permits. 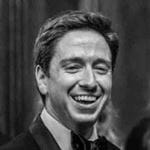 Nick Lloyd read Astrophysics at University College London and qualified as an ICAEW Chartered Accountant in 2012 with PwC.

Nick is currently an Audit Senior Manager working with clients ranging from private business to listed plcs. Nick works across a board spectrum client industries as well as working on capital markets transactions.

Ian Blelloch read Law at Exeter University and qualified as a Chartered Accountant in 1987 with Spicer and Oppenheim.

Shortly after qualifying, Ian worked in the City of London and then joined the Housing Corporation as Head of Private Finance in 1993. He was recruited by Chaco Investments Ltd to promote real estate investment into affordable housing in the UK.

He currently owns a 50% share in Chaco Ltd and has worked on a number of residential initiatives with major UK institutional investors.

Ian is married with one son and three daughters.

Jeffrey Smith read Electrical and Electronic Engineering at Leeds University and qualified as a Chartered Accountant in 1974 with Robson Rhodes (now part of Grant Thornton).

He joined The Chartered Institute of Taxation as a member in 1979 and became a Chartered Tax Adviser on receipt by them of their Royal Charter in 1994. He gained his Diploma in Financial Planning from The Chartered Insurance Institute in 2010 and added the Certificate in Discretionary Investment Management in 2020.

In 1976 he joined Eacott Standing & Co which became Eacott Worrall shortly after the acquisition of Worrall Vize in 1979 when he became a partner. Eacott Worrall changed its name to Eacotts more recently. He has been a general practitioner all of his career, the tax partner of the firm for 20 years, is a Responsible Individual for audit purposes and has been Managing Partner of the firm since 2003.

He was Treasurer and then Chairman of the Thames Valley Branch of The Chartered Institute of Taxation in 1999-2000 and was Regional Coordinator for The South East of England from 2002 to 2011.

He has been on the Slough Council of The Thames Valley Chamber of Commerce for many years and President for five years from August 2014 to 2019.