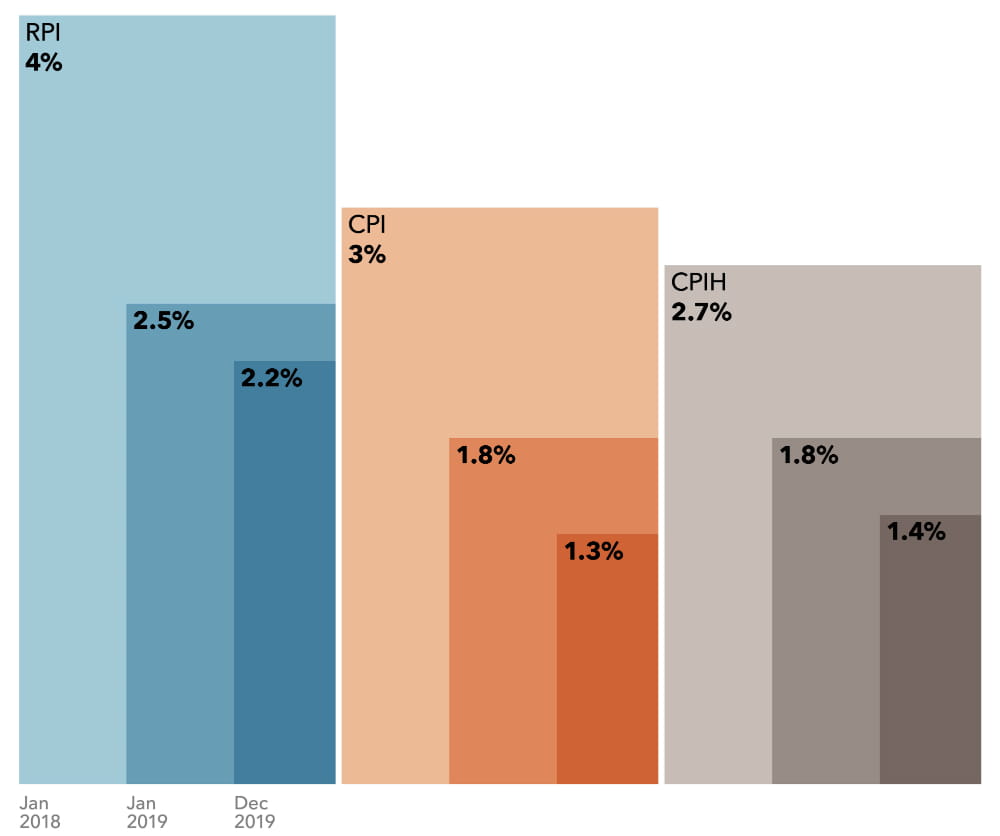 Our #icaewchartoftheweek is on inflation. The Office for National Statistics reports that consumer price inflation fell to 1.3% in December 2019 – its lowest level for over three years and towards the lower end of the Bank of England’s target range of 1% to 3%.

Accompanied by very low levels of economic growth, this has prompted speculation that the Bank of England may cut interest rates at some point this year to try and stimulate the economy. They may also be hoping that plans to boost infrastructure spending will help kick-start the economy and encourage a tad more inflation at the same time.

The Chancellor is currently consulting on plans to converge the statistically flawed Retail Prices Index with CPIH (CPI including housing) over the coming decade. This will be good news for commuters and some students, given RPI’s use in calculating fare increases and interest payments. However, it will be less good for many pensioners and holders of government debt who currently benefit from higher rates.