Raising taxes is hard to do 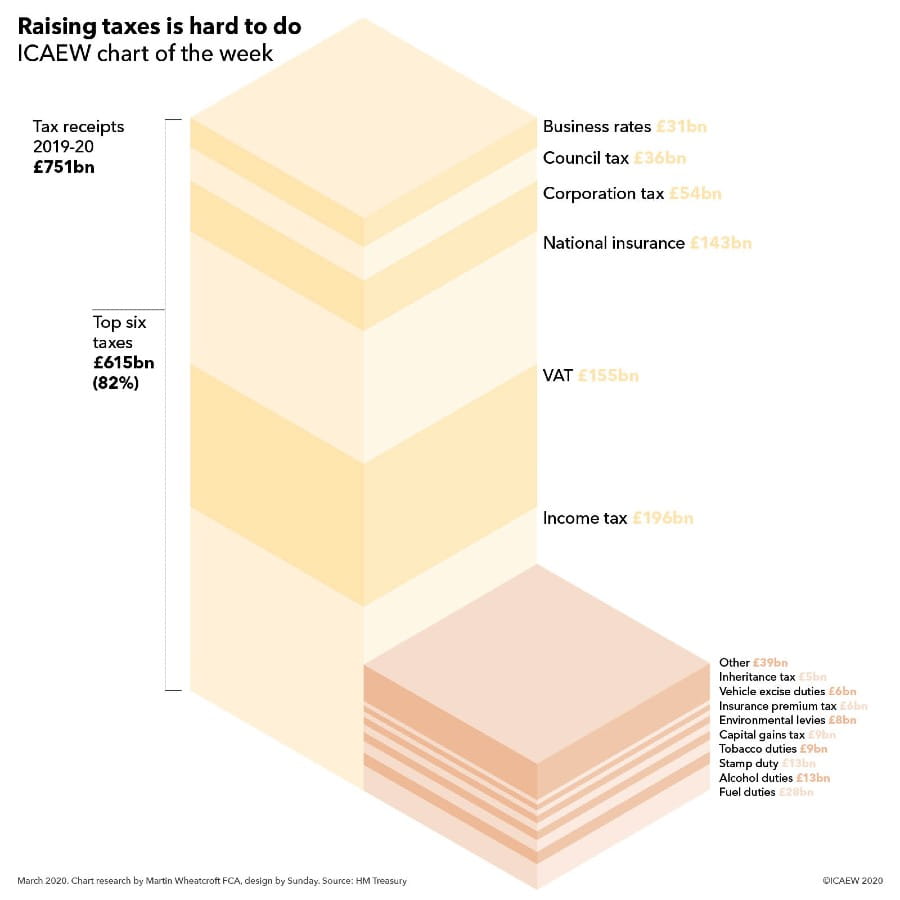 Traditionally, the first Budget after an election raises taxes and this would be a logical step given plans to increase public spending and investment in infrastructure. But which taxes could the Chancellor increase?

As the #icaewchartoftheweek illustrates, the top six taxes generate over 80% of tax receipts. But the Conservative manifesto rules out increases in the headline rates of income tax, national insurance and VAT, while increasing the corporation tax rate would be difficult given the planned cut from 19% to 17% has already been suspended. Most local authorities are already planning to increase council taxes as much as they can while increasing business rates would be really difficult.

We await the Budget to see what the Chancellor decides to do. Some money could be generated from increasing or introducing smaller taxes but for larger sums, the main place to look would be from reforming tax reliefs and exemptions, such as the rumoured abolition of Entrepreneurs’ Relief. However, it would be a brave Chancellor that decided to go after larger sums, for example by extending the scope of VAT.<>

Of course, the Chancellor might decide to cut taxes instead, hoping to boost a sluggish economy and so generate greater sums through higher levels of growth. Either way, borrowing is likely to increase – fortunately at extremely low interest rates.