Why the new government must act on late payments

21 January 2020: overdue payments are the bane of small business, and it’s been estimated that 50,000 business failures in 2014 could have been avoided if everyone paid within 30 days. What can the new government do about it? Iain Wright, ICAEW Director for Business and Industrial Strategy, explains. 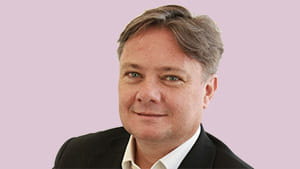 Most firms respect their suppliers and pay them on time, and do so in a reasonable timescale of around 30 days. But the issue of late payments remains a persistent drag on the performance of the entire economy, and may even prove to be the death knell of many small enterprises.

ICAEW’s recent Business Confidence Monitors, where we speak to many chartered accountants owning and running businesses in all parts of the economy, show that the issue of late payments is growing in importance. While there’s nothing wrong with strong working capital management; when cash flow management turns into a situation that adversely affects the performance – and even viability – of other businesses, it damages the entire payment ecosystem.

If large companies wait an extra month or two to pay their smaller suppliers, it becomes an issue of negative power applied from the strong to the powerless. Smaller firms often have no choice but to wait for payment. If they complain or take their business elsewhere, they could risk losing business in the long term.

A late payment to a small business has a detrimental ripple effect. The enterprise affected can’t pay their own employees and suppliers on time, which is in turn passed on to even smaller and more vulnerable suppliers.

This practice affects us all. Rather than winning extra work, innovating new products or seeking new markets, companies are spending time chasing payments. This time could be spent more productively on aspects like hiring more people and winning more work. It’s been estimated that if everyone paid within 30 days, some 50,000 small businesses that went bust in 2014 would have stayed in business and the economy as a whole would have grown by £2.5bn.

There’s really only one word for such a power dynamic: bullying, and bullies need to be stood up to. That’s where the government can play a role and why in the new parliament, late payment should be seen as a key priority.

Since the establishment of the Small Business Commissioner a couple of years ago, progress has been made. But the government itself recognises that more can be done and has proposed giving further powers to the Commissioner. One approach the government has advocated is having a board member look at supply chain policies to make sure they are fair.

However, naming and shaming – a power that the Small Business Commissioner has – is also a very effective tool. When the government brought in the National Minimum Wage and companies weren’t complying, publicly naming them had a huge impact. Companies don’t want to see themselves in those league tables of shame, and that’s what’s going to help change things.

On the other side of the coin, naming and praising firms which are fair to their suppliers is important too. Government can showcase those large firms who can be profitable and generate strong cash flows which can be returned to their shareholders, but can do so without compromising the very existence of their small suppliers.

There are other measures that are already in place which need to be enforced. For instance, the government has said the commissioner can produce late payment plans and impose penalties and interest charges.

Finally, it’s vital that the government itself gets its own house in order – both in central and local government – and makes sure that small businesses are paid fairly by the public sector in the acceptable time-frame of 30 days. All these measures together will create a culture in which late payments are seen as economically and socially irresponsible, and will help to make sure that all companies are paid on time.