Like many nations, Belgium has kept businesses going during the COVID-19 pandemic through various support measures. While that support has been essential, it’s also keeping struggling businesses artificially alive.

Many businesses in Belgium, says Jürgen Egger, commercial law and Dispute resolution partner at Deloitte Legal, are virtually bankrupt. And yet, they keep ticking on, kept alive by the country’s COVID support measures. Those measures have been successful, but they’re inflating a bubble that will have to burst at some point.

“At that point in time, some of the measures will probably be withdrawn or will stop, and we will see a massive number of bankruptcies, unfortunately.”

Belgium has specific rules that allow companies to overcome periods of distress by protecting them from their creditors, Egger explains. “Belgium has been a pioneer in drafting that legislation.” The terms and conditions required to fall within that creditor protection have become more flexible since March 2021.

The Belgian government introduced two periods of moratorium on bankruptcy: from April 2020 to June 2020, and from the end of November until the end of January 2021. The tax authority has also been encouraged not to push for bankruptcy in cases where companies can’t pay their taxes. This has resulted in a lot of businesses hanging on by a thread.

The long-term impacts are hard to predict, but in some sectors, such as hospitality and travel, businesses are likely to struggle to adapt, says Egger. “The travel industry has been hit very hard by the crisis. Everything that's reliant on that industry has struggled. I think the longer-term issue that industry will have is that people are changing their behaviour when it comes to travel. I don't think that we will have that mentality for continuous, cheap travel anymore. Certainly, business travel will reduce considerably.”

Egger and Hansen expect the Belgian government will do more for the hardest hit sectors in order to help them to overcome their difficulties. “Outside of those sectors, most of the industries will restore themselves rather rapidly; that is my expectation,” says Egger. “Although, I'm an optimist.

“We've also seen many instances where investors saw the crisis as an opportunity to actually buy shares a bit cheaper than they would have done in more usual circumstances. As always, the troubles for some companies are an opportunity for others.”

There was also an increase in startups in the second half of 2020 – higher than that in 2019, explains Hansen. That trend has continued into 2021. “Due to the crisis, those startups are much better prepared for difficult conditions and they are more likely to follow through with their plans. You have to see that as a success.”

With the risk of an influx of insolvencies at the back end of 2021, Egger and Hansen are advising clients that are seeing warning lights early on the insolvency curve to act earlier rather than later. “The further you are in the decline area of that curve, the harder it gets to go to a successful reorganisation,” says Hansen.

Businesses owners acted too late before the crisis, but that issue has been compounded by the number of support measures; businesses are more likely to hold on until the end. “If the government support is stopped too early, bankruptcies will increase with an estimate of between five and 10%,” Hansen says.

“The crisis only accelerated some of these pre-existing issues,” adds Egger. “You need to have a very detailed analysis of each situation, and a deep conversation with the people involved, taking into account the emotion of the situation, and trying to come up with a more tailor-made solution. That's one of my big takeaways from this particular situation: there is no one-size-fits-all approach. The crisis may have negative consequences for one company, but creates an opportunity for another. There are a lot of ways of looking at this. As a lawyer, it's been a very interesting experience.” 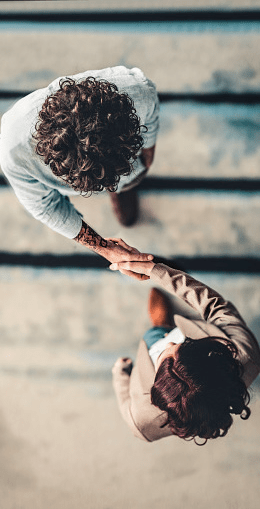