BEIS white paper: the long and complicated road to reform

With the public consultation on its audit and corporate governance reforms now closed, the government hopes to publish its response by mid-October. But the process which follows, of driving reform and delivering results, might take a decade or more and could easily not have the intended impact, writes ICAEW Chief Executive Michael Izza.

The government’s white paper on corporate governance and audit reform proposes the most momentous changes to how businesses are run we have seen in a generation.

Producing our response has taken a huge amount of work and has involved the most extensive engagement with our membership ICAEW has conducted in many years. My thanks to everyone who has participated in our roundtables and webinars during the last three months: your insights have really helped to shape our arguments. And now it is finally done, it is tempting to breathe a sigh of relief and relax. However, the reality is that this is not the final whistle - we have barely reached half-time.

The government’s own response to the consultation is expected around mid-October and could take one of three forms, depending on the interplay of factors such as ministerial and departmental bandwidth, parliamentary time, political appetite and the pace of economic recovery.

First, BEIS could set out a comprehensive legislative package, aiming to put the bulk of what the white paper has proposed on the statute book. Alternatively, it could opt for minimal primary legislation, but equip the FRC (or more accurately, the new regulator, ARGA) with additional powers to make further changes later. Or finally, it could just focus on a core set of measures – say twenty of them – and concentrate on implementing those. Given everything else the government has on its plate just now, I would not be surprised if we ended up with that third scenario – but we shall see.

Whatever comes out of this white paper, we need to think about the longer-term consequences: for the profession and business. Personally, I am not certain the impact will be everything the government is aiming for. In fact, if this whole programme is not handled well, in some areas there is a distinct possibility that it will have the opposite effect than the one government intends.

Real reform on this scale will take significant time to implement. Market interventions of the kind being discussed simply cannot happen overnight. For example, while nearly everyone agrees that increased resilience, competition and choice at the top of the audit market are urgently needed, the proposed managed shared audit regime may take years to bed in - and even longer to achieve sustained change in the sector.

I believe managed shared audit can be made to work, with sufficient effort, goodwill and time, but it probably needs other measures in support, such as a market share cap. There are a number of excellent ‘challenger’ firms outside the Big Four that should be ready and willing to seek a stronger presence in the FTSE350 market, but I am concerned that the approach outlined in the white paper takes little account of how they assess opportunity and measure risk. Some will step up, but others will contemplate the regulatory burden (and the potentially crippling financial and reputational damage which could result from any misstep) and wonder if the game is worth the candle.

We also worry about the unintended consequences of extending the definition of what constitutes a Public Interest Entity (PIE). After the Statutory Audit Directive was introduced into the UK in 2015, the number of firms conducting PIE audits decreased from over 50 to just over 30. While we agree that the definition of PIE needs to be updated, we believe that, far from opening the market, the kind of expansion set out in the white paper could actually cause many more firms to exit.

The Netherlands has been undergoing its own series of audit and corporate governance reforms since 2014, and that process continues. The emphasis there has been on improving quality rather than market-opening measures as such, but the number of auditors doing PIE audits has fallen from nine to six. A similar outcome in the UK would not be helpful: these are complex issues, where good intentions can easily prove counterproductive.

More generally on corporate governance, I suspect that this government’s instinct is toward less regulation rather than more. Both the Secretary of State for Business, Kwasi Kwarteng MP and Chancellor of the Exchequer, Rishi Sunak MP, are small-government politicians at heart. Assuming these reforms remain a priority for them, they will be wary of increasing the red tape on businesses as the economy moves forward, post-Brexit and post-COVID. I expect ministers will wish to offset any new corporate governance regulation to emerge from this white paper with deregulation in other areas.

Global Britain’s place in the world

If this all feels like the ship has sailed, I would agree that is a fair deduction. The story might have developed very differently if the collapses which are now almost part of history – BHS in 2016 and Carillion in 2018 – had prompted urgent action and generated momentum around the reform agenda. The earliest we will get ARGA (the replacement for what a Select Committee MP called the ‘toothless and useless’ FRC) will be 2023. This has not been very agile. Yes, we have had a pandemic to deal with in the meanwhile, but many of these measures could have been introduced well before 2020 if the desire had been there.

Overall, our message to the government is that the accountancy profession is a great British institution - do not wreck it. If you care about ‘Global Britain’ and our place in the world, we need to look after those sectors where we really do lead the pack. The professional services sector is one of those and that ecosystem underpins wider British business and economic success. If we are not careful, we could lose all that. Reform is necessary and overdue but we need to preserve the core of what makes the British accountancy profession great. 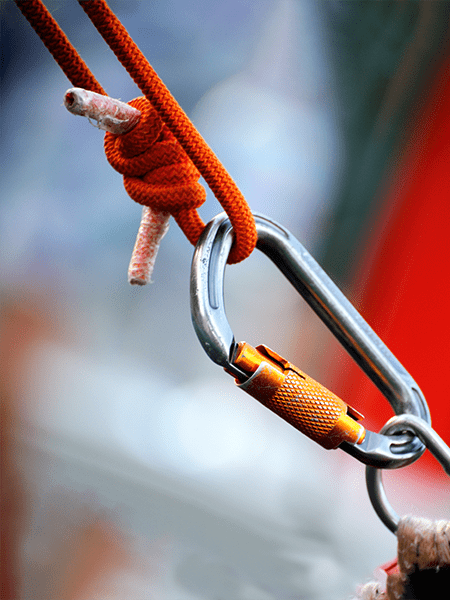