The UK’s services sector is bearing the economic brunt of the rise in infections from the Omicron variant with growing numbers of staff isolating and increased consumer hesitancy, the latest research shows.

Growth in the service sector fell to a 10-month low as the Omicron variant slows the economic recovery. This has prompted a significant fall in the services PMI to 53.6 in December from 58.5 in November. It marks the worst month for services since February 2021, according to the latest IHS Markit/CIPS UK Services PMI.

The Omicron variant led to a steep fall in spending in December on consumer services, increasing uncertainty and operational disruption due to staff absences.

Tim Moore, Economics Director at IHS Markit, which compiles the survey, said: “December data revealed a severe loss of momentum for the UK economy as many customer-facing businesses experienced a drop in demand due to escalating COVID-19 cases.”

Duncan Brock, Group Director at the Chartered Institute of Procurement and Supply, pointed to ongoing Brexit customs delays and supply shortages further depressing activity in the sector. “Export orders were also affected by reduced international travel with sales falling for the first time since June 2021,” he said.

PMI activity shows a mixed picture in terms of impact and confidence levels as well. Manufacturers appear to be faring better. December’s IHS Markit/CIPS manufacturing survey showed output rising at the fastest pace in four months. This meant a fall in December’s composite PMI to 53.6 from 57.6 in November was less marked than the fall in the services PMI.

Martin Beck, Chief Economic Adviser to the EY ITEM Club, said: “News from the latest services survey was not all bad. Firms reported weaker rises in costs and prices, mirroring an easing in supply/demand imbalances in the manufacturing survey.”

But Beck said: “Disruption from the current scale of infections risks worsening supply bottlenecks, particularly labour shortages.” He said the latest PMIs supported the likelihood of a GDP fall in December. UK GDP growth is expected to remain at around 4.5-5.1% in 2022.

PwC warns that some regions, especially those reliant on manufacturing, retail and wholesale, or with higher infection rates or an older population, are struggling more than others, leading to the potential for greater long-term inequality.

Matthew Hammond, Midlands Region Leader, PwC, said the pandemic had caused the most severe regional disparity in output in the past 50 years, with most UK regions underperforming expectations in speed and scale of recovery.

“This regional polarisation is one of the key drivers behind the UK’s sluggish recovery prospects and may be one of the core factors affecting growth over the medium to long term,” Hammond said.

Inflation and trade friction is also affecting productivity. The Bank of England forecasts that consumer price inflation will hit 6% in April, a 30-year high.

However, Moore said: “The inflation outlook appeared to improve as input prices increased at the slowest pace for three months. Survey respondents again commented on considerable pressure from energy, fuel and staff costs.”

Many businesses are looking to pass on mounting costs to consumers over the year as output charge inflation fell only slightly from November’s record high. Simon Jonsson, Head of Industrial Products at KPMG UK, said: “Supply chain challenges persist for many manufacturers, who will be hoping the impacts of Omicron don’t worsen the situation further.”

Jonsson urged manufacturers to focus on how to tackle rising costs, while ensuring productivity remained a top priority.

Moore said that despite concerns of weakening economic growth, service providers were confident about future growth. Around 55% of the PMI survey panel anticipate a rise in output during 2022, while only 10% expect a decline.

“The degree of optimism has held steady since the autumn, suggesting that most businesses are forecasting only a temporary hit to demand from the Omicron variant,” Moore said.

Further positive data shows that, despite some labour shortages, employers were hiring across the service economy at the end of last year. PwC said robust job creation reflected upbeat business activity expectations for the year ahead. Hannah Audino, economist at PwC, said: “Most measures of labour market health are moving in the right direction, and there are signs of increasing tightness in the labour market as many workers return to work.”

But Audino urged caution, because data was not yet available to understand the full impact of the end of furlough and certain skills shortages could hold back recruitment.

Rising inflation, higher interest rates and increased national insurance contributions will begin to hit household spending power this year and next, so service providers and manufacturers will have to tread a thin line.

Stay up to date with the latest news and developments in the travel, tourism, and hospitality sector. 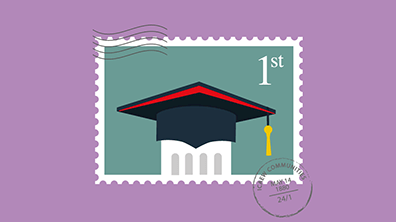 Connect, collaborate and share insight and ideas with colleagues and professionals on accountancy education, qualification, lifelong learning, and research.