A look at the differing impacts of the pandemic by region, focusing on regional coronavirus vulnerability, and the potential impact of the ‘levelling up’ policy goal.
Contents
Back to top

This report was produced on 22 May 2020 with ICAEW's partner Oxford Economics, one of the world’s foremost advisory firms. Their analytical tools provide an unparalleled ability to forecast economic trends.

Differences in sectoral performance, when taken in combination with regional variations in sectoral structures, are major drivers of differences in regional economic performance. For example, those regions that are very dependent on manufacturing, or hospitality and tourism, are likely to be experiencing sharper output falls in 2020 than those in which business services and digital services are relatively more important, because of their relative exposure to the detrimental impact of the coronavirus.

In addition, other factors are also likely to be affecting regions’ relative vulnerability to the pandemic. The degree of exposure to international trade is likely to be important, and not just to exports, but also to the region’s reliance on supply chains for components and for raw materials. High numbers of self-employed workers, or of small businesses, may also make some regions less resilient than others. This would be the case if those individuals and companies started from weaker financial positions. It might also be because they faced sharper declines in sales than larger companies, with broader customer bases.

Conversely, regions which have high numbers of people who are able to work from home, or in which high-speed internet connectivity is more widespread, may be more resilient than others. And clearly health vulnerabilities matter too: numbers of older people and the number of hospital beds are two proxies for this. In addition, highly urbanised regions with densely-packed populations may be more vulnerable than those where populations are more dispersed.

London and South East may be least badly hit

Taking these factors into consideration, it is possible that, although London is likely to be the part of the UK with the highest number of coronavirus infections, it may turn out to be the most resilient from an economic perspective. An important reason here is that the capital has so little manufacturing industry. It also has strength in sectors that are normally office based, but which have been able to switch substantially to homeworking. These more than offset the increased vulnerability which arises from London’s large hospitality, tourism and cultural sectors, and from having large numbers of self-employed people and small businesses. And although London’s population density is very high, its population is also very young, which raises its resilience from an economic as well as a health point of view.

Greater than 0 is more exposed than UK average, less than 0 is less exposed. Download the regional scorecards for more details.

Another region which may be particularly able to resist the worst economic impact of coronavirus is the South East. It is true that the region has a higher than average share of its population who are aged 65 or older, and a fewer than average number of hospital beds relative to the size of its population. It also has high numbers of self-employed people and small firms. However, it also has a relatively small manufacturing sector, and in particular it has large numbers of people who are likely to be able to work from home and − reinforcing that − good internet connections.

Broadly consistent with these results, Oxford Economics estimates that both London and the South East will experience smaller-than-average GVA declines in 2020, with the former experiencing a fall of a little over 7% and the latter about 7.5%. In contrast, the West Midlands may experience the largest GVA decline of any region, at over 9%. In terms of indicators of vulnerability, the region lies roughly in the centre of the range, with two of its neighbours, the East Midlands and the South West, ranked as the two most exposed parts of the UK.

However, an important difference is that the West Midlands was already underperforming the UK average, even before the pandemic took hold, whereas the South West closely matched the UK’s growth rate in 2019, and the East Midlands grew somewhat faster in 2019 than the national average. The East Midlands also has the advantage that an important component of its manufacturing sector is food production, which is mostly continuing to operate, albeit with restrictions. The region also has only a small hospitality sector, and it has fewer self-employed than most.

Likely recoveries in 2021 are just as important to the different regions of the UK as their current challenges. From that perspective the West Midlands looks to be better placed than most. Indeed, Oxford Economics forecasts that the region will see the fastest GVA growth of any region in 2021, at just over 8% next year. This is partly because the West Midlands falls further in output terms this year than others. More businesses have closed, or severely cut production, and so more are able to reopen, or return production to normal. And related to that, it reflects 2020 supply-chain problems turning into 2021 supply-chain opportunities, as recovery in Germany and elsewhere feeds back to the region.

To be fair, the East Midlands will probably get a boost from the same source, but its overall recovery will be dampened by the same factor that has been its modest protector in 2020: a large food manufacturing sector.

London, in contrast, does not quite make up in 2021 the output it loses in 2020. Indeed, in general the 2021 regional rebounds will not be enough to fully compensate for the 2020 declines. Taking the point further, it is unlikely that even by 2025, any region will see its GVA at the level that it would have been in that year, if the pandemic had never struck. So, the crisis has generated a near-permanent shortfall in all regions.

Growth and unemployment in London and North East

As evidence for that, the current Oxford Economics forecasts for the level of GVA in each region in 2025 compare unfavourably in all cases with the forecasts published in December 2019. Admittedly the coronavirus pandemic is not the only thing that has changed since then, so this is not a perfect guide. The crisis has, however, clearly dominated all other developments, and so a comparison of these two forecasts provides a reasonable estimate of the impact of the virus.

On that basis, the East Midlands is the mainland region that has seen the smallest downward revision to its forecast for GVA in the year 2025, and London has seen the largest cut. So, although London sees a smaller GVA fall than other regions in 2020 compared with 2019, it suffers the most in terms of loss of medium-term growth, reflecting a weaker bounce-back in sectors important to the capital.

In one sense, London can afford to lose more than other regions. Its projected annual average growth over the full five-year period 2020-25 is still markedly higher than that of any other part of the UK. However, by historical standards that is still extremely low for the capital. And it is not as if faster growth in London than elsewhere translates into lower unemployment. London’s unemployment rate is forecast to be no lower in 2025 than the average across other regions. Essentially, the capital’s above-average GVA growth is associated with inward migration of young people into the capital, both from the rest of the UK and from abroad. As a result, unemployment does not fall in the capital − or at least, not fully.

A second region stands out in 2025: the North East. In this case there is a close association between GVA growth and the unemployment rate, but unfortunately it is not a favourable one. Economic growth is the weakest of any region over the 2020-25 period, while joblessness at the end of the period is the highest of any region. The North East continues to struggle to move away from a high dependency on both manufacturing and the public sector, and it has a relatively weak base in terms of small entrepreneurial businesses. Together with Scotland, but to a greater extent, it is likely to see a decline in its population over the period. If, as is likely, that is associated with increasing scarcity of highly qualified individuals, then that is likely to make the challenges facing the region all the greater, with these various problems tending to reinforce one another.

The problems of the North East are an extreme example of a likely continuation of the tendency for long-established regional variations in economic performance to persist. In the same way, the South East looks set to be the second fastest growing region after London in the 2020-25 period. And it, along with the South West and the East of England, is forecast to have lower than average unemployment in 2025. In contrast, Yorkshire & the Humber, the West Midlands and Wales, are all expected to experience relatively weak output growth over the same period, and the first two of those are forecast to have higher unemployment rates than average.

This persistence of past variations in regional economic performance is hardly surprising. There is no reason to expect the pandemic to significantly alter the underlying drivers of competitiveness. There are indeed reasons why inequalities may increase. For example, companies that were financially insecure even before the lockdown are less likely to recover in 2021 than those with stronger balance sheets. And less-qualified individuals with fewer transferable skills, who lose their jobs in 2020, may find it harder than others to secure new jobs when the rebound comes. To the extent that these differences across companies are replicated across regions, there is a risk that the pandemic will tend to deepen, not reduce, the regional divide.

That said, we remarked in Section 1 that the current crisis has forced the government to play a dramatically increased role in the economy, and that even when conditions return to normal, at least some of that may persist. To the extent that the consequence is a sustained increase in public expenditure, relative to pre-coronavirus days, including within that both local authority budgets and also welfare payments, then the consequence is that regions with higher dependency on such spending should benefit the most. That will therefore tend to promote a degree of ‘levelling-up’.

However, it is also possible that some policy priorities may be sidelined and some budgets cut to pay for others. The March 2020 pre-crisis budget focused heavily on increases in capital investment, and significant policy commitments were made with regard to spending on Research and Development and transport, not least a go-ahead for the High Speed 2 rail link from London to Birmingham, and perhaps beyond. This has always been presented as an investment that will reduce the ‘North-South gap’. While such headline schemes are unlikely to be shelved, budgets may be trimmed, and less conspicuous interventions may be abandoned.

On balance the assessment implicit in the forecasts shown here is that there could be some short-term support to underperforming regions, simply because they receive more of the national government spending budget, but less government attention may be focused on why those regions were underperforming in the first place. Instead, the policy priority is likely to be framed around building resilience, whether to one-off threats such as pandemics, or to pre-existing challenges such as long-term unemployment. And although there may be a counter argument that resilience is best left to market forces to deliver, the political appeal of that is likely to have been damaged by the experiences of 2020. Overall, therefore, the forecast shown here steers a middle ground for regional prospects over the medium term. 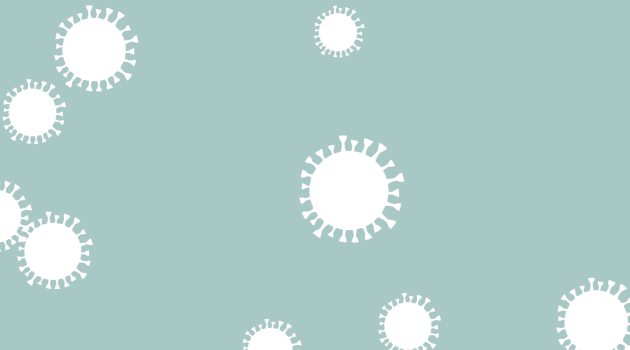 Faced with an unprecedented health and economic crisis, this hub collates information and resources from across the institute and beyond. 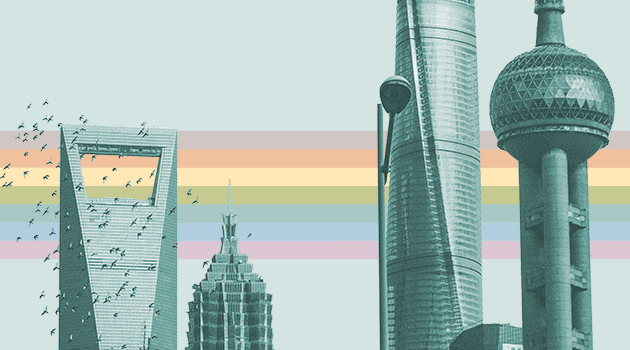 Recovery from the worldwide economic crisis brought about by COVID-19 is being informed by initiatives from around the world.