The Business Law Department is responsible for ICAEW policy and related submissions to legislators, regulators and other external bodies on those areas of the law and regulation (proposed and existing) relevant to accountants and the accountancy profession.

We also provide formal and informal guidance to members through Technical Releases, guides, webinars, and articles.

It was set up to review any legislation that could affect members and the public interest, and if necessary seek to amend that legislation. In the 1880s and 1890s this included legislation on bankruptcy, directors’ liabilities, registration of accountants, trustees, railway accounts, and even public health.

Then as now the committee sought to engage with members, politicians, and other official and professional bodies. It gave expert evidence to government ministers, departments and parliamentary committees. As the work of the committee expanded, sub-committees were formed to consider particular pieces of legislation or more specialist subjects.

Charles Worth Head of department, Solicitor 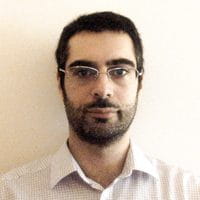 Main areas: economic crime and ethics related technical issues in both an international and domestic context.

The work of the Business law department is supported by a number of groups of volunteer experts and specialists, including:

The work of the department varies according to the needs of members and changes in the business and legal environment. Over the last few years the Business Law department's work has covered:

Read the latest representations Business Law have made to government and other bodies on behalf of our members.

For representations we are currently working on see here. If you wish to contribute please contact the Business Law team member listed

For all representations made by ICAEW see here

ICAEW Technical Releases are a source of good practice guidance on technical and practice issues relevant to the work of ICAEW Chartered Accountants, accountants and other professionals.