The importance of innovation investment, the role of chartered accountants in driving meaningful ESG strategies and geopolitical concerns were among the subjects touched on by Rt Hon Lord Willetts FRS, speaking at last week’s Annual Reception of ICAEW’s Corporate Finance Faculty.

Lord Willetts, a Board member of UK Research and Innovation (UKRI), applauded Britain’s progress in funding innovation through the extensive and important work of UKRI and the development of ARIA, the UK government’s recently announced Advanced Research and Invention Agency, but warned there are still issues for businesses which require significant investment in research and development to develop new technologies before they reach a stage where they can get to commercial production.

He also highlighted the pivotal role ACA-qualified chartered accountants have to play in providing objective, consistent and clear advice on ESG and sustainability, and stressed the importance of consistent, useful and clear standards against generally accepted criteria for assessing the effectiveness of companies’ measures around ESG and particularly climate change.

Moves to provide global financial markets with high-quality disclosures on climate and other sustainability issues moved a step forward at the UN’s COP26 Climate Change Summit in Glasgow, after the IFRS Foundation formally announced the formation of the International Sustainability Standards Board and published prototype disclosure requirements.

Meanwhile, Lord Willetts commented on a marked geopolitical shift since his time in government under then Prime Minister David Cameron. In particular, he commented on how a deterioration in international relations with China combined with growing concerns about the acquisition of strategic technologies and know-how by Chinese firms has led to the introduction of the UK’s ground-breaking National Security and Investment Act, which comes into force in January 2022. Lord Willetts also commended ICAEW’s Head of Corporate Finance David Petrie for his work with BEIS on the development of the National Security and Investment Act.

On 1 December, government minister Lord Callanan will speak at an event hosted by ICAEW at Chartered Accountants’ Hall in London about the Act, which according to the government’s own estimates could affect more than 1,000 transactions per year. The Act introduces a new investment screening process for investors and businesses with implications for corporate investment decisions, M&A, private equity, venture capital and infra deals across 17 industrial sectors.

ICAEW’s Head of Corporate Finance David Petrie, on behalf of ICAEW and its Corporate Finance Faculty, has been in consultation with the UK Government at all levels, including ministerial, since 2017 on the Act. The aim has been to encourage a regulatory approach that promotes economic growth and increased business investment, as well as more security.

Lord Willetts also touched on the contrast in intergenerational wealth, which he said remained a major concern in society and meant it was extremely difficult for young people to get on the property ladder. He is Executive Chair of the Resolution Foundation, an independent think-tank focused on improving living standards for those on low to middle incomes. As house price inflation continues to outgrow wages, property prices in England are now seven times the local salary on average, according to analysis by Online Mortgage Advisor.

During the reception, attended by more than 250 members of ICAEW’s Corporate Finance faculty, as well as government officials and leading figure from the City, London Stock Exchange Group plc received the faculty’s prestigious Corporate Development Award, which recognises the PLC that adds most to shareholder value via M&A activity, for its transformative $27bn acquisition of Refinitiv from a Blackstone Group consortium and Thomson Reuters. The landmark deal helped to secure London Stock Exchange Group’s position as a global leader in global financial markets infrastructure, data and analytics.

Anna Manz, Chief Financial Officer of London Stock Exchange Group plc, collected the award and in her acceptance speech she commended the faculty on its work focusing on maintaining and building the competitiveness of the City of London and cited the Corporate Finance Faculty’s substantial contribution to Lord Hill’s Review of the Listing Rules.

David Petrie, Head of Corporate Finance at ICAEW said: “Given that the faculty is so actively engaged with a number of government departments it was entirely appropriate this year our reception took place in the heart of Whitehall. Huge thanks are due to our members and to everyone in so many parts of ICAEW who helped to make the Corporate Finance Faculty Annual Reception such a great success. It took a lot of courage to begin planning an in-person event a few months ago - but we were right to do so. This was the best attended evening event for many years.”

ICAEW will host National Security & Investment Act - implications for the economy, businesses, investors and advisory at Chartered Accountants’ Hall in London on Wednesday 1 December (0930-1100): Reserve your place or watch it live-streamed by clicking the event link here and selecting the relevant option on the drop-down menu.

Extensive information, guidance and details of ICAEW events on the National Security & Investment act are available on ICAEW’s dedicated hub. 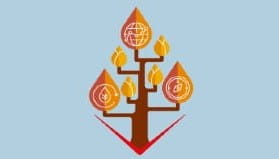 ICAEW's Corporate Finance Faculty is the largest network of professionals involved in corporate finance. Join chartered accountants and others involved in advisory, investment and business.