How to transition from audit to business

A shift from the structured environment of audit to a career in business opens up a different range of opportunities. Lucy Douglas looks at five key areas of difference: less structure, a different skill set, needing a deep understanding, finding ways to add value and building leadership skills 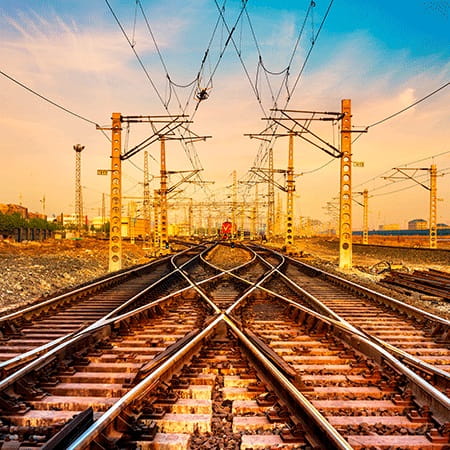 Like many ACAs, Will Holt changed the direction of his career by moving out of a Big Four firm and into a business role. Holt, who is now the Dean at Pearson Business School, began his career at PwC, spending four years working in audit and insolvency, before leaving to teach accountancy at Kaplan. “It was only when I started [at PwC] and realised that this probably wasn’t going to be the career for me that I started thinking about what I did want to do,” he explains.

Education may not be a traditional career path for finance professionals, but Holt’s experience demonstrates the range of opportunities that open up for qualified accountants. “Looking back, it was such a good introduction to business,” he says.

The day-to-day of a career in industry can be very different to the structured and process-based workload in audit. Rick Payne, Finance Direction Programme, ICAEW’s Business and Management Faculty, says the environment he found himself in after moving into the banking sector in 1987 was “chaotic”.

“It was really strange compared with the structured world of audit,” he says. “I went in to be the technology financial controller. There was lots of money being spent on technology, but it was very difficult to work out how and where it was being spent. There were huge amounts to get through – systems were falling over due to the volumes involved,” he says.

Here, we explore five things to expect when moving from practice to industry.

1. There is less rigorous structure

“Working in a Big Four company in an audit role – and you only really realise this in retrospect – everything’s quite perfect,” says Holt. Schedules are planned several months in advance and procedures are fixed – all of which might be a reason you thrive in an audit environment, or the main reason you’re looking to move away.

In industry, the structure is likely to be a lot less set in stone compared with what you are used to – although that will depend on the sector and company you work for.

“In business, anything can happen at any point. Therefore, your days do tend to be quite different,” says Holt. “Things happen out of the blue. You might think you’re going to the office to do one thing and then you’re doing something completely different for the next three or four days.”

Part of the challenge is identifying how you should be spending your time. “When you’re in audit, you have a clear objective: delivering the audit,” says Payne. “When you move across to business, depending on what role you take, you have to work out for yourself what the key objectives and priorities are.”

2. You will use different skills

Along with the varied structure of a role in business compared with audit, you will also be using a broader range of technical skills.

“As an auditor, you’re running through pre-determined tests and applying the methodology,” says Holt. “In a finance role inside a company, the range of things you’ll do technically is quite different. You can go from checking financial statements to actually putting them together, as well as dealing with the ‘humanness’ of the workplace – where not everything is perfect and there isn’t perfect information – and working with what you have.”

Another key difference is the shift from looking almost exclusively backwards to looking ahead, which can be challenging. Roles in industry are likely to involve writing budgets and forecasts for a year or more in advance. The aim, Payne says, should be to produce forecasts or analysis that are “good enough” to base business decisions on.

“In industry, you think ‘have I got this accurate enough to make a good decision?’, rather than coming down to the last penny – unless, of course, that’s important from a control perspective,” he says.

3. You need to understand the nuts and bolts of the business

The move into industry can lead to a varied and unexpected career path. According to Payne, one thing that CFOs and successful financial partners have in common is a thorough understanding of the intricacies of the businesses they work for.

“You’ve got to really understand the business model and how things are connected,” he explains. “That means understanding the drivers and not just thinking ‘here’s a set of accounts and they’re accurate’. What do they mean and why is that important? Saying ‘there’s a variance of 10% on travel expenditure’ isn’t any use to anyone – why is there a 10% variance and what’s the impact on our business?”

It’s important to take the time to understand the business’s cost base and how those costs contribute to profitability, so that if certain costs are down, you have a sense of whether it is likely to affect revenue.

4. Look for ways to add value

Instead of delivering a service, as you do in an audit role, finance roles in industry are supporting the rest of the business. “It’s about always adding value to your employer,” Holt explains.

It’s also worth understanding what the priorities are for your bosses and the senior leadership team. “When you start out in your career, the people who tend to progress usually have a perspective on what the more senior stakeholders are looking for and how they can help them get there quicker,” Holt says.

Payne recommends taking a proactive approach: “Look for the key problems the business is facing and ask: ‘How can I, as a finance professional, contribute to solving that problem?’ Look for those opportunities to help.”

5. Be prepared to develop your soft skills

One of the most notable differences to bear in mind is the people you are working alongside. In audit, you expect to be working with different teams for different clients and spending a lot of time on the road. In business, chances are you will be based in one place with the same team, which means developing positive working relationships with people.

Then there is the diversity of those you will be working alongside, in terms of skills and personality. “In the audit bubble, you have very technical discussions, both with your clients and your colleagues,” says Holt. In industry, however, you are likely to work with people from a variety of professional backgrounds.

“Some might be quite actively terrified of numbers and are certainly not comfortable having a technical conversation,” says Holt. “It teases out a much broader range of skills – you have to adapt your language and how you work with people.”

Payne says one particular aspect of the shift that he found challenging was managing staff who were not motivated.

“In audit, you’re working with a group of people who are probably equally ambitious. In business, I think you’re more likely to come across low-performing staff” he says. “It’s really tough to start with and you might have to deal with conflict and confrontation. If you have to take them through the disciplinary process, it can have quite a big impact on the rest of the team.”

On the other hand, a background in audit may have given you some solid experience in leadership. Holt says he was leading audit teams within a few years of starting.

“When managing different groups of people who are highly intelligent and very accomplished, you have the opportunity to gain responsibility very quickly, and I think that’s probably helped my career,” he says.