Exclusive content
Access to our exclusive resources is for specific groups of students, users, subscribers and members.
Log in Find out more
Contents
Back to top

With instances of contract modifications to financial liabilities common in times of uncertainty, this short guide outlines the accounting requirements of IFRS 9 Financial Instruments and illustrates their application with an example. Aimed at non-banking entities, it discusses the accounting for contract modifications to financial liabilities only.

This ICAEW Know-How was created by the Financial Reporting Faculty.

Loan repayment holidays, interest waivers and other renegotiations of debt finance are a common occurrence for entities particularly in times of uncertainty. For those that have not dealt with such scenarios previously, accounting for these contract modifications may present challenges. It is also worth noting that accounting requirements for non-substantial modifications of financial liabilities were clarified with the introduction of IFRS 9 Financial Instruments, effective since 2018, and may represent a change compared to treatments applied previously.

Is it a modification or not?

The first step in the process is to establish whether the changes agreed with the lender constitute a modification or derecognition event in the eyes of IFRS 9. The term modification is not defined in IFRS 9 but the normal meaning implies that the contractual terms of the existing debt are renegotiated or altered in some way. An exchange of debt instruments between an existing borrower and a lender, although not a modification in this sense, is treated in the same way.

However, the repayment of a financial liability in line with the terms of the original contract eg, by exercising an option to repay a loan early followed by taking out new debt is not a modification. This would instead be accounted for as a derecognition of the existing liability and the recognition of a new liability.

Having established that a modification exists, it is then necessary to determine whether it constitutes a substantial or non-substantial modification. Two tests are potentially considered:

There may be circumstances where the 10% test is not met, but other qualitative factors indicate there has been a substantial modification. Although not required by the standard, IFRS 9 permits qualitative factors to be considered. For example, where the denomination of a liability is changed to a different currency, it may be concluded that the terms of the modified liability are substantially different.

Substantial modifications are treated as an extinguishment, and so derecognition, of the existing liability and recognition of a new liability based on the new contractual terms. Any difference is recognised as a gain or loss within profit or loss. Costs or fees incurred are also recognised within profit or loss as part of the gain or loss on extinguishment.

The carrying amount of the liability is then further revised for any costs or fees incurred. The effective interest rate is also revised accordingly, so the costs are amortised over the remaining term of the modified liability.

As noted earlier, IFRS 9 clarifies the requirement to recognise an immediate gain or loss on non-substantial modifications. The treatment required under the previous accounting standard, IAS 39 Financial Instruments: Recognition and Measurement was ambiguous and typically, entities did not recognise an immediate gain or loss. Instead, directly attributable transaction costs and revisions to future contractual cash flows were considered in the calculation of a revised effective interest rate. The effects of the modification were therefore spread over the remaining term of the financial liability. As a result of this clarification, some entities may find themselves having to account for contract modifications differently than compared to the past.

The company negotiates a modification of the terms its loan on 31 December 2022 and the modification results in the waiver of the interest payment due on the same date. All other contractual cash flows remain payable. Fees of £100,000 were paid to in respect of this negotiation.

For the year ended 31 December 2021, the loan was subsequently measured at amortised cost as follows:

For the year ended 31 December 2022, the interest expense recognised in profit or loss would be calculated using the effective interest rate:

The carrying value of the liability is then further adjusted to reflect the fees paid of £100,000. The liability is decreased to £9,741,088 and the effective interest rate revised to 5.97% (calculated using IRR function in spreadsheet programme). From 1 January 2023, the amortised cost measure will become:

Further resources on IFRS 9 Financial Instruments are accessible at icaew.com/ifrs9

Download a copy of this guide to print or save. A range of practical resources on UK GAAP, IFRS and UK regulations 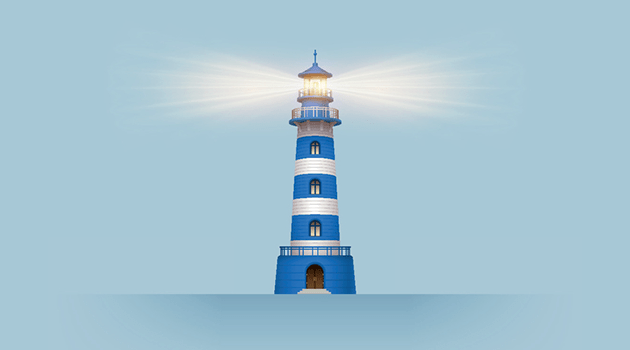 Stay up-to-date with the latest developments in corporate reporting. Open to all. Charges apply to non-ICAEW members.