Unfavourable demographics are yet another thing to worry about

Populations are getting older. And, in economic terms, they are not growing older gracefully. In doing so they are creating problems says David Smith, Economics Editor for the Sunday Times in his monthly editorial for the Financial Services Faculty. 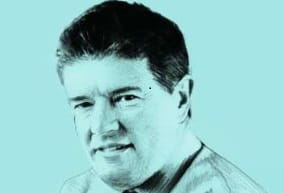 At the end of May, just over four decades after it had introduced its one child policy to limit population growth, China announced a shift to a three-child policy. It meant, as it suggests, that each family would be allowed to have up to three children. Only five years ago, in January 2016, the one-child policy had been dumped in favour of a two-child rule.

China was responding to a different kind of demographic problem than the one it thought it was dealing with in 1980. Then it was worried about too many children and thus too large a population. Now it is concerned about the opposite problem, a declining and ageing population.

This content is not freely available. To access 'Unfavourable demographics are yet another thing to worry about ' you need to be one of the following: