Our exam booking system is still experiencing technical issues and is now closed to enable these to be resolved. It will reopen on Monday 20 July at 10:00am (UK time). For Certificate Level, you can access your remote invigilation exams or make or amend bookings via my.icaew.com/examsonline.

The arrival of Basel IV

After years of indecision and delays, Basel IV is expected to arrive. Nick Mead takes a look and assesses the impact of the European policy’s long-awaited reforms. 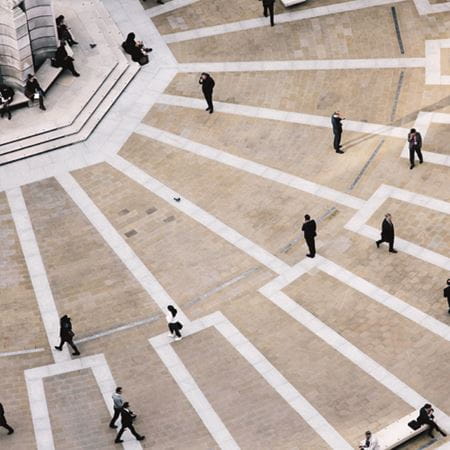 Last year marked a major milestone when the Basel Committee on Banking Supervision (BCBS) finalised the outstanding elements of Basel IV. These consisted of revisions to the standardised and internal ratings-based credit risk approaches; an overhaul of the operational risk framework; a significant change to the credit valuation adjustment (CVA) capital charge for derivatives; and an aggregate output floor to limit the benefit from internal models.

This completed earlier agreements to change the securitisation framework, the standardised approach to counterparty credit risk as well as the market risk reforms, better known as the fundamental review of the trading book (FRTB).

The attention now turns from global policymakers to EU politicians and, while the road to global finalisation was long and complex, the path to European implementation may be even longer.

Where we are now

It has not actually been a sequential journey from Basel to Brussels. The piecemeal nature and protracted process of the Basel reforms meant that the EU felt the need to press ahead and discussions on the Capital Requirements Directive 5 and the Capital Requirements Regulation 2 (CRD5/CRR2) started in November 2016 – over a year before Basel IV was finished.

As a result, CRD5/CRR2 includes some, but by no means all, and certainly not the most contentious elements of the Basel IV package. For instance, although the package includes the FRTB proposals, it does not mention the revised standardised approach, output floors or the revised operational risk standards – all of which will have a more significant impact on the broader European banking sector.

The EU has purposefully decided not to re-open the discussions for CRD5/CRR2 around these issues, which would entail significant amendments. This primarily reflects the fact that CRD5/CRR2 is part of a wider set of reforms – known as the banking package – which touches on a broad range of non-Basel-related issues with the primary goal of improving the efficiency and effectiveness of the banking union. There was no appetite to re-open Pandora’s box and risk delaying this package.

This means that CRD5/CRR2 along with the rest of the banking package is nearing completion and we expect the final text to be announced shortly. Implementation is set to begin from 2021 with different elements having different timeframes. It will contain:

The remaining components of Basel IV will have to wait for CRD6/CRR3.

However, we have very little clarity about the exact format or timing of these proposals. In practice, this means that the EU is likely to miss the Basel Committee’s proposed implementation date of 1 January 2022. When transitional periods are also considered it could be some time before the Basel reforms are fully and finally implemented in the EU.

The protracted implementation of the Basel IV reforms reflects a broader shift in the attitude and mentality of politicians and policymakers within the bloc. The concerns over capitalisation of a decade ago have become less urgent and been joined by a desire to improve profitability and competitiveness in the EU financial sector.

This was apparent in the attitude of European regulators during the Basel discussions. When the US regulators – suspicious over the use (and potential misuse) of internal models – attempted to introduce a high output floor so that internal model risk-weighted assets (RWAs) had to be at least 75% standardised, the Europeans strongly resisted. Given the reliance of European banks on internal models, EU regulators dug their heels in that the floor should be no higher than 70%. The eventual compromise at 72.5% proved the only way to break the impasse.

The concerns about the effect on the European financial sector and on the European economy more generally are also apparent in the draft European legislation. The EU legislators have broadly used four mechanisms to manage the impact:

This approach is likely to set the trend for the remaining elements of Basel IV when these come to be transposed into the EU.

Whether the EU’s approach is regarded as a pragmatic response to the challenges faced by the European banking sector or a protective measure to preserve its competitiveness depends on your perspective.

Whatever your view, however, it creates the conditions for accentuating regulatory divergence. The EU has signalled a willingness to adapt global standards for local conditions as other regulators have done. When this is overlaid with Brexit and relaxation of crisis era reforms, such as Dodd Frank in the US, the stage is set for a complex and fractured implementation – one standard; multiple applications.

What banks can do now

As policymaking is increasingly subject to a political overlay banks face a new raft of difficulties – from lack of certainty on timelines to lack of clarity on local application.

Nevertheless, there are practical steps banks can and should take. While different regions may apply the rules differently, it is unlikely they will apply significantly different rules. As such, banks should assess the strategic implications for their business model through impact assessments as well as the practical implications for the operating model through implementation heat maps.

In our experience, more firms have started on the former than the latter. Much of the analysis of the impact of Basel IV on data, reporting architecture, policy interpretations and target operating models has not begun. And yet it will be the firms that know the cost and timeframes to deliver, when they can delay and, when they have to push the button, who will be best placed to navigate these still uncertain waters.