The future of UK regulation

Monique Melis and Mark Turner explore the future of UK regulation in a post-Brexit world. 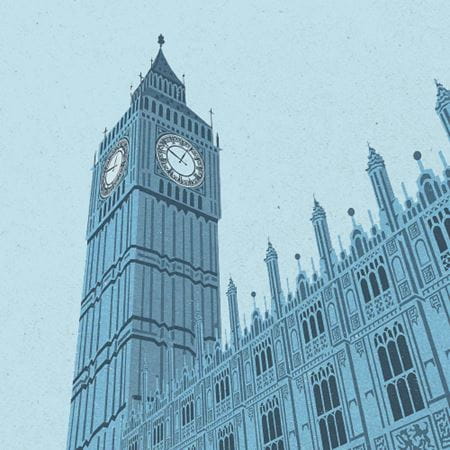 It is remarkable to note that even after 10 years, the financial crisis continues to have a profound impact on how our regulatory framework is shaped. Whether it’s the introduction of Basel III or the MiFID II, regulators continue to work on improving the financial health of institutions.

As a result, the financial industry is more robust and resilient today, as evidence from the latest EU stress test results shows. It highlights that banks have strengthened their capacity to withstand severe market shocks.

However, some of these reforms have been criticised for being complex and costly to implement, which can have a dampening impact on business growth.

As the UK is set to withdraw from the EU, policymakers and regulators have an opportunity to review existing regulations and make decisions about the best way to achieve regulatory outcomes within a business-friendly environment. This raises the question: will we see a wave of deregulation in the UK post-Brexit?

In early 2018, UK prime minister Theresa May promised investors that “a post-Brexit Britain will be an unequivocally pro-business Britain”. While recent regulation has been aimed at strengthening the financial industry – inspiring trust among market participants (not least customers) – the volume of regulation has been questioned in relation to its impact on market dynamics.

There are almost always unintended consequences. Higher capital requirements for banks provide a larger buffer to withstand financial shocks, however they can also make it more challenging for new entrants in the market, hampering the efforts to improve competition. The regulatory burden means the financial industry is more complex than before, and firms face ever-increasing compliance and reporting costs.

Whatever deal we end up with, we are unlikely to see wholesale deregulation of the UK’s highly mature financial sector. The UK has a well-established and well-respected system of regulation, which plays a role in supporting the confidence that both domestic and global investors have in the UK’s financial market.

Charles Randell, chair at the Financial Conduct Authority (FCA), delivered a speech at the Association for Financial Markets in Europe’s annual conference in October last year, stating: “I believe that if we deliver our existing statutory objectives of making our markets work well, consumer protection, competition and market integrity, then there should be nothing to stop the firms we regulate from making money and growing in global markets.”

Regulatory authorities and policymakers in the UK are keeping an open mind nonetheless when it comes to existing regulation. This does not mean simply expanding regulation when it is not having the required effect, but also trying to make regulation more suitable in order to produce the desired outcomes for consumers, businesses and markets.

The FCA conducts regular reviews to improve the financial services sector. It published a report in June 2017 following a study on the asset management market, which was carried out to better understand how asset managers compete to deliver value to investors. The study revealed a number of concerns including weak price competition, evidence that investors are not always clear what the objectives of funds are, and that fund performance may not always be reported against an appropriate benchmark. The FCA responded with a list of proposals to improve competition in the industry, including rules for fund managers to make an annual assessment of value.

In May 2018 the FCA also announced a number of proposed changes following a review it carried out on the high-cost credit market. The proposals, including making overdraft costs more transparent, are designed to ensure costs to consumers are fair and understood, and give them greater control over their finances. The results of the review were also used as part of a wider assessment on the retail banking industry.

At the end of October 2018, the FCA also launched a study on the general insurance market, following concerns that pricing practices in this market have the potential to harm home and motor insurance consumers.

Reviews such as these show that the FCA is proactive in taking action where it perceives consumer outcomes or market practices are delivering suboptimal outcomes. Where new regulations are implemented as a result of such studies, hopefully these will result in better, rather than more, regulation.

Unchallenged deregulation could itself be destabilising, increasing the exposure of the UK economy and taxpayers to the consequences that this could bring about. Regulators in the UK will have the task of ensuring that regulation is supportive of business but also that it provides appropriate checks and challenges to excessive risk taking, while making sure the UK remains internationally competitive.

Filling in the gaps

Another example of making the UK’s regulation more effective is the introduction of the Senior Managers and Certification Regime (SMCR), which was designed to increase market integrity and the accountability of senior managers by setting higher standards for conduct throughout firms, following shortcomings identified in the wake of the financial crisis. The regime has been in force for banks since March 2016 and for insurance sector firms since 10 December 2018; asset and wealth management firms will need to be compliant by 9 December 2019.

The SMCR should help to encourage corporate cultures that align fundamental business goals with positive corporate values. Other global regulators have followed the lead of the UK, with Hong Kong, Singapore and Australia introducing similar regimes. The UK is arguably leading the way in promoting positive culture in financial services.

Regulators in the UK are also focused on making consumers feel safer and creating a more stable and secure system. They have shown that they can do this while also supporting growth and promoting business and innovation. For example, the FCA introduced sandboxes in 2016, which are restricted environments in which unauthorised businesses can test innovative goods and services in a live environment. Since the launch, 89 companies have been accepted to test their propositions and feedback has been positive, as the sandbox helped companies identify flaws early on and fine tune their offerings.

Playing to the UK's strengths

The UK will continue to highlight the fact that its robust system of regulation is a source of competitive advantage for businesses. Regulatory authorities in the UK have already shown that they keep an open mind about existing regulation and that they are ready and willing to act to make regulation more effective. They may have further opportunities to do so post-Brexit, with the opportunity to strengthen rather than weaken the effectiveness of regulation.

May’s plan to “deliver an economy that is knowledge-rich, highly innovative, highly skilled and high quality but with low tax and smart regulation” may not have been specifically aimed at financial services and the City, but there is no reason why these principles should not apply.

Now, more than ever, the UK cannot afford to ignore the balance between the growth and competitiveness of its financial services industry and smart and sensible regulation.