Zsuzsanna Schiff explores the challenges of accounting for innovation 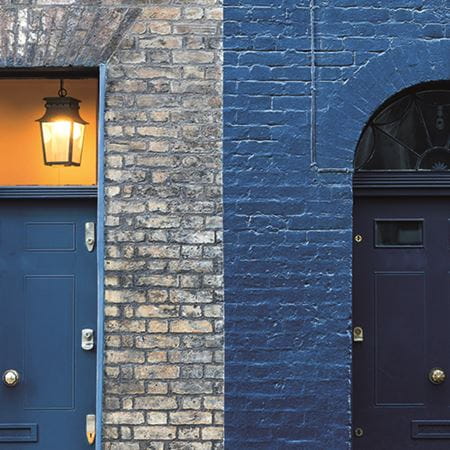 Equity release mortgages (ERMs) are a contentious solution to an even more contentious problem.

Amid a savings gap predicted to reach £25trn by 2050 and an increasing need to fund later life without state provision, ERMs can allow home owners access to cash to fund their retirement or perhaps even help their children onto the housing ladder.

From one perspective, ERMs present a best of both worlds option where the consumer can use the wealth tied up in their home while still being able to live in it. For insurance companies, they are a well-suited asset to back annuities, meaning a healthy balance sheet. The use of ERMs has grown significantly in the past three years, however, its complexities mean it is not well understood by consumers and it is tricky to account for.

Interest on ERMs is charged, but not settled, until the end of the mortgage, when the borrower dies or moves into long-term care. The borrower may have the option to repay the mortgage balance early but that option could trigger a significant financial penalty.

In the UK, banks offer ERMs as an alternative product to a regular retail mortgage and they incorporate them into their general mortgage lending activities. Insurers often invest in them to back annuity contract cash flows.

Currently, there is mixed practice for accounting for ERMs, largely dependent on whether the issuer is a bank or an insurer. There are broadly two models used:

The decision of how to account for ERMs is based on the determination of whether they are considered to be insurance contracts or financial instruments. This is primarily an issue for UK financial institutions that report under IFRS (although similar mortgages are sold in the US too).

There are several questions that should be asked when it comes to ERMs:

Is there a significant insurance risk?

The presence of a NNEG can mean classification as an insurance contract, even if not issued by an insurer, and otherwise without the legal form of an insurance contract. Some entities may consider the insurance component in some or all of their ERMs to be significant and so would be required to account for them under IFRS 17 rather than IFRS 9.

If it’s determined that the insurance risk is not significant then the mortgage is accounted for under IFRS 9. Most banks consider the insurance risk insignificant. They also argue that it is more appropriate to account for ERMs applying IFRS 9 because these contracts expose them mainly to credit risk.

What are the components of the contract?

An investment component is defined in IFRS 17 as “the amounts that an insurance contract requires the entity to repay to the policyholder [or borrower] even if an insured event does not occur”.

Generally, it is not possible to sell the NNEG separately from the loan. For these reasons, the host and NNEG features in ERMs would meet the separation criteria in IFRS 17, so it is argued that ERMs should not be accounted for by applying IFRS 17.

What is your business model?

IFRS 9 introduces both the business model approach and solely payments of principal and interest (SPPI) criteria to accounting for financial assets. The SPPI criteria requires consideration of whether an asset’s contractual cash flows include solely payments of principal and interest, while the business model approach considers whether assets are held to collect contractual cash flows.

For banks that have adopted IFRS 9, ERMs mostly fail the SPPI criteria as a result of the NNEG feature and are accounted for at fair value through profit and loss.

The risks and uncertainties associated with ERMs, both for businesses and consumers, mean regulators pay keen interest to how the products develop and grow. Although ERMs, commercial property and infrastructure financing can be a good match for long-term annuity liabilities they have to be carefully considered for Solvency II purposes. The Prudential Regulation Authority’s (PRA) key objective is that insurers are adequately reserved and hold appropriate capital against the risks arising from ERMs.

The key risk is the NNEG, which is very beneficial for a borrower, in that it says the borrower will never repay more than the value of their home, but exposes the insurer to property risk, house price risk and longevity increases over potentially a very long period. In the PRA’s updated supervisory statement in December 2018 it set out a common framework that sets a minimum standard for how insurers assess that risk and what reserves they then have to hold against it.

ERMs could be a fair and understandable solution for individuals, a suitable long-term asset for insurers and a financially stable product, despite rapid growth and a proliferation of new products in recent years. For this to be the case banks, insurers, regulators and consumers all need to have a good understanding of how they work and their potential pitfalls.

The majority of ERMs are written by insurers, not banks. They have grown rapidly, but are still a relatively small proportion of insurers’ risk business (£20bn of £500bn excluding unit linked) and only 1.4% of the overall mortgage market.