Meet the dedicated experts at the heart of the Tax Faculty, who work to ensure ICAEW's members are kept up to date with the latest developments in tax policy and practice. 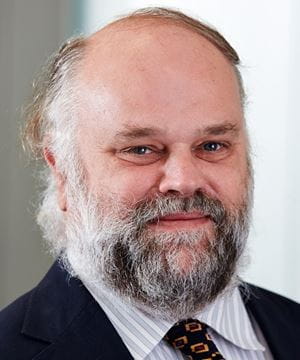 Frank joined the Tax Faculty technical team in January 1998 and has been head of the Tax Faculty since 2002. He qualified as a chartered accountant with KPMG in 1987 and immediately specialised in tax consultancy.

Frank has executive responsibility for the Tax Faculty's various activities – both in respect of our technical output, public policy work and the provision of member services. He has appeared regularly before parliamentary committees to discuss tax policy developments.

In February 2014 he was appointed to the Tax Advisory Group set up to give advice to the Welsh Government on tax policy matters. In recent years, he has been leading on the changes to our professional conduct rules on tax and also on the tax implications of Brexit.

Frank is a past editor of the Tax Faculty’s magazine TAXline and its supplements, and continues to write for TAXline on a regular basis. Anita is ICAEW’s Tax Technical lead and senior policy adviser and has a particular interest in tax matters affecting SMEs. She is closely involved with online filing developments in tax, including the government’s proposals to Make Tax Digital.

In 2011 she was seconded to the government’s Treasury Select Committee to develop a set of principles for designing tax policy and is currently a member of the Tax Professionals Forum which reviews the government’s policy making process. In 2013, Anita was appointed Specialist Adviser to the House of Lords Committee inquiring into the use of personal service companies in the UK.

Anita is a past chair of the ICAEW Tax Faculty, and was a member of the faculty main committee from 1992 to 2001. She continues to advise on practical tax matters as well as lecturing and contributing to major tax journals on topical issues. 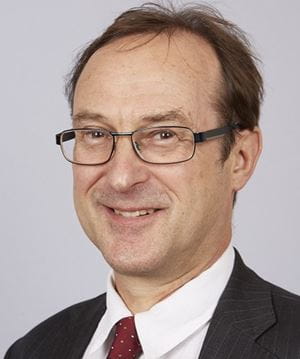 Peter leads for the team on the policy and operational aspects of employment taxes and NIC, and the tax implications of matters ranging from anti-money laundering to engagement letters. Peter became a Chartered Accountant in 1981, and a Chartered Tax Adviser in 1986.

Having had a mixed personal/corporate tax portfolio in a variety of chartered accountancy practices ranging from what are now Big 4 to small, Peter joined the ICAEW tax technical team soon after the inception of the Tax Faculty in 1991.

Peter has been involved with most taxes during his time with the Tax Faculty, in particular NIC, VAT, inheritance tax and operational matters including inquiries, as well as professional conduct in relation to taxation and engagement letters, and, in the early days of the Tax Faculty, writing and editing TAXline and other Faculty publications. Peter now concentrates on employment taxes and NIC, but still likes to keep his fingers in other tax pies. 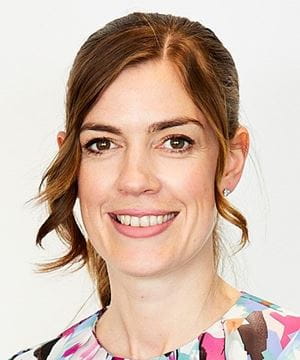 Angela joined the tax faculty in May 2019 as a technical manager. She trained at Grant Thornton and qualified as a chartered accountant in 2006, shortly afterwards qualifying as a chartered tax adviser (“CTA”). Subsequent to this she has spent 5 years working at PwC and prior to joining the faculty was a Senior Manager at BDO for a further 4 years. She also spent a brief period lecturing in tax covering the CTA qualification and other professional examinations. Latterly in practice she has had a focus on Tax Risk, advising a variety of clients including high net worth individuals through to large international corporates around managing various tax issues with HMRC including Senior Accounting Officer, Corporate Criminal Offence and complex enquiries.

Angela assists in coordinating the work of the faculty on both SME and large business international tax matters and manages both of these committees. She is also responsible for the Faculty’s TAXguide series and makes contributions to TAXline and newswire. Of particular interest currently to Angela is DAC 6 and Digital Services tax.

Neil has been working in VAT since 1980, having started his career in HM Customs and Excise. He has worked for two large accountancy firms and has experienced in-house VAT roles in the fuel and power industry and the retail and wholesale trades. Neil is currently the tax manager of ICAEW. In his in-house role, he is responsible for the VAT accounting of ICAEW, including completion of UK VAT returns, EC Sales Lists and Mini One Stop Shop VAT returns.

In his Tax Faculty role, Neil is secretary to the VAT and Duties Committee and responsible for responding to VAT consultations from HMRC, the European Commission and the OECD. He also writes VAT-related articles for the Tax Faculty's weekly newswire and TAXline.

Neil has represented ICAEW and the British Retail Consortium on the Joint VAT Consultative Committee and is a former National Chairman of the VAT Practitioners’ Group. Neil was a founder member of the Joint SME Business/HMRC 2015/VAT Mini One Stop Shop Working Group, in which he has been an active participant. He was involved in testing the HMRC systems for MOSS registration and MOSS VAT returns at an early stage in their development and contributed accepted suggestions for the improvement of both systems.

Neil was also a member of the consultative committee for the Office of Tax Simplification's project on the simplification of the VAT system. 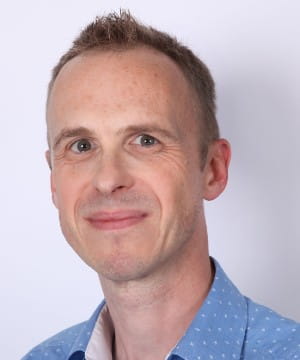 Richard joined the Tax Faculty in November 2020, taking on Angela Clegg's responsibilities while she is on maternity leave. These include coordinating the work of the faculty on SME and large business international tax and compliance & investigations matters and managing the three committees related to these areas. He also makes regular contributions to TAXline and newswire.

He began his tax career at PwC where he qualified as a Chartered Accountant in 2001. As well as dealing with a range of clients from small owner-managed businesses through to the UK operations of large multi-national banks, he also spent time on secondment to the firm's learning and development team managing the first 12 months' training for a UK-wide intake of corporate tax students.

Richard has spent most of his career since then in the National Tax teams of firms such as PKF, BDO, RSM and most recently, Mazars. He has been involved in work covering knowledge management, training, tax standards reviews and other risk management matters, as well as keeping staff and partners in his firms up to date with the latest news and developments in the world of UK and international tax. Whilst Richard has spent much of his time considering thorny tax issues for a wide variety of clients from private individuals through to multi-national enterprises, his particular expertise lies in the direct tax issues facing small companies, OMBs and their owners.

Caroline joined the ICAEW Tax Faculty in early 2016 as Tax Practitioner Support Manager having previously worked at TaxAid, the charity that gives free tax advice to those on low incomes, latterly as Technical Director. She continues to volunteer for TaxAid.

Previously, Caroline worked at the other end of the size scale, for ExxonMobil UK, and advised on corporation tax and employee matters including expatriate taxation, becoming a Chartered Tax Adviser during this period.

Her particular areas of interest are HMRC services to agents, Making Tax Digital and personal tax as it affects those on low incomes.

Lindsey is the technical editor at the ICAEW Tax Faculty and is editor of TAXline magazine. She is also one of the editors of the Tax Faculty’s weekly TAXwire. Lindsey joined the Tax Faculty team in 2019.

Lindsey qualified as a Chartered Accountant with HLB Kidsons in 2000 and then moved to specialise in tax at Grant Thornton, becoming a Chartered Tax Adviser in 2001. While at Grant Thornton, Lindsey spent many years as part of its National Tax team and was a member of the Tax Faculty’s SME Business Tax Committee and also edited three editions of the Tax Faculty’s former annual TAXline Tax Planning.

After leaving Grant Thornton in 2015, Lindsey ran her own small business but continued to write about tax matters on a freelance basis. Lindsey then joined the technical writing team at Croner-i and was responsible for maintaining commentaries ranging from business tax, to pensions and the annual tax on enveloped dwellings.