Promoting commitments to the next generations

Sustainable development goes hand in hand with the protection of future generations’ interests. This requires action at a political as well as individual level.

Sustainability nowadays is a mainstream issue. However, we don’t usually realise that sustainable development is intrinsically linked with the protection of future generations’ interests.

According to the concept defined by the UN, sustainable development should ‘meet the needs of the present without compromising the ability of future generations to meet their own needs’. This means that we should consider the impact of today’s decisions on our children and grandchildren.

Imbalances between generations – examples from Portugal

These decisions are present in a wide range of daily life issues such as pensions, public debt and the ecological footprint. Let us consider examples that show the imbalances between generations.

Ageing Report 2018, a study by the European Commission, indicates that over the next 40 years the value of pensions in Portugal will fall by nearly a half: if in 2016 a pensioner received almost 60% of his last gross salary, in 2060 he will receive only about 35%. Thus, in the current system, a 25-year-old worker who today enters the labour market contributes (to current pensioners) with a much higher value than what she will receive once she retires.

On the ecological footprint, according to a study developed by the Global Footprint Network (an independent American think tank in the area of sustainability), in 2018 Portugal depleted in six months the resources that the country has the capacity to regenerate over a 12- month period. This means that Portugal lived during the second half of 2018 at the expense of the future generations, by consuming resources that the planet has no capacity to regenerate within a year.

Finally, figures from Statistics Portugal indicate that the Portuguese public debt per capita has more than doubled in the last 10 years. It is not difficult to predict an increasing burden on future generations, given that the population has been decreasing and nominal debt is expected to continue to grow. Although part of this debt has served to finance infrastructure, education and culture, with significant positive impacts for the coming generations, it is clearly an alarming trend.

In conclusion, considering these three examples, the horizon is not bright. Even though these are undoubtedly complex issues, which cannot be addressed with a simplistic approach, the numbers seem to suggest that that the interests of future generations are not being properly safeguarded. We should question ourselves about the commitments that we want to promote.

On the one hand, we can, at societal and political levels, work to ensure the inclusion of interests of future generations in the current decision-making processes. On the other hand, we can change, at individual and community levels, by shifting behaviours towards more sustainable production and consumption patterns.

Even though the Portuguese budget framework mentions the importance of "not excessively encumbering the future generations", the topic and its consequences are rarely discussed at the political level, especially when it comes to deliberations on the national budget. Political agents are typically not held accountable if they fail to fairly distribute the costs and benefits of public policies across the different generations.

There is a weak perception of the impact of laws or other political and administrative decisions taken today on future generations. In fact, impact assessments in the public sector are rare, and a methodology that allows policymakers to perform a structured assessment about what makes a public policy fair from an intergenerational standpoint is largely missing.

We need a framework that allows policy practitioners to perform a meaningful intergenerational impact assessment of real-world policies.

An interesting first step would be the development of a framework that allows policy practitioners to perform a meaningful intergenerational impact assessment of real-world policies, providing criteria of both qualitative and quantitative nature, and including general principles, operational rules and measurement indicators. Such a framework would certainly contribute towards a more transparent and informed decision-making process, providing relevant data to understand the legacy that we are leaving to future generations.

Raising awareness of the future impact of individual choices

Not everything is decided at a political level. Our responsibility towards future generations is also accomplished individually and in our community, every day, with the simplest choices: what we buy, what we consume, what we own, the residues we produce, the resources we waste, and how we take care of nature.

Our commitment to the future generations has to do with the balance that we reach between what we consume today and what we leave for the generations to come.

And this is much easier to do if we do not look at future generations as something distant, without any connection with us, but rather as the generation of our children, nieces, nephews and grandchildren. 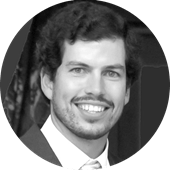 Luis Lobo Xavier is Director of the Gulbenkian Sustainability Program at the Calouste Gulbenkian Foundation. He previously worked in energy strategic planning at EDP, Energias de Portugal, and holds an Economics degree and a Law degree, both from the Universidade Nova de Lisboa.

The Calouste Gulbenkian Foundation is an international foundation based in Portugal whose statutory aims are in the fields of arts, social welfare, education and science.