Intergenerational solidarity, a value to foster

Many debates about intergenerational fairness arise from a lack of understanding of the realities in which other age groups live. Ageism and negative attitudes towards certain age groups are dividing people of different generations. This does not need to be a fatal truth: solidarity between generations is a value that can be fostered through public action, and can lead to a more consensual approach to the more difficult policy action needed in response to demographic change.

The number of intergenerational friendships is very low.

“Older people should leave the labour market and make room for the young” – “pension expenditure is a burden to society” – “young people should try harder looking for a job, rather than lingering on as students forever” – “older people are privileged” – these and other statements show how generations are often pitched against another in public discourses, especially when it comes to the thorny issue of pension reform. Besides being factually false (in countries with high old-age employment rates, youth unemployment tends to be much lower) and contradictory (if older people are sent into retirement, the rest of society has to pay their pensions) they show the lack of understanding between generations. Researchers such as Dr Hannah Swift are in fact warning that the number of intergenerational friendships is very low. Indeed, according to the 2011 European Social Survey, 80% of 15 to 24 year olds had no friends aged 70+. Similarly, less than 30% of those aged 75 or over had a friend under the age of 30.

Regularly meeting people from another age group can help break down stereotypes, enhancing awareness of the diversity of situations within an age group and of the common challenges being faced. This has real economic and social benefits. Among AGE members, many have initiated projects focusing on intergenerational contacts. Senior entrepreneurs take a stake in younger people’s start-ups, sharing their experience in management and helping young founders to succeed and create jobs. In Germany, volunteer ‘senior trainers’ take on mentoring roles with teenagers from disadvantaged backgrounds and coach them in their choice of higher education.

Many older persons fulfil a mostly invisible intergenerational role – that of carers.

Many older people have been engaged in citizens’ initiatives to help support asylum seekers since the 2014-2015 migration crisis. Others facilitate intergenerational exchanges in all walks of life. All these initiatives highlight not only the contribution older people can bring to society, but also how solidarity between generations is at work and counter the idea that ageing is a problem. Alongside more formal volunteering (and professional) examples, many older persons fulfil an intergenerational role which is mostly invisible: caring for family members in need of support – grandchildren, disabled relatives, other older persons. According to Eurofound, one in five persons over 65 spend time caring for their grandchildren at least once a week – with more women than men fulfilling these intergenerational roles. (Eurofound, European Quality of Life Survey, 2016). However, public policies do not acknowledge this huge contribution made by older age groups.

Policy-makers can also step in

We need to support initiatives encouraging an inclusive discussion about how to allocate resources in an ageing society.

Given the pervasive nature of age stereotypes, the public sector should further support initiatives to reduce ageism and allow for an inclusive discussion about how resources should be allocated in an ageing society. Many – timid – policy proposals have already been made: the European Commission has proposed a directive including provisions on paid carers’ leave, which is unfortunately under heavy attack by some member states. The new proposal for an Erasmus programme 2021-27 doubles its budget, with a strong emphasis on youth – however, there is no word in the proposal on intergenerational exchanges. These should be funded to allow for more fruitful interaction between generations. Funding for intergenerational exchanges at local, regional and national level can also stimulate social cohesion, especially when it comes to decision-making with long-term consequences, such as pension reforms.

Since 2012, the European Day of Solidarity between Generations has been celebrated on 29 April – but it is largely unknown to many EU citizens. The EU and member states should step up the efforts to actively promote it; our social contract is at stake! 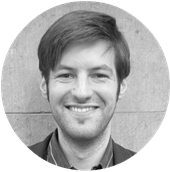 AGE Platform Europe is a European network of around 165 non-profit organisations of and for people aged 50+.