Social policies tend to favour one generation over the other but spending must be distributed more equally across age groups.

Social policies need to provide adequate protection to all, not prioritise one group at the expense of another.

A growing body of evidence suggests that changes in social spending have tended to favour pensioners at the expense of families and children in the aftermath of the global economic crisis. Policymakers need to be mindful of the different impacts of benefit reforms on pensioners and working-age families with children. This is particularly important when the rates of poverty in childhood often exceed those in old age. Instead of prioritising one group at the expense of another, social policies need to provide adequate protection for all.

Spending on family benefits has fallen by at least one percentage point as a share of total social protection expenditure between 2008 and 2016 in 10 out of 31 European Economic Area countries (plus Switzerland) for which comparable data are available from Eurostat. The share of family benefit spending increased in only three countries: Bulgaria, Italy and Poland. Not a single country increased its share of family benefit expenditure by more than one point during the “austerity” period of 2010-2013, while 10 countries decreased it.

The countries that devoted a greater share of their social protection spending to old-age benefits between 2008 and 2016 were often the same countries that decreased the share of family benefit spending. There is a negative correlation between the change in the share of old-age versus family benefit spending. This is not necessarily surprising: when more resources are used for one type of spending, there may be less left for another. Indeed, per capita spending on family benefits shrank in real terms since 2008 in 15 countries, while expenditure on old-age benefits increased in each of the 31 countries. The largest falls (or smallest increases) in family benefit spending occurred between 2010 and 2013, and many countries engaged in some form of fiscal consolidation following the global economic crisis.

The impact on child well-being

This matters to children’s material well-being.

This matters to children’s material well-being. When old-age spending increases as a share of total social protection expenditure, fewer resources are available for social transfers to working-age people and their children in the form of family benefits, unemployment benefits and housing benefits. In fact, child poverty increased more (or decreased by a smaller amount) in the countries that increased the share of old-age spending between 2008 and 2016 (r=0.61, p<0.001). Child poverty is measured here as a share of children aged under 18 living in households with disposable incomes after taxes and benefits (adjusted for household size and composition) below 60% of the 2008 median income, adjusted for consumer price inflation between 2008 and 2016. 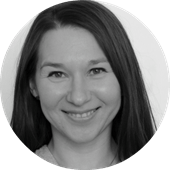 Yekaterina Chzhen is a Social and Economic Policy Specialist at the UNICEF Office of Research – Innocenti. This article updates the analysis in Children of Austerity (Oxford University Press 2018). The opinions expressed here are those of the author and do not necessarily reflect the policies or views of UNICEF, nor of any particular Division or Office. Twitter @kat_chzhen

The Office of Research – Innocenti is UNICEF’s dedicated research centre. It undertakes research on emerging or current issues in order to inform the strategic directions, policies and programmes of UNICEF and its partners, shape global debates on child rights and development, and inform the global research and policy agenda for all children, and particularly for the most vulnerable.