War for talent prompts professional salary hikes of up to 25%

Salaries for white-collar professionals will increase by as much as 25% in the first quarter of 2022, as companies bouncing back after the Omicron-slowdown fight to hold onto their best staff. The latest government data shows that the number of job vacancies in October to December 2021 rose to a new record of 1,247,000, with most industries displaying record numbers of vacancies.

Professional services firms are planning to increase their budget for pay hikes by 10-15% this year – the largest increase seen since 2008 and almost three times the inflation rate, according to the latest UK Salary Guide from recruiter Robert Walters.

Robert Walters predicts that over the coming year more companies will raise the pay of their existing employees to sit in line with new starter salaries. These pay rises are expected to be for workers across all seniority levels – from entry-level workers and temporary staff right through to management level and executives.

The suggestion of pay rises for loyal staff will come as a relief to professionals who have stayed with their employer throughout the pandemic, with more than half (54%) of workers responding to the Robert Walters survey stating that they are expecting a pay rise this year following a two-year salary freeze.

More than a third of businesses plan to increase pay to keep up with rising inflation – expected to average 3.4% this year, compared to 2.8% in 2021 – but the recruiter warns that companies may find themselves in a ‘wage-price’ spiral in the coming year – whereby higher prices and rising pay feed into each other and accelerate even more.

Chris Poole, Managing Director at Robert Walters UK, said: “Many companies decided on their 2022 raises a few months ago, before we had a clear picture of how much rising wages for new hires, as well as inflation, would impact the labour market. There is little point in companies offering a pay rise as a morale booster if the impact of that increase isn’t really felt in the real world – and so we are increasingly seeing more companies consider the cost of living when determining the average pay rise an individual gets.”

Gary Darlington, Associate Director at Robert Walters, said the pipeline of ACA-qualified staff had been affected by a drop-off in recruitment activity during the pandemic, and it could take up to two years for the market to normalise. “The ACA market is highly competitive from a client demand perspective. If an ACA candidate comes to us today with a strong background, we’d have 10 applicants for them. The war on talent means clients are having to pay a premium to get the right people.”

Evidence of upward wage pressure from inflation and talent shortages is reiterated in a report by Willis Towers Watson (WTW), with more than two-thirds of companies in the UK claiming to have concerns over a tighter labour market this year. Its Salary Budget Planning Report anticipates an increase in pay rise budgets for 2022 to 3.2% by December. Actual pay rises awarded in 2021 averaged 2.4% in the UK, it says.

Paul Richards, Rewards Data Intelligence Leader Europe at WTW, said companies were competing to attract and retain employees who have more choice than at any point in recent years. “In certain key technology-focused industries, such as fintech, business and tech consulting, and high tech, wage increases are even higher as employers try to take advantage of strong growth opportunities and a limited pool of highly specialised employees.”

What also emerges is that employees with the right skills clearly have the upper hand, against a backdrop of widespread churn prompting experts to warn of a Great Resignation over the coming months. Two-thirds of respondents to the Robert Walters survey said they would leave their job if they were not rewarded fairly, with 75% feeling ‘very confident’ about job opportunities in their sector this year.

And yet, despite feeling bullish about the potential for other career opportunities, respondents continue to rate job security highly (40%) in the list of most important values, although not as much as excellent compensation and benefits (65%) and a desirable bonus scheme (53%).

The survey also finds that flexi-hours (29%), remote working (22%) and holiday entitlement (20%) have all fallen down the list of prerequisites for professionals – perhaps because more than half of white-collar workers (53%) said they wouldn’t bother asking about flexi-working in a job interview in the coming year because they naturally assume “it is a given now”.

Gym discounts, company cars, and voucher schemes have all been traded in for the hope of “inspiring colleagues and company culture” – with more than a third of workers (37%) stating this is an important factor in staying on or taking on a new role.

For more tips and advice on job hunting, visit the ICAEW learning and development hub

Read more on this subject: HR and recruitment experts give their top tips on supercharging your accountancy career 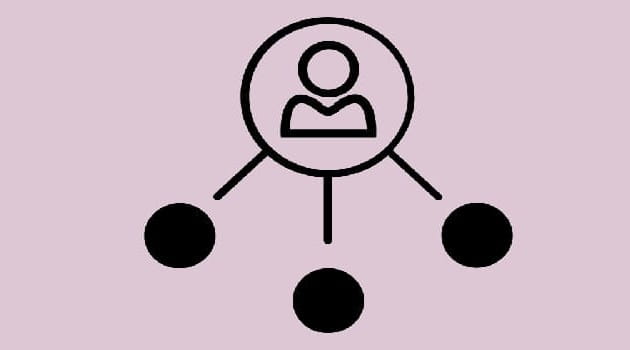 Your route into chartered accountancy

Chartered accountants don't just spend their lives confined to their desks. They sit on the boards of multinational companies, advise governments and support charities and businesses from every industry. Take a look at the different routes you can take to complete the ACA qualification and become a chartered accountant with ICAEW.