Your support in the United States, the Caribbean & Bermuda and Latin America

We have a global network of contact members who can provide on-the-ground know-how for ICAEW members wishing to move to the region, and for those already living there. You can also connect with your ICAEW Council Members, or speak to your ICAEW team directly. 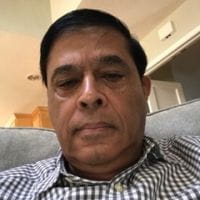 Neil has been in the United States since 1986 and has worked in internal audit in the banking industry for Bank of America, Wells Fargo, Union Bank and Fremont Bank. As an internal auditor, Neil specialised in auditing capital markets and wealth management.

John was born and raised in Liverpool. Immediately upon qualifying he joined a global packaging company, Metal Box Ltd., which he served in a succession of differing roles in various parts of the UK. After a sabbatical, John co-founded a music television production company.

Mark is the Chief Administrative Officer at Flexpoint Ford, LLC. He moved to Chicago in 2005 on a tour with PwC. After spending nearly a decade in Chicago, and meeting his wife there, he feels very much at home in the Windy City.

John is an accomplished and highly networked CFO who is experienced in working with technology focused companies, both domestically and internationally. In addition to financial matters, John also has significant experience managing legal, human resource and information technology functions.

David is an Account Executive at RDA Corporation, a privately held company based in Hunt Valley, Maryland, that develops and integrates custom software solutions for its clients. 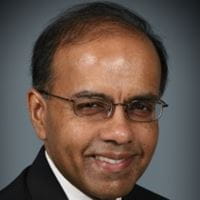 Ajay is currently the Principal at CliftonLarsonAllen LLP, having previously worked for Ernst & Young in the UK and USA for a total of 36 years, of which 19 years were a partner in the firm. He specializes in providing audit and advisory services to large and complex health care systems and managed care organizations.

David obtained a BSc (Econ) in Accounting and Management Studies at Cardiff University. He qualified as a Chartered Accountant with Deloitte Haskins & Sells in Swansea in 1984. In 1998 he was recruited by JD Edwards, and moved to Denver Colorado, as their Worldwide Process Owner for Accounting and Reporting. He then relocated in 2001 to Braintree, MA as Director – Revenue Management Systems with Starwood Hotels.

Bob has been a United States citizen for 25 years and is originally from Wales; he graduated from the University of London and worked briefly as a pharmacist and retail manager in the City of London prior to starting a career in finance and accounting.

Simon is a Partner of KPMG in The Bahamas and Head of KPMG’s Advisory activities across 22 countries. Simon has 24 years of experience gained with KPMG in the UK and the Caribbean after studying at the University of Bristol, England. He also holds the Corporate Finance Qualification (ICAEW, SII & CICA) and is a Member of the Bahamas Institute of Chartered Accountants.

Michael Bynoe is PwC East Caribbean Territory Leader with 29 years of professional experience in Barbados and the United Kingdom.

John has been with the British Virgin Islands (BVI) office since 1985. John became a Partner of KPMG BVI in 1989. On 1 July 1992, John became Senior Partner and has headed up the BVI Corporate Recovery Practice, which now has a dedicated team of professional staff.

Prior to joining the firm, Khalil qualified as a chartered accountant while working with the London office of PricewaterhouseCoopers UK. He had joined Price Waterhouse in 1997 after studying Economics at undergraduate and postgraduate levels at the London School of Economics and Political Science.

Donald joined Deloitte & Touche in 1971 and made Partner in 1977. He has experience in major audits, assurance and advisory assignments.

Previously employed with PricewaterhouseCoopers (now PwC) Trinidad and Tobago for over twenty years providing tax compliance (including dispute resolution with the local tax authorities) and consulting services to a range of clients (local, regional and multinational) in the energy downstream, manufacturing and service industries sectors.

Neil graduated from the University of Nottingham in 1995 and subsequently qualified as a chartered accountant and became a member of ICAEW in 2000. Neil left the UK in 2002 on a secondment to Andersen in Auckland, New Zealand. Neil joined KPMG in the Turks and Caicos Islands in 2007 and was admitted to the Partnership in 2009.

Anthony joined PwC Audit Department in London in 1977, returning to Chile in 1981. In 1988 he transferred to the Quito office of PwC Ecuador, being admitted to partnership in 1989. In 1994 he returned to PwC Chile where, in 2003, his partners elected him Managing Partner for all the PwC Chile practice, a position he held until 2010. Subsequently, he was elected Chairman of the Board, a position he held until his retirement from the Firm in June 2012. 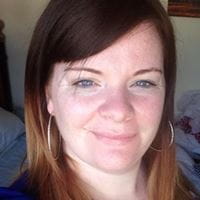 Mark qualified as a Chartered Accountant in 1995, working for PwC. He has expertise in the energy, infrastructure, real estate, and aerospace & defence sectors. Mark has also been a member of the ICAEW Board since 2018.

Learn and network at events near you

ICAEW members who live in the US are entitled to join Chartered Accountants Network USA.

The ICAEW Members in the United States LinkedIn group enables you to network, share information and discuss issues of professional interest with other members.

The ICAEW Members in Latin America LinkedIn group enables you to network, share information and discuss issues of professional interest with other members.

The ICAEW Members in the Caribbean and Bermuda LinkedIn group enables you to network, share information and discuss issues of professional interest with other members.

CABA support outside the UK

No matter where you live in the USA, Latin America or the Caribbean, CABA’s free online and local support can help you in all kinds of ways.