Deloitte assesses the global economic effect of the Ukraine crisis

Rising commodity prices and weaker than expected growth have been highlighted by Deloitte economists analysing the impact of the war in Ukraine and sanctions against Russia on the global economy.

Speaking at a recent webinar, Ira Kalish and Ian Stewart, Deloitte’s Global and UK Chief Economists respectively, warned that the effect of Western sanctions had emerged as being much more forceful than the Russian government expected and more forceful than sanctions previously imposed on the country.

The West disconnects from Russia

“The most impactful sanction by far was the sanction on the central bank,” said Kalish. As a result of these sanctions, we’re witnessing a “near collapse of the Russian financial system, but also a likely sharp drop in real economic activity”.

Russia can no longer access its own foreign exchange reserves and most of its banks are unable to use the SWIFT global payments system. More than 30 countries have banned Russian aircraft from their airspace. A number of major foreign investors, including Shell, BP and ExxonMobil, are discontinuing operations and exiting Russian investments.

“I think it’s likely that this year we’ll see a sharp drop in real GDP in Russia, the likes of which we haven’t seen since the crisis days of the 1990s,” Kalish added.

The world’s top three shipping companies have discontinued all but essential freight traffic with Russia. Export controls prevent the export to Russia of any US-derived technologies that might be used in the defence sector. A host of consumer brands, including Apple, Samsung and IKEA, have closed, paused or wound down Russian operations.

“One way this crisis could affect the global economy is through rising commodity prices – and of course, Russia is a major commodity producer and a major supplier of commodities and energy to Europe,” said Stewart.

According to Deloitte, European inflation is already at multi-decade highs and soaring commodity prices will give it another significant leg-up. Before the invasion, economists on average expected that euro area inflation would average around 3% this year and UK inflation about 4.5%. The actual outturn could easily be 1.5%-2% higher. Wages are unlikely to keep pace, pointing to a contraction in spending power for many European workers this year.

How could this affect the rest of the world economically?

Stewart believes that growth in the US and Europe will be weaker than previously expected. His US colleague, Danny Bachman, has trimmed his US growth forecast this year by 0.3% to 3.2% in light of the Russia invasion.

Europe is more exposed to the crisis than the US – it has stronger trade and financial ties and is dependent on Russian energy. Prior to the crisis, average growth forecasts for the euro area and the UK stood at 3.9% and 4.3% respectively. These forecasts are likely to be cut by 0.4%-0.5%.

As a result of shrinking growth, the central banks will likely “continue to tighten”, said Kalish. ‘Tightening’ is a monetary policy characterised by high or increasing interest rates. The US Federal Reserve Board uses a tight monetary policy in order to contain inflation. “But if the growth consequences of what’s happening become more onerous than we now expect, they may have to ease up on that tightening, for fear that it could lead to a recession.”

Kalish added: “And this comes while we’re seeing fiscal contraction, especially in the US This year, the US government will borrow much less than they borrowed last year, and the decline in the deficit as a share of GDP will be the largest we’ve seen since the end of World War Two. So a contractionary fiscal policy will also have a negative impact on growth and therefore, on inflation as well.”

But the turmoil is failing to have a dampening impact on equity markets, Stewart said: “The equity markets are showing that investors themselves currently think that this is a crisis which will still leave western economies continuing to grow this year.”

Readers can access the full Deloitte webinar, which assesses the economic impact of the Ukraine crisis.

Members can also view articles covering the Economic Crime Bill, which hosts the international sanctions, explaining what they mean for accountants. 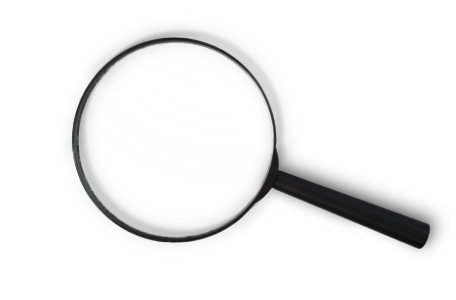