Ignoring net zero is an act of national self-harm

The UK was the first major economy to set legally binding emissions targets. Not doing enough to hit them would be startlingly short-sighted, says ICAEW.

Michael Izza, Chief Executive of ICAEW, is co-signatory to a letter from 30 leading companies and financial institutions to Chancellor of the Exchequer, Jeremy Hunt, calling for the government to set out a clear Net Zero investment plan.

The opportunities of transitioning to a net-zero economy are substantial for the UK but we won’t make that transition unless significant investment starts now. As the letter points out, citing analysis from the Office of Budget Responsibility: “Early investment in net zero this decade could halve the net fiscal costs of getting to net zero by 2050, boost growth, strengthen energy security and help to bring down energy bills.”

The UK Government made a strong start down this road: when it passed legislation in June 2019 to reduce all UK greenhouse gas emissions to net zero by 2050, it was the first of the G7 group of rich nations to do so. The government’s website still proudly states that its net zero target is “one of the most ambitious in the world”.

Three years later, in the midst of an energy crisis, there’s not so much backslapping and goodwill in evidence. The Conservative leadership campaigns of the past few months produced mixed signals about the government’s commitment to the net-zero transition. Jacob Rees-Mogg, Energy Secretary under former Prime Minister Liz Truss, alarmed many when he said: “2050 is a long way off – we’re not trying to reach net zero tomorrow.” In contrast, new Prime Minister Rishi Sunak, explicitly committed to “protecting our environment” in his first public speech after taking up the role.

However, the Climate Change Committee issued a report in June saying that current policies are not enough to keep the UK on track to achieving net zero. “The government has willed the ends, but not the means,” said Lord Deben, Chair of the committee. And all this happened in a summer during which 30 of the Met Office’s weather stations recorded temperatures that surpassed the previous UK record of 38.7˚C, and that saw drought conditions declared in eight English regions. Worse, as trends point to our summers only becoming less bearable from here on in, few politicians of any stripe have spoken out about the urgency of doing more to curb emissions.

While there are still a number of members of the UK’s ruling party who don’t seem to be doing enough, there are others who – bafflingly – don’t think it should be a priority anyway. This is particularly true of the ‘Net Zero Scrutiny Group’, a cadre of Conservative MPs who have been advocates of lifting the ban on fracking and drilling for more North Sea gas. This is a group that is in favour of ‘back-loading’ our climate response closer to the year 2050, not ‘front-loading’ it by doing more now.

Such views are lethal. Risk management professionals generally advise that if a risk is highly certain, then it pays to work on mitigation ahead of time. Jo Paisley, President of the GARP Risk Institute (GRI), explains how climate risks “are happening now and will only increase over coming decades” and therefore must be “embedded into the risk assessments of any planning and investments”. The most urgent action of all, she states, is “cutting emissions as soon as possible to prevent the accumulation of devastating systemic risks over coming decades”.

Rebecca Self, former CFO Sustainable Finance, at HSBC and now Founder and Managing Director of Seawolf Sustainability Consulting, explains that “a very short-term outlook is not generally how you manage a business. You need to take into account the much longer term.” Doing nothing now is “just storing up your problems for the future”, she says.

In that regard, many politicians who work only within the short time horizons of a government’s tenure think purely of short-term self-preservation and care little of the world 20 or 30 years into the future. When they say “not now”, they really mean “not while I’m an MP, but after that, it’s less important”.

The truth is that the climate crisis is already causing major disruption, while the effects of global heating are compounding – they won’t get worse in a linear fashion, but interact to increase the rate at which things get worse. Dominic Gogol, Deputy Director of Policy at We Mean Business Coalition – the post-Paris business group pushing for climate action – believes that most businesses understand this, even if some politicians do not (or pretend not to).

“Simply put, British business backs net zero,” he says. “A majority of the companies in the FTSE 100 are committed to reducing their emissions in line with the scientific evidence of what’s needed, including Aviva PLC, BT Group and Taylor Wimpey. These companies know that this is the best way of reducing risk, building resilience and cutting costs.”

Some populist politicians claim we can’t afford net zero. In fact, the far more costly action is to do nothing now and pay compound interest later. As for the other great lie, that cutting ‘green levies’ would somehow put extra money into the public purse, Gogol says: “These so-called green levies are, in fact, securing a cheaper, more secure and sustainable future energy system for UK consumers,” including building internationally competitive low-emissions sectors. In short, he says: “Weakening the UK’s net-zero strategy would be an act of serious national self-harm.”

Where partisan groups have success is by scaring an already fearful public with the bogeyman of a ‘green lobby’ wanting to raise already high bills. A positive message can, and should, counter this. Recent research by the We Mean Business Coalition found that a rapid switch to clean energy would save the average UK household £1,400 on their annual energy bills, while creating more than 280,000 new UK jobs; 167,000 by the end of this decade alone.

Perhaps there’s only so much we should read into some of these campaigning tactics. The public certainly aren’t responding to any dangerous scaremongering. Recent polling shows that only 9% of voters want to scrap net zero. Current crises haven’t made voters baulk. Quite the opposite: by two to one, the public thinks that the conflict in Ukraine means we should move faster rather than slower on net zero.

If you take the approach of any good accountant, it’s simple: gather data, understand in which direction the data points, and use it to guide clear decisions. Dropping net zero now would be disastrous for all our futures. Dangerous calls to the contrary should be challenged, scrutinised and swiftly rejected.

ICAEW believes it’s in the interests of all members to do their utmost to support net-zero policies however they can in their professional lives. 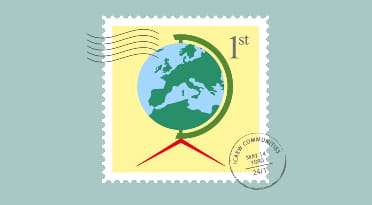