Executive Director, KPMG Canada
Susan Brightmore is the Contact Member for Quebec. She is your single point of contact for members' enquiries and acts as an ambassador in promoting the ICAEW's strategy and brand within Quebec.

Susan Brightmore joined KPMG’s Risk Management and Operations Improvement practice in Montréal as a manager at the beginning of 2004. Prior to this assignment, she spent four years with KPMG’s Financial Audit and Information Risk Management groups in London.

During her career at KPMG, Ms. Brightmore has been involved in various general IT control reviews, audit support, security reviews, post-implementation reviews and business process analysis initiatives for several large international companies within a wide range of industries. Leveraging her formal training in the System Integration Controls (SIC) and SAP Security Assurance methodologies, she has performed IT control reviews for several multinational consumer-based companies as well as more specialised projects.

She holds a B.Sc. (Hons) in International Business and French, and obtained her ICAEW Chartered Accountancy qualification in 2002. She is currently now a Fellowship Chartered Accountant. Since July 2014 she is also a Project Management Professional. 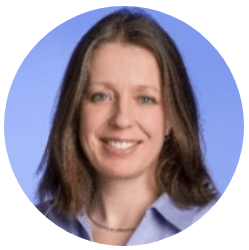 The ICAEW Members in Canada LinkedIn group enables you to network, share information and discuss issues of professional interest with other members in Canada.