Technical and practical sessions explore challenges and opportunities on the farm, the impact of COVID-19 and look to the future. Stay up to date and provide your clients with the expert level of service they need in a world of uncertainty. 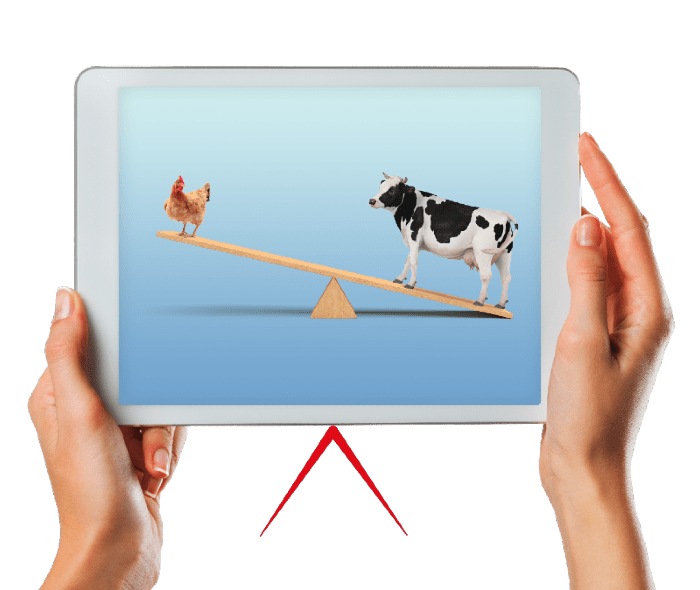 This virtual conference has been designed for professionals who want to stay ahead of the latest changes in the farming and rural business sector. Get unique insights from experts and working farmers.
star

The impact of COVID-19 and Brexit on the business, prospects for the next year and how the business will change in response to subsidy reform.

Agri-economics: farm profitability for 2020/21 and the prospects for the next few years.

Working farmers from all areas and sectors report their experiences of the last year, how it has affected their business, and how they see the future.

Tax investigations on the farm. Where are the danger areas and how should they be handled?

Rural property and rural business
Jeremy Moody, Secretary and Advisor at CAAV, will talk about the post-Brexit world, which coupled with climate change and new technology, mean that farming and rural land use face a generation’s change in a decade. Jeremy will give a view of economics and developing agricultural, environmental and planning policies.
09:20

At the sharp end…
From the frontline, hear from livestock farmers Andrea and Charley Walker, and dairy farmer Peter Alvis, Lye Cross Farm.
10:20

Facing the future for family farms
Chris Coupland, Partner at Birketts Solicitors, will speak about the changes to trade, agricultural and environmental support and an aging farmer population. He will also discuss the backdrop of a government seeking to recover expenditure incurred during the pandemic. Combined these issues present a challenging set of circumstances for the family farm. This session will seek to discuss the broad ways of how family farming businesses can adapt, cooperate and seek to drive efficiencies.
11:30

Facing into the Farm Management Challenges of the next 5 years
Nick Shorter, Managing Director of Velcourt, will look at the challenges, opportunities and need to change facing the UK’s largest farm management company and its landowning clients over the coming years. Exploring the need to see land use, technology, enterprise mix, markets, commercial arrangements and people very differently in the future.
12:00

Chairman's round up
Will Nixey, Martin and Company Accountants.
12:30

Chairman’s welcome and introduction
Will Nixey, Martin and Company Accountants.
09:15

Outlook for UK farming
Richard King, Head of Business Research at Andersons, provides an overview of the prospects for the farming industry looking at policy, markets and profitability.
09:20

Figured & Xero - Delivering with Ambition
The Figured team will take you through their observations of the dynamics in the market, the benefits of the combined Xero/Figured platform in that context and how those who are executing are succeeding. The session will also provide an indication of Figured's future product direction.
10:05

Future opportunities from current business uncertainty
Mark Frary, Financial Director of Dyson Farming, will discuss several areas including the direct and indirect impacts of COVID-19 and Brexit across operations, people and pricing. He will also tackle the trends Dyson Farming is seeing and its continued plans to bring consumers into the business. Finally he will look at subsidy reform, outlining the regenerative farming Dyson has undertaken, why doing the right thing regarding consumer trends is the best way of dealing with current uncertainty around ELMS and how Dyson envisage it could influence future decisions.
10:55

Tax update
Kevin Igoe, Managing Director at Professional Fee Protection, will discuss how to reduce the risk of a tax enquiry and how to deal with common issues and mistakes raised by HMRC. He will cover HMRC powers, the rights of farming clients and what they can expect from HMRC moving forward.
11:40 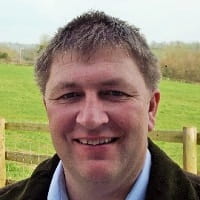 Peter is Managing Director of Alvis Bros Ltd. a family farming and cheese making business. Employing 140 people the business is farming approximately 4,000 acres in total, about half is down to arable production the rest dedicated to milking approximately 1,000 cattle and associated young stock in 2 herds, one dairy farm is producing conventional milk the other organic. 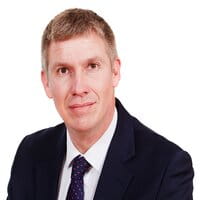 Chris qualified as a Solicitor in July 2002 and joined Birketts in 2005. He is a Partner and Head of our Agriculture and Estates Team. Chris specialises in agricultural land transactions, both in respect of sales and purchases and also acting for landlords and tenants in relation to agricultural tenancy issues. 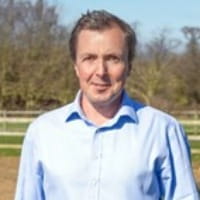 Mark Frary, financial director of Dyson Farming graduated from the University of Leicester in Economics, Mark has 20 years’ experience of finance leadership across technology, consumer goods and retail businesses, notably 7 years working with Waitrose and John Lewis. He is CIMA qualified, and has a track record of driving insight, control and finance transformation. 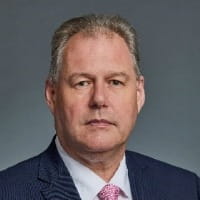 Richard joined Andersons Research team in Melton Mowbray in 1998. The team analyses and interprets agricultural policy and market developments, and provides specialist business research, training, briefings, and publishes information. He became editor of the Agricultural Budgeting and Costing Book in 2000 and joined the Andersons Centre Partnership in 2003. 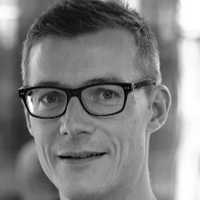 A Yorkeshireman with an interest in tech and innovation, David moved to NZ for a few months…which eventually turned into five years. He has previously led strategy and change across retail, banking and supermarkets both in the UK and New Zealand. With a head for transformation, innovation and thought leadership, he is now leading the charge for Figured in the UK & Ireland. 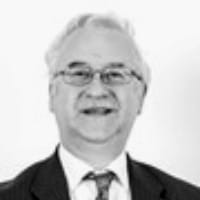 David is a former partner in, and consultant to Larking Gowen. Based in East Anglia, specialising in agriculture and associated private client work, David has an in-depth understanding of the issues affecting businesses and individuals in the farming industry. 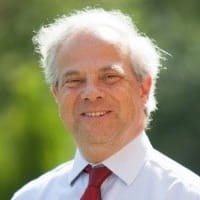 Jeremy Moody, Secretary and Adviser to the CAAV since 1995 as well as an independent adviser. After over three decades of rounds of CAP reform, now heavily involved with post-Brexit policies with governments and other organisations, including how major improvements farming economics might be achieved with farm structures, land occupation and use, sitting on DEFRA’s Agricultural Productivity Task Force, and recently published a paper on Future Rural Land Uses in the UK. 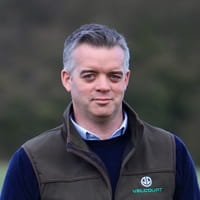 In 2014 Nick was appointed to the Board of Velcourt Ltd as Farms Director for the South where he has grown the operation to include to 14 Farm Managers on 32 farms across a diverse range of arable and mixed farming practice from Kent to Dorset totalling c 20,000ha. In addition, Nick also oversees Velcourt's national agronomy business with 6 agronomists advising a further 39,000ha. 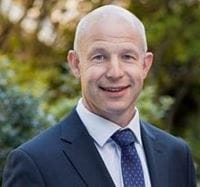 Will grew up in the farming industry and is still involved in the family farming business. This has led to his specialisation within the agricultural and landed estates sectors. Together with private clients his other clients include both incorporated and unincorporated owner managed businesses. As a member of the ICAEW Farming & Rural Business Community advisory group and also a member of the Chartered Tax Advisors, Will spends most of his time providing business and tax advice to the rural sector and private individuals.

A Kiwi transplant with a background in Agriculture & Technology. James has worked with Figured across NZ, Australia, UK & Ireland over the previous 5 years. Now working with the UK, team James is the primary point of contact for the Figured Advisor Channel. The combination of practical farm experience in NZ coupled with the experience of multiple international markets with Figured has allowed James to work with Figured customers from both sides of the farm gate.

Charley and Andrea farm an upland beef and sheep farm near Duns in the Scottish Borders with their children Tom and Jessica. 120 Angus Cross cows and 540 wool shedding ewes are run on a low input, organic farming system. An innovative paddock grazing system is used to mimic migratory grazing behaviour, maximise the use of pasture and improve soil health.

Knowledge at your fingertips!

Despite the difficulties arising from Covid-19 … the 2020 ICAEW Farming and Rural Business Annual Conference was well run and extremely informative.

It worked very well being done online. I also thought being able to post questions opened up discussion better.

As with all conferences, often one learns most from the least expected topics.

In the current circumstances I think you did a brilliant job of getting this event on. Thank you.

I thought this was well thought out with good speakers and ideal for me that it was spread out over two days, which would not be possible with a live event.

Please note: you may need to wait 24 hours after subscribing before you can book to attend.

See all our events

ICAEW runs a variety of events in support of financial professionals in business and practice. From full-day conferences offering the latest updates for specific sectors to webinars offering support on technical areas and communication skills. There are hundreds of learning opportunities available.