How will the restoration of crown preference affect lending and M&A?

With HMRC’s preferential status in an insolvency – known as crown preference – now restored, Brian Bollen asks corporate finance experts for their view on how this will affect lending and M&A, as well as detailing what’s changing and the implications of such changes. 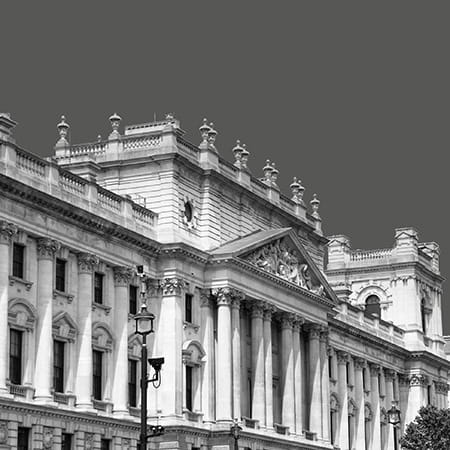 From 1 December 2020, preferential rights in insolvency for HM Revenue & Customs (HMRC), known as crown preference, were restored. The proposals had come in for criticism before COVID-19, in particular from the UK’s restructuring and insolvency industry, but speculation that the move might be postponed in the wake of the pandemic was confounded.

The timing of the change could create a problem for some businesses. While government help has been made available during the pandemic, crown preference does cut across this. The government estimates it will raise £195m annually for HMRC, but banking industry group UK Finance has estimated that the negative impact on floating charge lending could be around £1bn per year.

ICAEW, along with several other business and finance organisations, has continued to make representations to the UK government about its concerns that the restoration of crown preference could inhibit investment in SMEs at a critical time for economic recovery.

“Companies will have to become more sophisticated in their approach to debtor and creditor management, particularly in the SME sector, where greater monitoring of exposures will need to take place and trade credit may become harder to obtain.

“The change will make accelerated special situations in M&A activity more difficult, often at a time when speed is of the essence if a successful rescue is to take place.

“One certainty is that we’ll see changes in terms and conditions in legal documents with companies being asked to disclose whether they have significant deferred tax balances. Another is that financial returns to unsecured creditors may be lower in an insolvency situation.

“And another will be changes in the price and quantum of debt available to a would-be borrower if there is less security available for a floating charge due to deferred tax balances. In layman’s terms, debt will be more expensive and there will be less of it on offer, especially for rescue finance, which will become more difficult and more complex.

“The availability and amount of trade credit insurance is also likely to be affected for companies that have significant deferred tax balances. Trade credit is often seen as the canary in the coalmine – a reduction in its availability can be a leading indicator that a company is in financial difficulty.” For some businesses, restoring crown preference could turn out to be the equivalent of pouring sand into the engine, ultimately leading to a rise in the number of insolvencies.”

“Although lenders will always want to lend, it is likely that this will lead to a greater emphasis on fixed charge security and valuations of fixed charge assets, as well as a greater reliance on personal and corporate guarantees.”

“We feel it is a retrograde step that will affect the ability of banks and finance providers to lend to companies across a range of sectors, particularly those in sectors that – by their nature – are heavily reliant on ‘floating charge’ assets, such as stock. This would include businesses involved in retail and manufacturing supply chains, but it may also affect businesses for which certain types of intellectual property, for instance, are their main business asset.

“The starting point has been that it is a narrow ‘taxation’ measure, and its impact has been assessed as such. The reality is, however, that it is actually a significant change to the insolvency policy landscape, and it is at least as much an access to finance and business question as it is of taxation.

“The direction of travel for governments of all shades over the past 20 years has been to enable businesses, especially smaller businesses, to use a wider range of assets in order to raise finance. One of the real success stories has been the growth seen in lending against floating charge assets such as stock. This move threatens that lending as well as other types of lending and is a real step backwards.”

“The vast majority of our lending is under a fixed charge, secured against goodwill, IP, secured debtor financing and real estate, to the extent it exists, so our status in the preferential creditor rankings will not change.

“Our emphasis is very much on fundamental credit analysis, focused on cash flow, revenues, trading history and prospects, business model sustainability, strength of management and debt/leverage. That said, we can see the crown preference changes may well affect other aspects of the lending market, particularly lenders providing stock financing, for instance.”

Edward Smith, head of restructuring and insolvency at Travers Smith

“The re-introduction of preferential status for certain taxes, together with an increase in the amount of the prescribed part, seems to be a double whammy, as far as secured creditors and, indeed, the restructuring profession are concerned.

“I think there must be a real concern that this is happening at the worst time possible. Most commentators were surprised when it was slipped into the Finance Bill. The country was tussling with the implications of Brexit, now we are dealing with the consequences of a pandemic, when most businesses need as much support and forbearance as possible. On the one hand the government has introduced, and is extending, expensive support measures, but on the other hand it is introducing this change that seems contrary to the rescue culture generally. It’s a muddled message.

“In asset-based lending (ABL) and receivables financing it can be difficult in practice for a lender to take effective fixed charge security, because effectively that may involve locking-up the business to establish the requisite control over the receivables. ABL is often an essential source of finance in the lower or mid-market and it seems unfortunate that these measures will probably hit sectors that the Chancellor should be looking to support.”