How Fonix Mobile completed an AIM IPO during the global pandemic

Starting and completing an AIM IPO during COVID-19 is no mean feat. David Prosser examines to the debut of Fonix Mobile, a technology and telecoms group, who did exactly that 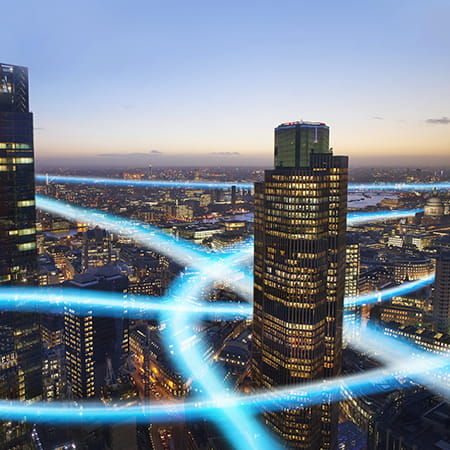 For most companies, making your stock market debut during a pandemic would not seem an attractive proposition. IPO activity in the UK dropped sharply this year – £2.6bn raised in the first three quarters of 2020, compared with £4.8bn in the same period of 2019. But technology and telecoms group Fonix Mobile, created in 2006, was undeterred, joining AIM in October following a streamlined and ultimately successful IPO process.

Fonix CEO Rob Weisz says the company began discussing the possibility of an IPO in spring 2020, having looked at – and then rejected – options such as a trade sale or a deal with private equity last year. “By the summer, we felt that while it would be easy to put it off, we were in a position to go for it,” he says. “We said: ‘Let’s do this in a compact way, quickly and efficiently.’”

Another factor was the heavy hint dropped in July by UK Chancellor Rishi Sunak that he was considering a capital gains tax shake-up. Many business owners, including those at Fonix, feared that a substantial tax increase on disposals would be announced in the budget due for October, which was shelved in lieu of the chancellor’s Winter Economy Plan.

How was Fonix able to deliver its IPO so smoothly? Well, it certainly helped that the company is relatively resilient to the impact of COVID-19. Fonix provides the technology that enables organisations such as charities, media groups and gaming companies to charge customers directly through their phone bills. When you send a text message to make a donation to Children in Need or enter a radio station competition, for instance, it is Fonix’s technology that adds the charge to your account.

“We did sit down in April and think about how COVID-19 might affect us, but we haven’t needed to change the forecasts we made at the beginning of the year,” explains Weisz. “We think we offer investors a proposition that straddles different needs: we pay dividends, which is attractive to income seekers, but we also offer significant long-term growth prospects.”

The challenge for the business was to tell its story in a market where the conventional investor roadshow, requiring a series of face-to-face meetings, just wasn’t possible.

“We embraced Zoom in all its glory,” Weisz says. “We did a roadshow that essentially consisted of logging in to a new Zoom meeting every hour or so.”

Jonny Franklin-Adams, co-head of corporate finance at finnCap, Fonix’s nominated adviser and sole broker for the IPO, says investors are getting more accustomed to working this way. “Fund managers sitting on cash are keen to invest in the right businesses, and virtual meetings aren’t proving to be a problem for them,” he says. “From our perspective, this kind of roadshow is actually more efficient – with no travel time between meetings, you do nine or 10 presentations in a single day.”

One potential issue might have been investor scepticism about the company’s forecasts and projections, given the ongoing uncertainties of the pandemic. But Franklin-Adams says the company’s data room was so complete and well organised that while investors naturally wanted to challenge the management team, they were reassured by its quality of preparation. “The key in any IPO is to under-promise and then over-deliver,” he says. “If anything, the scepticism was around whether they had under-clubbed in their forecasts.”

Chris Searle, a corporate finance partner at BDO, the reporting accountants on the IPO, agrees that Fonix’s scrupulously thorough preparation for due diligence was a key factor in its speedy listing. “When we set out on the process, the timeline looked very challenging,” he says. “Fortunately, this was one of the best organised companies I’ve worked with in terms of the timely provision of information.”

This is not to say COVID-19 caused no problems at all. Oliver Pilkington, a partner at law firm BDB Pitmans, finnCapp’s legal adviser on the IPO, points to a potential bear trap that could have caused difficulties. Most IPOs require a degree of corporate reorganisation, but it is standard practice, he explains, to leave registration as a public company with Companies House until the last possible moment – since the process carries significant costs that are wasted if the issue is pulled.

“Usually Companies House can offer a same-day service,” Pilkington explains. “But with COVID-19, it isn’t able to do so, or even to offer a steer on how long the process will take. Anecdotally, we were hearing it could be three weeks.” Given this uncertainty, Fonix opted to re-register as a Plc well before its listing date, in order to prevent a last-minute hold-up, despite the risk of incurring unnecessary cost.

Still, there were gains on the legal side too. Pilkington explains that he normally arranges for power-of-attorney facilities for key signatories in the IPO process, in case they are unexpectedly unavailable when documents are being prepared. But in the current environment, with all the parties using DocuSign to give electronic signatures, this wasn’t necessary.

All in all, the IPO process was “intense but rewarding”, reflects Weisz. Despite the challenges of COVID-19, Fonix is now set fair for the next phase of its evolution.

“We wanted a pragmatic and honest outcome that reflected the fact that all existing shareholders would be keeping 50% of their shares,” he adds. “The aim wasn’t to achieve a valuation that would prove impossible to live up to, because this is just a stage on the business’s growth plan.”