This page will provide reactions to the statement from ICAEW's Chief Executive and experts from the Tax Faculty, as well as the insights from ICAEW's latest Business Confidence Monitor published ahead of the statement. As to be expected after last night’s vote, the Chancellor’s statement provided little sunshine to cut through the Brexit fog.

If there is a managed deal, we can expect a significant Brexit dividend with businesses investing, consumers more confident and an uptick in the market. However, much damage has already been done as a result of the ongoing uncertainty. Businesses have taken decisions to relocate assets and cancel planned investments, which are unlikely to reversed even if a deal is reached.

More positively, the improvement in the public finances means that Phillip Hammond has left himself the opportunity to open the chequebook in the Budget, if and when we have more clarity on Brexit.

Q4 2022: The latest Business Confidence Monitor (BCM) shows business confidence falling further across the UK as difficult economic conditions combine with political turmoil. The latter has seriously unsettled financial markets, and although some stability has been restored, recent events are likely to result in higher interest rates, taxes and government borrowing, and lower government spending, than previously expected. This has adversely affected business sentiment. 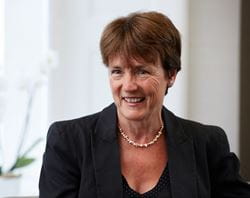 The Chancellor had promised a Spring Statement without any tax changes. He delivered on this up to a point, but we do have a surprising number of areas where more details of things already announced have been revealed for consultation.

It will be a great relief to businesses grappling to implement Making Tax Digital for VAT ahead of the 1 April 2019 starting date to read that the government has confirmed a light touch to penalties in the first year of implementation. The message is, do your best and no filing or record-keeping penalties will be charged. We were also relieved to learn that MTD will not be extended to either smaller VAT-registered businesses nor to any new taxes in 2020.

Many businesses will be familiar with the calculations needed to handle partial exemption for VAT recovery. In 2017, the Office of Tax Simplification completed its review of the VAT system and suggested how this and also the VAT capital goods scheme might be simplified. A call for evidence is expected in coming months, looking at how these rules might be simplified and improved. In the light of MTD for VAT going ahead, this seems to be a necessity if the system is to become truly digital in future.

One of the major changes announced in the October 2018 Budget was a new capital allowance for structures and buildings. Following a consultation last year, a technical note and draft secondary legislation have been published with the Spring Statement. While most of the principles have been retained, some elements have been changed; for example, the building will now continue to qualify for the allowance during any period of disuse. There will still be no balancing adjustment on sale, but the rules for demolition are amended and there is rather more to consider for leased property.

Still with business, there is going to be a consultation on another change announced last autumn which will restrict the offset of carried-forward corporate capital losses from 1 April 2020.

For employers, the National Insurance (NIC) employment allowance will, from April 2019, only be available to employers whose employer NICs cost is less than £100,000 and draft regulations will be published to implement this.

At Budget 2018, the government announced there would be new rules restricting the availability of private residence relief (PRR) for taxpayers selling their own homes. This relief from capital gains tax is one of the most valuable available as it allows all the sale proceeds, subject to occupation rules and the size of the plot, to be spent on a new home. A period between ceasing to occupy the property and the actual sale is also exempt and this CGT relief is often used by people who have had difficulty selling their home. The Chancellor announced a reduction in this period from 18 months to nine months, from April 2020. The 36 months final period exemption available to those entering a care home is retained. In addition, lettings relief whereby a maximum of £40,000 of gain per owner is exempt if the home has been rented out is also to be reformed. There is going to be a consultation on these changes.

No Budget or Spring Statement would be complete without comment from the Chancellor on moves to tackle avoidance and evasion. This time was no exception, but although there is a lot of material, it is mainly a reprise of all measures taken to tackle this area since 2010.

Read more from the Tax Faculty: