Fiscal control and the use of accrual information can play a key role in helping governments to enhance intergenerational equity. Embedding intergenerational ‘wellbeing’ into the national budget brings new challenges and opportunities.

One aspect of the system of public financial management (PFM) in New Zealand (NZ) that is rarely commented on is its role in contributing to intergenerational equity. With the ‘wellbeing’ focus of the NZ Government’s 2019 budget, the explicit reference to wellbeing being intergenerational, and the government’s desire that the legislative changes it is making be enduring, this dimension of the PFM system warrants closer attention.

Building on the Living Standards Framework

In December 2017, shortly after the current government took office, the Secretary to the Treasury gave a speech entitled Intergenerational Wellbeing: Weaving the Living Standards Framework into Public Policy. In it he outlined how the Living Standards Framework (LSF), which the Treasury had been working on for a number of years, and which is based on the four capitals of natural, human, social and financial/physical capital, could be used in policy analysis, and through that have an impact on intergenerational wellbeing.

“The LSF enables a comprehensive assessment of both tangible and intangible factors that impact on people’s lives. It’s a way of factoring social, cultural, civic, environmental and economic aspects into our thinking when we frame up policy advice.

The four capitals at the heart of the LSF – which, together, I like to describe as our economic capital – generate flows of tangible and intangible benefits that enhance wellbeing now and in the future. Intergenerational wellbeing depends on the sustainable growth and distribution of the four capitals and wellbeing flows.”

Fiscal control in New Zealand since the 1989 Public Finance Act

In the same speech the Secretary asserted that ‘For a small economy such as ours, fiscal control is critical ….’ Fiscal control, and the use of accrual information in achieving that control, is one of the features of the NZ system of PFM that has attracted much international comment. It is also worth noting the achievements of the current system from an intergenerational perspective.

Balance sheet strength benefits both the current generation, through the resilience it provides, and future generations by diminishing the burden passed on to them.

Before the passage, 30 years ago, of the Public Finance Act (PFA), the NZ Government had been running deficits for almost two decades. Such deficits passed on to future generations some of the cost of services the (then) current generation was receiving. Since the PFA was fully implemented, the government’s balance sheet has got stronger (net worth has increased) virtually every year, other than in the four years following the global financial crisis and the Canterbury earthquakes.1 This balance sheet strength benefits both the current generation, through the resilience it provides (witness the rapid recovery from the financial crisis and the earthquakes), and future generations, by diminishing the burden passed on to them. It also benefits future generations by increasing the opportunities open to the government to implement policies that enhance wellbeing in the longer term.

Put another way, the government’s ability to innovate and introduce new policy is diminished if it is currently operating close to its debt and tax-raising limits, and increased if it has greater fiscal space.

It is notable that the existing legislative framework for PFM in NZ does not require the government to lay out ahead of time (in strategic and budget documents) the outcomes (other than fiscal outcomes) that it seeks to attain through its interventions.

The Better Public Services initiative of the previous government sought to specify in advance and report on its priority outcomes, but this was not required by the PFA. What the PFA did require was that departments (c.f. the government as a whole) specify and report on their performance, an approach that has departments reporting the outputs that they plan to deliver and the outcomes those outputs are intended to generate, and to subsequently report on the achievement, or otherwise, of those outputs.

To add emphasis to this dimension of performance, the reporting of actual achievement, like the financial statements, required audit. At the whole-of-government level, there is no requirement for the government to lay out, in the budget, the outcomes it seeks to achieve, and report, alongside its financial statements, the actual level of attainment.

However, this legislation is ad hoc – it addresses only one of very many outcome areas. The Minister of Finance, in his message introducing the Treasury’s discussion paper Embedding wellbeing in the Public Finance Act 1989, stated that:

“The proposal in this document would amend the Public Finance Act to create an enduring requirement for every government to use this broader framing in the development of their budgets and fiscal policy, supported by meaningful and consistent reporting on wellbeing indicators.”

The intent, presumably, is to achieve the same success in relation to wellbeing indicators (outcomes) as has been achieved with the fiscal position.

There are some significant barriers to this.

First, an important factor in the success of the PFA was that it was introduced with bi-partisan support in parliament, giving it greater authority, and greater prospect of being enduring, than if the (then) opposition had not given their support. Had the current government expressed its wellbeing initiative as building on the work of the previous government’s Better Public Services programme, bi-partisan support might have been easier to achieve. Nevertheless, engaging on an ongoing basis with the opposition on both the approach to wellbeing and the nature of proposed legislative amendments would increase the prospect of these changes being enduring.

Second, for the wellbeing focus to be enduring, it would need to be reflected in legislation in a manner which maintains the coherence of the public management system, one of the features of the current regime. This is no mean feat, as building a management framework which is more explicitly focussed on outcomes or wellbeing than the current system, means overcoming the complexity of the personal, social, economic and environmental challenges that the government faces.

Building a management framework which is more explicitly focussed on wellbeing is no mean feat.

A specific issue which remains unclear is the manner in which wellbeing objectives will be specified, and in what form the reporting against these objectives will be carried out. The reporting requirements in the Act, which apply to departments, have been changed a number of times since 1989, but have not extended to reporting by the government as a whole. Currently, in the Treasury discussion paper, this reporting would take place in the budget, yet the budget is where one would expect objectives, rather than results, to be laid out. The alternative is some form of external reporting which would sit alongside the financial statements of government, if the coherence of the system is to be maintained.

There is no question that there is merit in developing a budget strategy against a wider set of wellbeing (outcome) objectives, rather than just fiscal objectives. Yet that is the intent of the present system, however imperfectly carried out. And specifying and reporting wellbeing is not an end in itself – it needs to work in a way that supports enhanced wellbeing. This may be the greater challenge, as it requires that specification and reporting be highly adaptive and experimental, given the complexity of the events and behaviours that make up wellbeing. For this to really work, it will need to overcome the deep-seated aversion to failure within an adversarial political system.

Specifying and reporting wellbeing is not an end in itself – it needs to work in a way that supports enhanced wellbeing.

And, third, from an intergenerational perspective, it is important that the intergenerational dimension be built into the framework. This can have political challenges, as distributing welfare over time could mean foregoing some wellbeing in the present. While this has been achieved in the fiscal arena there is no guarantee that it can be achieved in relation to the other capitals. One possible approach to the intergenerational dimension of wellbeing is to focus on the need for resilience in relation to the four capitals, through describing and managing towards desired levels of resilience for each.

The changes sought by the current government are extremely ambitious. To be successful they will need a great deal of innovative thinking and careful development of the existing management system. The achievements of the existing financial management system in NZ are clear, and are to the benefit of the economy and society. The trick for the current government will be to maintain those fiscal achievements while further enhancing the country’s intergenerational wellbeing. 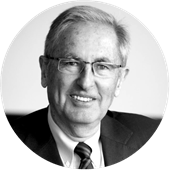 Ian Ball is Professor of Public Finance Management at Victoria University of Wellington. During his career Ian has been an academic, a senior public servant, an accounting standard setter, an international consultant on public financial management, and chief executive of an international organisation.