Europeans need to consider the real impact of ageing societies – and share the cost more fairly.

"If you have children, they hate you! They hate you because they look at the world and they know it's completely unmanageable. How are they supposed to cope?"

So says Dylan Moran, a popular Irish stand-up comedian who specialises in mournful monologues about our increasingly dystopian world. He's right, of course, and he may well not even know the half of the fate that awaits our younger generations.

Whether we call them Generation X, or Z, or Millennials, it's not the name that matters but the handicaps they must contend with. No earlier generations in Europe, other than those caught up in the maelstrom of two world wars, have been faced with the difficulties that lie ahead in the years to mid-century and beyond.

The lives of today's young people, and those of future generations still unborn, risk being blighted by demographic shifts. We can't readily change these, but we could soften the impact if we overcome our present political inertia.

Ageing is the ‘Big One’: it will re-landscape European society and politics.

Of all the issues that clamour for our attention − from Brexit to climate change, from migrants to globalisation − the one that receives scant attention is ageing and its consequences. Yet that's the 'Big One': it’s going to re-landscape European society and its politics, and the younger people will have to pay.

The real impact of ageing

Most adults in Europe are well aware of the ageing phenomenon − they're likely to see their longer lifespan as a bonus. That means turning their backs on the downside, or at the very least belittling its impact on younger people. So here is another way of looking at the demographic changes already making themselves felt.

The first impact is that of Europe's declining birthrates over the last 50 years. This has intensified in the 21st century, and now the average of 1.6 children per couple is playing havoc with the labour market. Governments talk glowingly of lower unemployment rates, but the reality is a shortage of workers now slowing economic growth. Hence the calls from employers large and small for more migrants to be allowed into the EU, especially those with skills.

The second hit to national economies across Europe is the ballooning increase in pensioners. The next 20 years will see a dramatic − and perhaps unaffordable − shift in the ratio between active, tax-paying workers and retirees drawing a pension. It's currently just under 4:1, but by 2040 it will be only 2:1.

Those pensioners will nevertheless still be voters, and that raises the alarming prospect of 'grey electorates' able to consistently out-vote younger people on sensitive issues like welfare benefits and healthcare.

Today's under-40s in the EU pay four times more in taxes than the over-65s, while receiving four times less in benefits. That imbalance is set to snowball, so tough political battles lie ahead.

On top of ageing's widely ignored side effects, there's the question of wealth distribution. Because people in Europe − and in America too, to say nothing of Japan − are living so much longer, the flow of assets to their children has slowed from a regular flow to a trickle. The increasingly serious housing problems that beset young couples are only the symptom of an impoverishment effect that goes a good deal deeper.

Ageing is the ‘Big One’: it will re-landscape European society and politics.

When the International Monetary Fund (IMF) looked at the financial outlook for younger people, it found that under-34-year-olds possess less than 5% of all the net wealth in Europe. It compared their incomes and savings with those of older people, and estimated that 90% of median wealth belongs to the over-65s.

What all this boils down to is a need for a Europe-wide fiscal revolution that will help to improve the earnings of younger people, and so enable them to bear the future costs of demographic upheaval. Tax breaks, housing subsidies, savings incentives − and above all higher wages − are urgently needed for coming generations of Europeans. 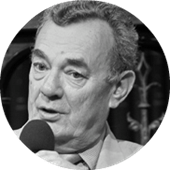 Giles Merritt founded Friends of Europe in 1999, and its policy journal Europe’s World in 2005. His career as a journalist spanned 15 years as a Financial Times foreign correspondent and 25 years as a contributor of Op-Ed columns to the International Herald Tribune on European political and economic issues. In 2010 he was named by the Financial Times as one of 30 ‘Eurostars’ who most influence thinking on Europe’s future. His latest book is Slippery Slope: Europe’s Troubled Future (Oxford University Press, 2016).