Establishing mechanisms to guarantee the well-being of future generations is not a new idea: rather, it marks the return of a longstanding principle to help build a safe, sustainable and shared future for all.

The scale of climate chaos and the unprecedented loss of biodiversity are alarming signals that humanity is living at the expense of future generations. Generations yet to be born can’t stand up for their rights: we must do so on their behalf. Establishing mechanisms to guarantee the well-being of future generations is not a new idea: it marks the return of a longstanding principle to help build a safe, sustainable and shared future for all. One noteworthy example is the Native American principle that calls for the impact of any decision on seven generations into the future to be taken into account.

Since 1946, numerous international treaties and conventions have explicitly recognised the interests of future generations, most recently the Paris Agreement and the UN Sustainable Development Goals. Over 20 national constitutions enshrine the needs of future generations. Yet the warnings of the Brundtland Report1 are as urgent today as they were in 1987. The dangers, once predicted to occur far into the future, are fast encroaching on today’s world, to the point that vast numbers of people living in vulnerable situations are facing immediate threats to their very survival.

Bringing the voice of future generations to the negotiating table is fundamental.

How to give a voice to future generations?

Bringing the voice of future generations to the negotiating table is fundamental. We need additional, innovative and far-reaching measures alongside new governance arrangements that go beyond pure rhetoric if we are to truly deliver our commitments to future generations.

Guardians or Commissioners for Future Generations are proven, innovative, independent bodies, dedicated to enhancing governance frameworks and processes by actively advocating for long-term interests. By offering advice and building capacity, such institutions have proven very effective in overcoming the short-termism and policy incoherence plaguing the decisions of today, linking citizens with governments, and working as a catalyst for sustainable development implementation.

Bringing the voice of future generations to the negotiating table is fundamental.

Such institutions, recognised by the UN Secretary-General in his 2013 report Intergenerational solidarity and the needs of future generations2, are now part of a formal ‘Network of Institutions for Future Generations’3. The network provides a platform for knowledge sharing and peer-to-peer learning. It promotes institutional protection of the environment and general well-being, for now and into the future.

For these institutions to be effective, attention must be given to a core set of principles upon which they must be based:

Take one inspiring example. In 2015, the Welsh Assembly became one of the only governments in the world to introduce a Well-being of Future Generations Act4. This sets out a sustainable development duty on public bodies in Wales, according to seven well-being goals:

To achieve these goals, Welsh public bodies need to follow five ways of working, outlined below, which comprise the Act’s sustainable development principle:

The legislation establishes a statutory Future Generations Commissioner, to act as a guardian for the interests of future generations, with key responsibilities:

Time for a fundamental change

We already live well beyond the carrying capacity of the earth: a fundamental change is urgently needed if healthy lives and livelihoods are to be maintained and cultivated. Our governance systems require innovative accountability structures, to draw us out of the present day status quo, and ensure we are making decisions in the interests of future generations, and with long-lasting positive benefits. 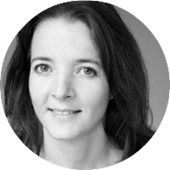 Catherine Pearce is Vice Chair of the Network of Institutions for Future Generations and former Future Justice Director with the World Future Council. She is a leading pioneer in the development and promotion of policy and governance architecture which better serves the needs of future generations and overcomes the short-termism which plagues the decisions of today. Catherine has a background in climate and energy policy at the international, EU and national levels. She is currently based in Scotland, working with public bodies to implement Scotland’s Climate Change Plan.

The Network of Institutions for Future Generations is an independent, non-formal network of institutions worldwide for the protection of the interests of future generations.