When Chartered Accountants Save The World

Why social inequality is an accountancy issue

Should social issues be on the radar of a CFO? Yes, for two reasons, argues Caroline Rees, President and Co-Founder of Shift, a highly regarded non-profit organisation advising companies, governments and investors on business and human rights.

“The first reason focuses on specific risks to the company,” says Rees. “We've lived in a universe where social risks are seen as completely separate from risks to a company, but that is not the world we're in today. These  two areas of risk are ever more convergent, in part because people have increasing expectations of companies’ conduct and can communicate fast and wide when they are not met.”

These expectations can produce “regulatory risk, legal risk, financial risk, operational risk and reputational risk – all of which are specific risks to the business. And, ultimately, many of those are going to hit the bottom line – in the near term, medium term, or long term.”

The second reason, says Rees – whose career has taken her from the former British Foreign and Commonwealth Office to Harvard University – is that managers failing to see beyond financial cost and opportunity is also a “systems-level risk”.

What she calls “the externalisation of costs and risk on to people” by, for example, driving down wages and supplier revenue and paying as little tax as possible, has played a central role in creating today’s inequalities, eroding the social cohesion and stability that businesses need as much as anyone else.

“So this systems-level risk that is rebounding on business, from these increasingly fragmented and tension-riven societies that result from gross inequalities, is going to hit CFOs’ interests pretty hard in the coming years,” she says.

The power of finance

Rees isn’t picking on CFOs because she wants to bash finance professionals, though – she sees them as vital in shifting the role of business in society, which will benefit everyone.

She gives the example of work Shift did with ‘extractive’ firms, such as mining, oil and gas companies, to understand the costs of conflict with the communities in which they operate. “What we saw there from a CFO/financial perspective was lots of different budget lines,” she says, with no one able to explain them in context.

“So people would say: ‘Oh, well, security costs went up’; ‘Our HR costs went up’; ‘We had a delay in getting that permit.’ But nobody was adding it up and saying it's all got one root cause. It all comes down to the point that our relationships with local communities are so corroded and everything flows from that,” she explains.

“So we need accountants to look behind the numbers with a less quantitative, mathematical mind and a more anthropological and human mind, and say: ‘Why?’.”

Natalie Nicholles, Senior Director at the Capitals Coalition – a global collaboration that aims to transform decision making – says: “Too many businesses are making profits at the expense of the most vulnerable in their own organisations and supply chains. And that's a way of doing business that is becoming less and less acceptable.” She sees the accountancy profession as key to finding a solution.

Rees is keen to point out that if finance teams don’t engage in these more wide-ranging, non-financial conversations, which aren’t always comfortable for them, then the business won’t change in the way it needs to. So, for example, issues of an unequal workforce can’t just be left to a diversity and inclusion function or the HR team, says Rees.

“These are structural issues that cannot be resolved solely through the discipline-specific person who sits closest to the symptom, which, for example, could be that there aren’t enough women in management positions or enough ethnically diverse people.

“It has to be approached by those who are central to the very design of the organisation itself and its place in society. The CFO should be part of that group because, at the end of the day, the organisation is there to make profit. That’s not its ultimate purpose, but it is one of the things it has to do to survive.”

One place where business has always had a direct effect on social equality is in the payment of wages. But here, too, views are changing.

Wages have traditionally been seen as a major cost that businesses must limit to ensure that they make a profit, reinvest and grow. But the ‘living wage’ movement argues that paying a living wage – the minimum income required for someone to meet their basic needs, based on where they live – improves employee engagement and effort at work, as well as enabling financial security and physical and psychological well-being. And it is these last two benefits in particular that make a more equal society, which, as Rees argues, is necessary for the long-term health of any business.

Nicholles in her work at the Capitals Coalition is collaborating with Shift on Accounting for a Living Wage, a joint project to build an “accounting model that measures progress towards paying a living wage in a company's own workforce and first-tier supply chain”, she says.

She points out that some of the world’s biggest companies are already making progress: “We're not trying to reach companies like Unilever and L'Oreal – they're already doing it. We're trying to get the rest of those companies who are so scared of doing it – and so saying nothing or thinking: ‘If I do this, I'm going to get crucified’.”

The project will look “to build positive incentives for more companies to take action on living wages, reduce the externalisation of costs on to workers and help reduce inequalities”, Nicholles says. The project aims to create an ‘accounting model’ that Nicholles explains is “something that is standardised and sufficiently simple to capture progress towards a living wage and enable company reporting”.

Nicholles highlights the big shift in thinking as moving from “seeing wages as a cost to seeing it as an investment in human capital and therefore an asset in which you invest”. She says that the crux of the project is getting accountants, finance professionals and a general business audience to understand and support this shift.

She points to business being much further ahead in how it thinks of the environment – or ‘natural capital’ – as something to invest in rather than generate costs. “With natural capital, we've done much better at being able to value greenhouse gas emissions and biodiversity loss, even though that's actually quite difficult still to do. But when it comes to people, our accounting models exclude them; they're just complete externalities,” she says.

But both Nicholles and Rees remain confident that change is coming – and that accountants are at the heart of it all. “What is it really about?” asks Rees rhetorically. “It’s about accountability. That’s the public service that accounting is supposed to be. And if we look at the narrative about what accountability must mean – today and in the future – then the role of accountants has to catch up with that.”

But what gives Rees certainty that the business world really is at an inflection point is “the number of business leaders and investors saying that the system of the past 50 years failed. And I almost don't care what proportion of them are saying it, but not acting on it yet because once it's said, and once it's said at scale, the narrative changes. The action of those that are more cynical will have to follow – and the licence is there for government to move.”

Our major content series explores how chartered accountants are helping to tackle some of the most urgent social challenges within the UN Sustainable Development Goals, and considers how the profession could do even more in the future. 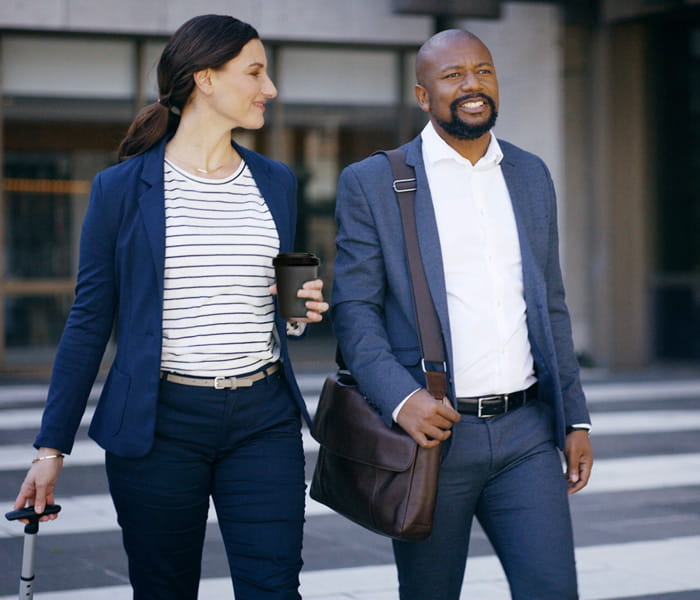 What it’s like being a climate activist in Uganda
The world needs activists to bring the biggest problems into stark relief, argues Evelyn Acham – the more the better.
Adair Turner: The mistakes we’ve made on climate, and where to focus now
The inaugural chair of the Climate Change Committee explains how the climate crisis breaks down into two distinct problems and discusses our chances of resolving them.
Michael Izza on members’ core role in tackling the climate crisis
ICAEW’s chief executive explains why and how chartered accountants must help solve the biggest problem the world’s ever faced.
Climate risk is an “inescapable” part of chartered accountants’ remit
For those looking to future-proof their career, being able to embed climate change and wider sustainability issues into business strategy and planning, risk management, procurement and performance management is essential.

Information on the UN's Sustainable Development Goals along with inspiration and tools for contributing towards them.

It is estimated that in 2019 there were 40 million people in the world living in conditions of slavery or working under forced or compulsory conditions.