COVID-19 is likely to further spur the global trend towards tax digitalisation. David Lyford-Smith from ICAEW’s Tech Faculty considers changes that will help automate processes to make them more efficient and points to ongoing challenges, such as digital exclusion.

The coronavirus pandemic has placed a massive challenge in the path of tax authorities globally. They have had to continue with business as usual during the crisis while managing additional work and support schemes within short timescales, explains David Lyford-Smith, a technical manager with ICAEW’s Tech Faculty.

In some instances, the pandemic has led to process adjustments and deadline extensions. For example, in March 2020, HMRC in the UK allowed businesses participating in Making Tax Digital (MTD) for VAT more time to implement digital links in their recordkeeping.

Indirectly, the pandemic has also accelerated digitalisation as individuals and businesses have become more accustomed to dealing with each other remotely.

Lyford-Smith is currently researching the latest international developments in the digitalisation of tax, including the impact COVID-19 has had on progress in this area. This research will expand on the Tech Faculty’s 2019 thought leadership report, the Digitalisation of Tax: International Perspectives, and look at changes that have been implemented, challenges that need to be overcome, and lessons from a range of countries at various stages of the digitalisation journey.

Japan, Kenya and New Zealand are among the potential new case studies that will be added in the 2021 report. Lyford-Smith says: “Japan is an interesting case as the country has previous experience of handling large-scale emergencies, such as the 2011 Tohoku earthquake and tsunami and the related Fukushima Daiichi nuclear disaster. I’m hoping to see whether the preparedness work they have undertaken to cope in these situations will have helped them during the pandemic.”

He adds: “Kenya’s extensive use of the M-Pesa digital money system provides an interesting example for how new payment technologies can change an economy, including how tax operates. And New Zealand has carried out an ambitious cross-government digitalisation effort that continued even while the pandemic was in full effect.”

The 2021 report will also revisit some of the previous case studies. Lyford-Smith says: “There is good practice to be found in a lot of different countries. We look at different types of economies, large and small, to get a broad view. Some of the countries we have looked at previously were included because they had issues or had misstepped, so there were good lessons to be learned.”

Estonia is one of the countries featured in the 2019 report and stands out as an example of advanced digital transformation. “Estonia put a lot of effort into the digitalisation of its government and systems and I think that has really paid off for them,” says Lyford-Smith.

A single shared platform, called X-Road, links all aspects of citizens’ digital identity from a single secure identity logon, according to the 2019 report. This then also enables the government to provide pre-populated information, with the average Estonian tax return taking approximately five minutes to complete.

Digital identity is among the key themes that the 2021 report will be exploring. Lyford-Smith explains: “If you’re looking at automating and simplifying tax administration, it’s much easier if you have a single, reliable system identifier for your taxpayer across all of your systems.” However, many countries – including the UK – do not have this. Some may have separate forms of identification that databases try to pair up but may not be inherently linked, says Lyford-Smith. “If you are looking to be really efficient and move towards next generation administration, then this would be a barrier.”

In March 2021 ICAEW’s Tax Faculty described the UK’s lack of a unique tax identifier as a “major impediment” in its response to the Office of Tax Simplification’s call for evidence on the smarter use of third-party data to make tax easier.

The Tax Faculty added in ICAEW Rep 31/21: “To enable accurate and useful taxpayer data to be entered directly into HMRC systems, a comprehensive and reliable identification system will be needed. The UK does not currently have a system of unique identifiers which covers all individuals, and although the national insurance number is perhaps the most common suggestion, not all UK taxpayers are required to have one.”

The ability to prepopulate forms with information already collected by the tax authority or other parts of government is one of the advantages of a unique tax identifier, making the process quicker and more efficient. However, this also involves collaboration with third parties and still holds potential for error.

In ICAEW Rep 31/21, the Tax Faculty warned: “There is a danger that prepopulated data could be accepted as being automatically correct by taxpayers. Clarity is needed on whether HMRC or the taxpayer will ultimately be responsible for checking its accuracy. A system will also be needed to allow a taxpayer to challenge and correct the data and to determine who would be responsible for making corrections.”

Lyford-Smith also emphasises that when implementing a single identifier, you have to make sure that it is not just universal but robust and secure. “There is a security angle and a data protection angle, to making sure that the person who is trying to access the tax data and file tax information is who they say they are.”

Another key challenge for tax administrations is mitigating the impact of digital exclusion. Various factors could stop individuals from using an online system, including locations with limited access, costs, skill, generational differences or even an unwillingness to interact digitally. “You can’t design a system that doesn’t think about how you deal with people who don’t fit into it. It has to be part of your planning from the very beginning,” says Lyford-Smith.

There will still be demands for other traditional forms of service delivery, including paper and telephone communications.

Difficulties can also emerge when moving from old systems to new ways of working, including if changes are brought in too quickly. Lyford-Smith says: “This can increase the cost of compliance, if the new system isn’t quite ready or if people don’t have enough time to get their systems ready.”

He suggests the best results have been attained where changes have been rolled out steadily. Some countries implement this geographically, by sector or through different types of taxes. Pilot schemes and rollouts can also be used to help identify and fix problems, says Lyford-Smith. “The point is not to do too much all at once.”

He adds: “It’s an often-stated goal to simplify tax but the tax system isn’t complicated just for fun, it exists to try to capture the complexity of the real world. I do think it’s easier to automate and create efficiencies where taxes are simpler, but creating simple taxes isn’t simple.”

Lyford-Smith also highlights the importance of having a proper legal framework in place and an approach that is broadly accepted across the political spectrum so that improvements and efficiencies can be made on a long-term basis.

He concludes: “The move towards digitalisation has become more universal. I think most tax administrations are looking at digitalisation to one extent or another. Many are also starting to think not only about the first wave of digitalisation – doing processes online instead of on paper – but really trying to properly transform how tax works and getting more automatically embedded as part of tax activity.”

“I think one of the longer-term goals would be to work on the digitalisation of international taxation. As businesses move online and sometimes have no permanent establishment in the country of their customers, current tax rules are struggling to identify where tax should be paid. Projects like the OECD’s work on base erosion and profit shifting will naturally rely on ever-closer collaboration between national tax administrations and sharing information will be powered by digital automation.” 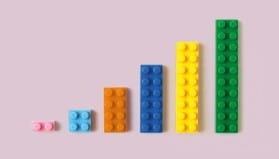 Do you use Excel in your organisation? Are you using it to its maximum potential? Develop your skills and minimise spreadsheet risk with our Excel resources. Join the Excel Community