If there is one sector that has captured the world’s imagination in 2021 it must be biotech. And it’s firmly on investors’ radars too.

It’s a wonderful thing when disciplines come together to enable growth. The vaccines being developed in response to COVID have brought home the value of the life science sector to individual economies, let alone health. And we have come to understand how investment underpins science, health, economic development, business clusters, ecosystems, talent creation, and so on.

In Glenn Crocker, there is a similar coming together of disciplines. He is a Chartered Accountant who trained with EY, and a scientist with a PhD in immunology. Dr Glenn Crocker is also an MBE – for services to the biotechnology industry – and he is the Chairman of BioCity Group, albeit that BioCity itself has just been the subject of M&A activity.

In April 2021, We Are Pioneer Group was formed through the acquisition of BioCity Group by Trinity Investment Management (a property firm). The £120m deal will result in 10 locations (labs and offices) across the UK, and an expansion in the accelerator programme to help early-stage biotech companies scale up faster. The new group will host 650 high growth businesses – 10% of the country’s life sciences ecosystem. The deal was funded by Trinity and global real estate investor firm Harrison Street, which own the underlying real estate through their existing joint venture.

The upshot of this investment activity will be the creation of the UK’s largest life sciences ecosystem, which will benefit the companies within by increasing opportunities to collaborate and nurturing talent, ideas, pipelines, partnerships and tech transfer. But importantly, it will also ensure even greater availability of the specialist and very costly lab space in which ideas are scaled up and businesses are born. Further, We Are Pioneer Group’s National Accelerator Programme will amplify BioCity’s work across the UK and North America, where Harrison Street is already an investor.

The stage is being set for a very active biotech investment landscape going forward. “The way that we work is to have a team of new venture developers who create and develop new businesses. They spend a large amount of time working with scientists – from universities or entrepreneurs from large corporates – who have an idea for a business, but it may not be formed into a proper business-plan or they might not know where the market is,” says Crocker. “The team works with them for anything from three months to two years to develop the business, and then the investment team gradually gets involved when the venture developers indicate that they should do so.”

Due diligence is undertaken through a steady process of getting to know the company and its discoveries, and, importantly, getting to know the management team. “When the investment team moves in, they will undertake a more traditional style of due diligence prior to – hopefully – making an investment,” says Crocker. “But the funnel is very wide. There are a lot of companies that come in at the top and only a few will drop down to the bottom and receive investment. That model is unusual but it’s pretty successful.”

He is at pains to point out that investment is in both people and ideas. “You can have a fantastic idea but a poor management team, and then the idea won't go anywhere. But also, we have invested in people where, for example, we were not entirely sure about the idea yet, but there was something about the people that made us think that, even if this idea did not work, they would come up with something that would work eventually. The reverse is also true: there could be amazing technology coming out of a university, for example, but the team isn't right. In that case we would put in a chief executive or a chair to make sure the team is right.” The time invested in the beginning is crucial – and for these seedling businesses it is tantamount to free business coaching.

But this coaching work can also be formalised and commercialised through working with universities to help prepare spin outs for the next stage of development. Pharma companies and economic development agencies also take up programmes for which they are prepared to pay – the programmes help build the pipeline and generate new business. “In this way, you can build a broad business base very quickly,” he says.

There is nothing to say all this development work has to be confined to UK participants. “We get teams from companies from, for example, France, Spain, Russia, Poland, and elsewhere, coming to us for our programmes who have moved to the UK. They base themselves in the UK and then sometimes end up staying.

So, what is the ideal life sciences investment? “It's something that has a large market size,” he responds. “It's got to have significant potential to grow. It has to be scalable and it must be able to achieve a decent exit valuation. We have to be able to see a route to exit because ultimately we want to get a return on our investment. We know that if we can grow a business relatively quickly, and it's in the right niche, somebody will buy it in three-four years’ time, and we will get a good return on our initial investment. We tend not to invest in companies that already have had a few rounds of investment.” Proper protection of the intellectual property is clearly key, as is the business model.

As for the BioCity merger, that will deliver an awful lot more of what has gone before but with the extra real estate dimension that really ramps things up. Crocker describes the coming together of these key players as “a really powerful combination”. “The whole thing just got massively bigger,” he says. “We’re also in the process of raising another fund to invest in all this start-up activity and to make follow-on investments into some of the stars we have previously seeded.”

COVID has raised the profile of life sciences significantly, and the investment going into these companies in the UK has never been higher. What is more, there is a huge volume of capital trying to find a home in life science real estate in the UK. Why? It is considered recession-proof. “Potentially, there will be some changes in the way that people work but, ultimately, everybody who needs to work in a lab will need a lab to work in,” he points out.

As for We Are Pioneer Group, it is headed for expansion across the UK and then into mainland Europe. “The model works so it is now down to making it bigger and spreading across more sites,” he concludes.

BAS connects entrepreneurs, start-ups, and small and medium-sized businesses with ICAEW regulated accountancy firms who will provide a free initial consultation without obligation. 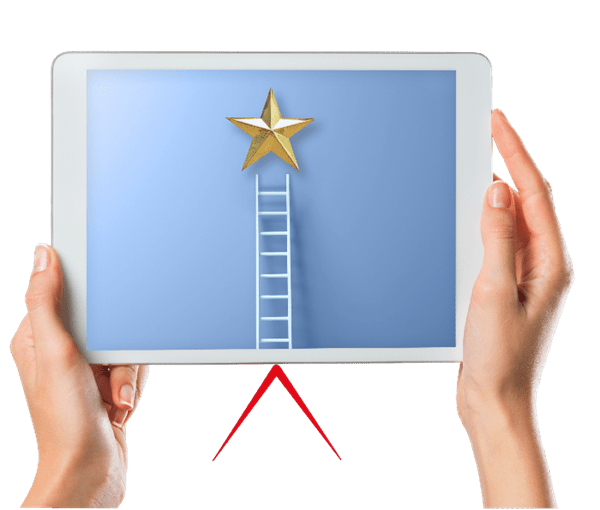 This event is for anyone that is aspiring to be the very best finance leader. It will cover developing resilience, technical updates and insights into how peers have overcome adversity during the past 12 months.